Why did you make this work:
NEURO SYSTEM WALL and PORTRAIT WALL are two infographics/artwork designed and fabricated as part of a series of commissions across the Sid Watkins Building, Walton Center Hospital, located in Liverpool- UK. Underpinned by an overarching theme of connection, momentum, response the artwork have developed from the cogs of the Walton Way, in order to illustrate the different realities of neurology.

How was the illustration used:
The project has intended to enhance environments through involving staff and patient groups, giving people a voice. The idea of chain reactions, synapses, and connections is a theme across artworks, with individual approaches in each area. This links to both the neurological work within the Trust, and the concept of a new space within which many elements work together.

How did you make this work:
Alter months of research, consultations and collaborations with consultants and other staff at the Walton Centre, sixteen diseases were selected to be illustrated. Collage and illustration were the technique used to represent the fabric of stories that these diseases share. The work is displayed alongside the corridors of the top floor of the building using digitally printed vinyl wallpaper.

Biography:
Illustrator and graphic designer Vane Julian and digital artist Andrea Pazos, has worked together under the name of "Cromatic Lab" in several projects, such as the decoration of a facade of a building in one of the main streets in Brighton using illustration printed on tiles. Both, with their own projects on the side have worked for Bolimini Art-Education, Z-arts (MNR), Delia Derbyshireday (MNR) and Manchester Metropolitan University. 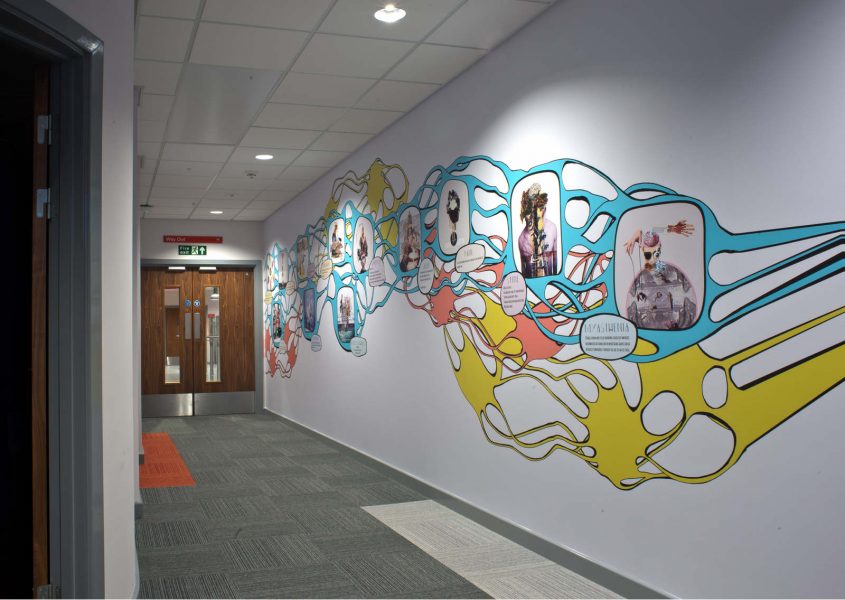 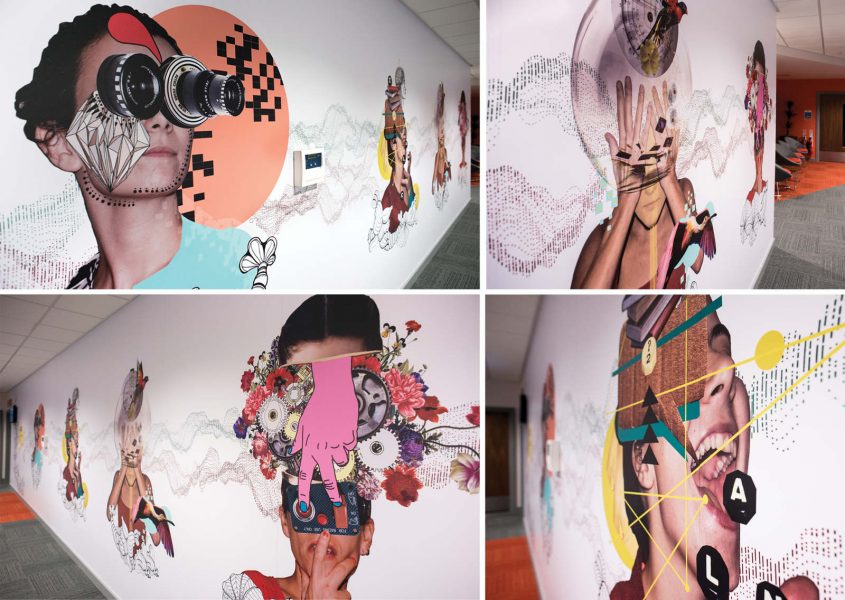 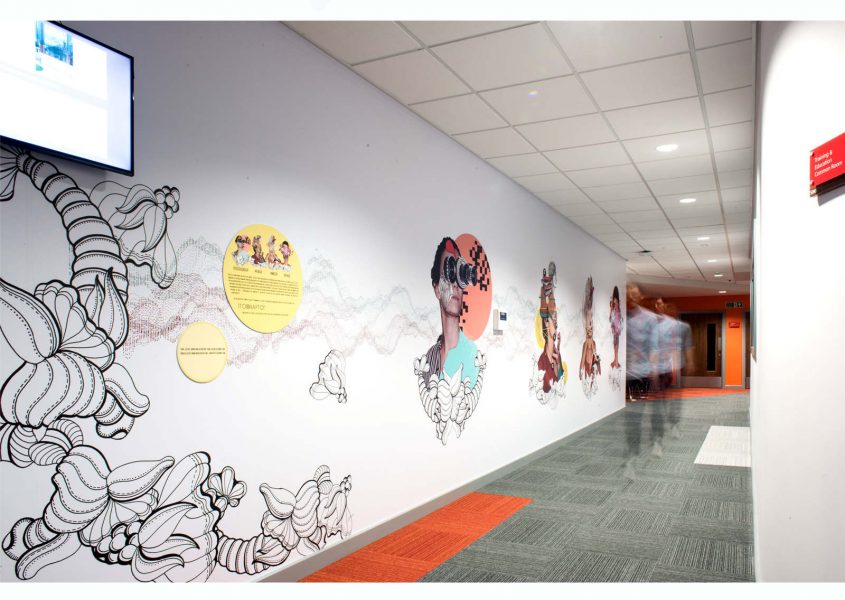 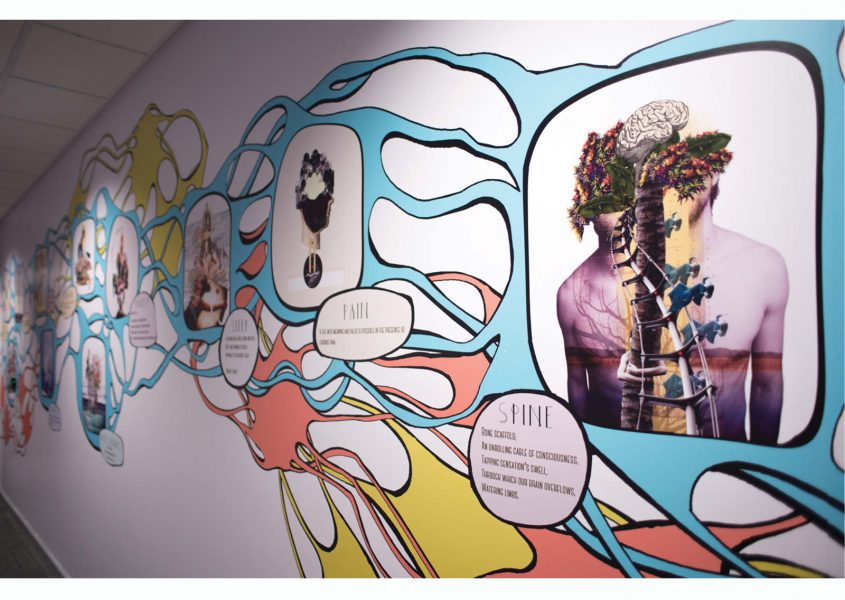