Why did you make this work:
The commissioner, RMIT, had been accepted to present animations as part of Melbourne’s White Night. Through a brief and a call for proposals, ‘Night, Good Night’ was selected to be made. It was timely, as I had been exploring video projection and collage illustration.

How was the illustration used:
As a White Night Festival video projection on Building 2, RMIT along Bowen Street, Melbourne, Australia.

How did you make this work:
We were given a building facade to project on. Windows and walls - a different kind of screen. What if we pulled a window pane out in 3D? What if window panes were comic panels? I wanted to combine the theme ‘Night, the beloved’ and my hometown, Kuching, Sarawak into a singular projection. After the initial sketch and storyboard, this animation collage was created digitally with After Effects.

Biography:
Vann Law is an animator currently based in Singapore. Raised in Sarawak, her works have been screened at film festivals and events, notably Melbourne International Animation Festival, White Night and Noise GIFFest. While working on commercial projects, Vann is building her body of original work exploring ideas of home and identity with an interest in South East Asian experiences. 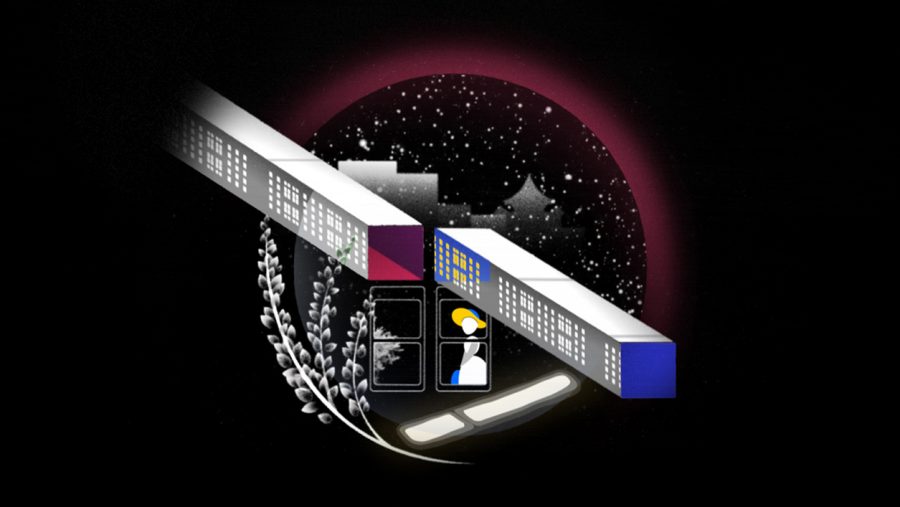