Why did you make this work:
I was commissioned to illustrate a picture book describing the night-time world which goes on when children are asleep - from bakers preparing bread and cakes, to firefighters waiting for a call, to hospitals helping people have babies and caring for those who are ill.

How was the illustration used:
The illustrations for this project formed a forty-page picture book, including front cover and endpapers. The majority of the book is made up of double-page spreads which fill the area and have text incorporated within the scenes.

How did you make this work:
The illustrations were initially large scale, black and white drawings done in pen & ink with collaged elements which were imported into photoshop and then colourized.

Biography:
John Broadley has been active in illustration and small press publishing since the mid 1990s. His work is used to decorate the interiors, menus and branding for Quo Vadis restaurant Soho. He has designed a range of packaging for brands including F&M and Berry Bros as well as ceramics for the Fine Cheese Co. John has illustrated several food and historically themed books, as well as many magazines. 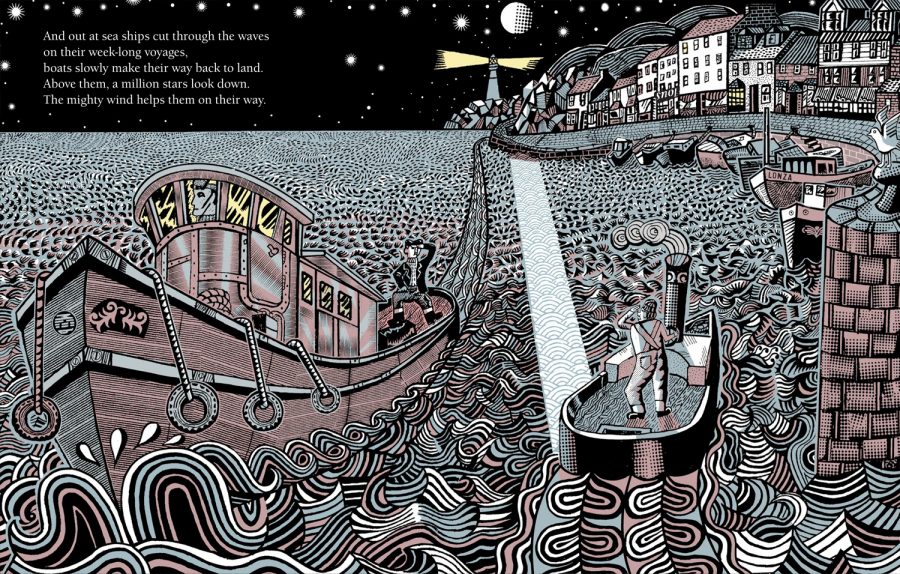 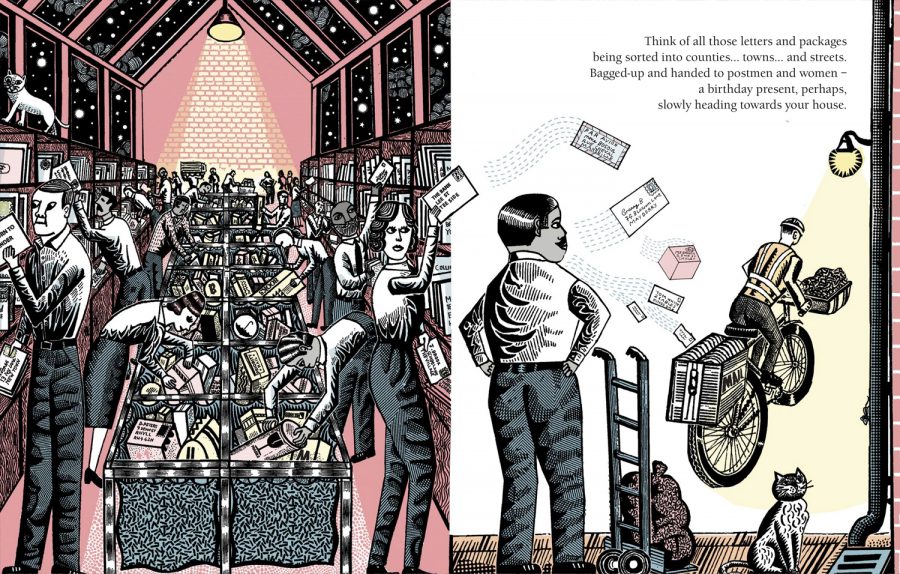 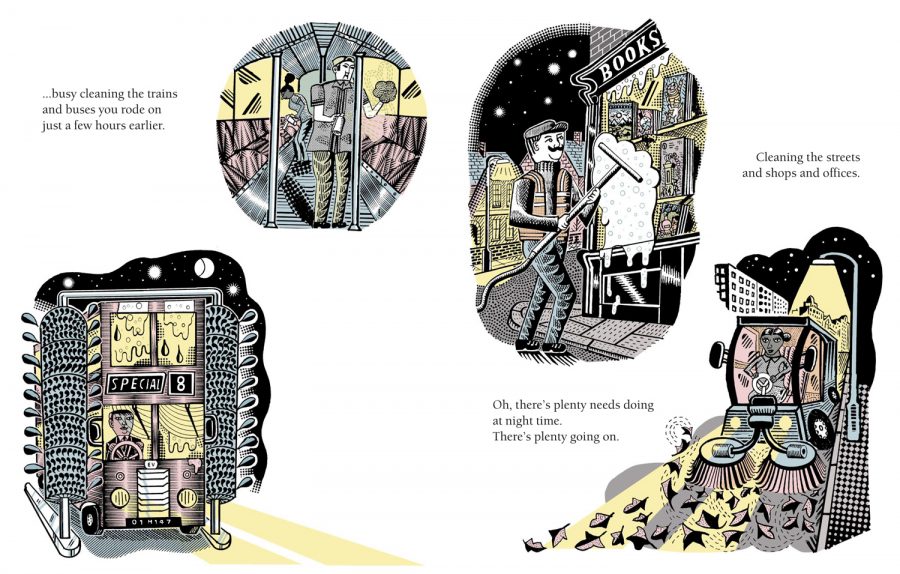 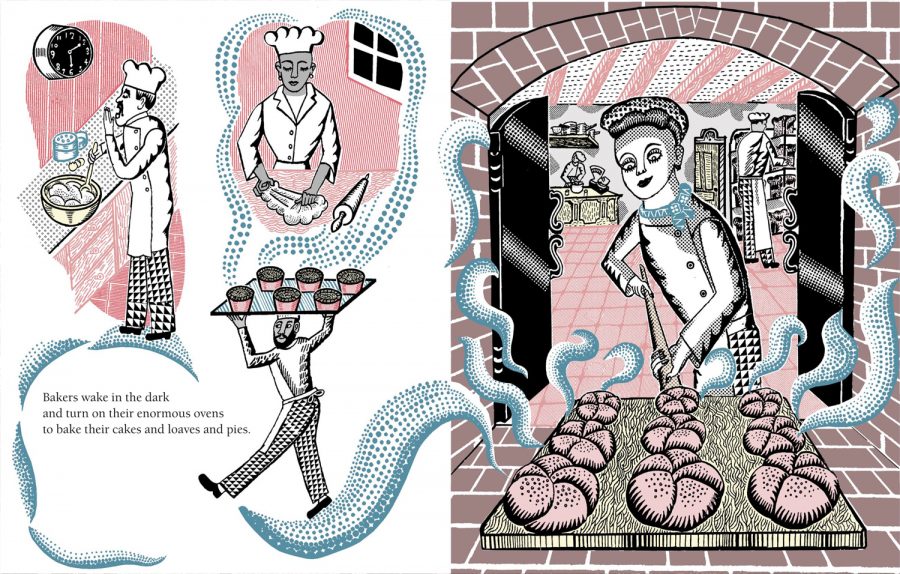 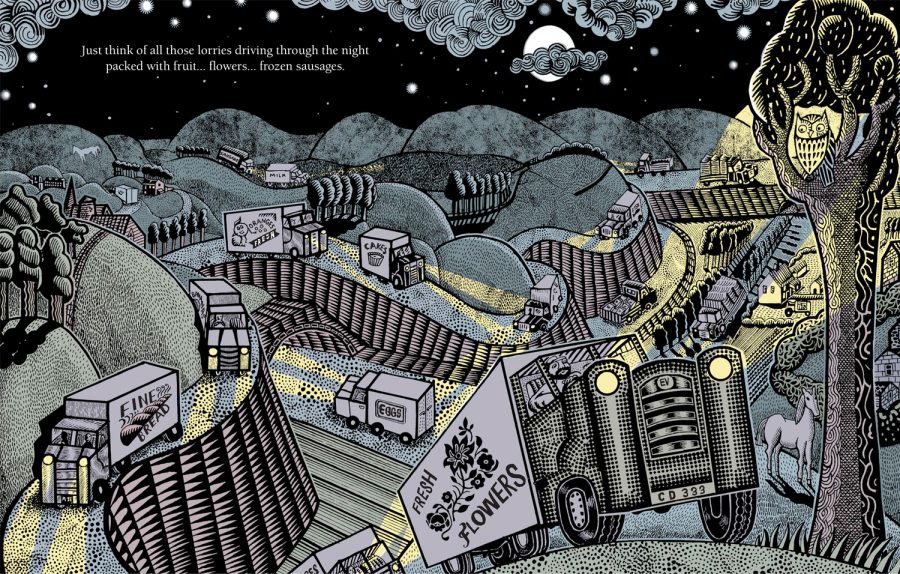