Why did you make this work:
Children's Picture Book author, Fiona Barker, has written a beautiful story about a young Japanese ama diver, named Setsuko, who befriends a humpback whale. Their way of life is changing, and together, they become conscious of the impacts of human pollution on the marine environment around them. With a background in zoology and marine mammals this was a project close to my heart.

How was the illustration used:
The illustrations are for a children's picture book, "Setsuko and the Song of the Sea" written by Fiona Barker. Published in April 2021.

How did you make this work:
Japanese woodblock prints, manga and anime are artistic influences throughout. This led to a decision to include Japanese phrases (alongside Fiona's text and translated by Hideaki Matsuya) to help transport the reader to Japan. Setsuko's design is based on Japanese ama divers. The artwork was painted digitally, although scanned painted washes and textures are also incorporated.

Biography:
Howard has a background in zoology, and a PhD in Arabian dolphin phylogenetics. His research has taken him to Oman, where he worked with a team studying the amazing diversity of marine life in the region. Having always enjoyed producing artwork, Howard returned to pursuing his dream career of becoming a children's illustrator in 2016. These days, he lives in the picturesque city of Durham, UK. 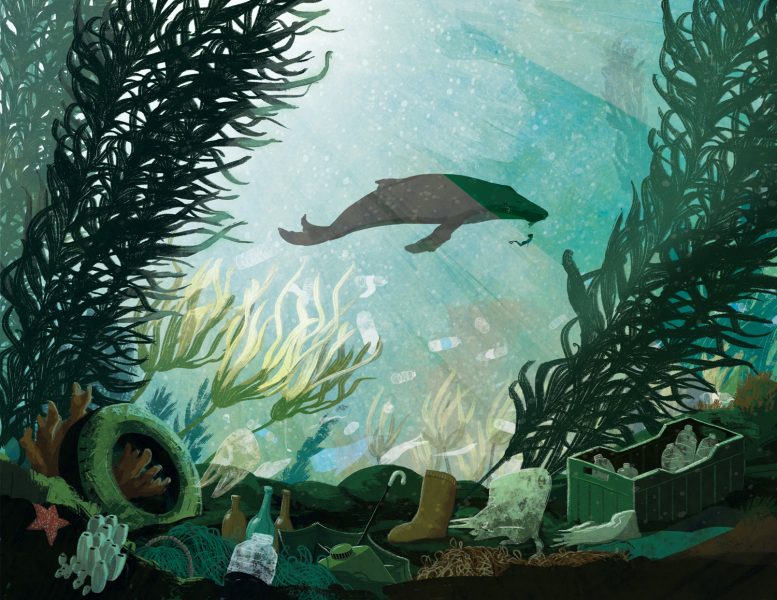