We’ve rounded up a selection of illustration projects from the WIA2020 shortlist that have been commissioned by the world’s biggest brands. We wanted to showcase how global companies often use illustration for a more human touch.

From Netflix to Facebook, illustration is used world-wide for those occasions where a stock image or design isn’t quite enough to convey a message. Illustration has a unique ability to communicate conceptual ideas quickly and powerfully, which many brands are utilising to great effect to enhance their reach and impact visually. 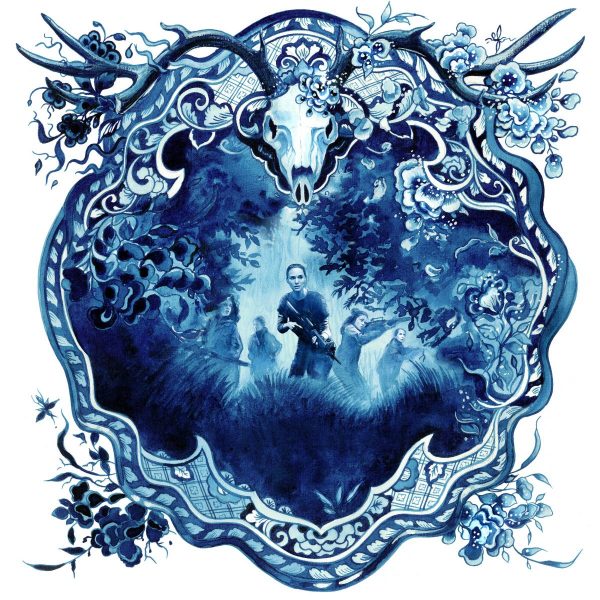 Anna’s was commissioned by Netflix to create a mural for the company’s headquarters in Amsterdam. The works are painted in a traditional 17th century Dutch ‘Delft Blue’ style, while retaining the character and iconic imagery of the Netflix Original films.

Anna Sokolova is an award-winning illustrator and artist based in Berlin, Germany. Anna works with mixed media, merging the traditional and innovative approaches. 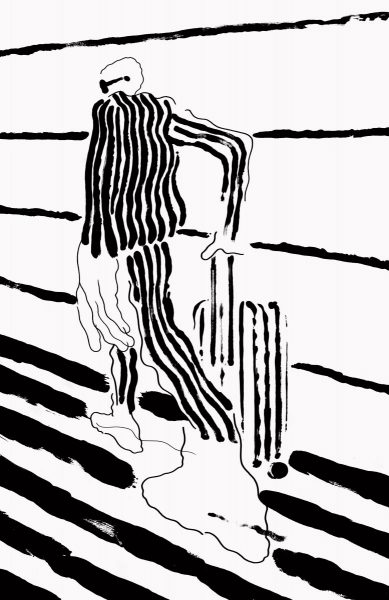 Jan was commissioned by luxury luggage brand Rimowa to create illustrations around the theme of ‘travel with purpose’. The illustration takes the iconic grooves that feature on Rimowa’s luggage, and uses these to create the structure of the image, bringing together a creative approach with the brand identity. The illustration was drawn with ink and acrylic paint, using pens and brushes.

Jan Robert Duennweller is an illustrator based in Passau, Germany. In 2013 he graduated with an MFA after studying industrial and graphic design in Istanbul and at the Bauhaus University in Weimar. Clients include: Apple, New York Times, Pentagram, Die Zeit.

Amber Vittoria : Women In The Workplace 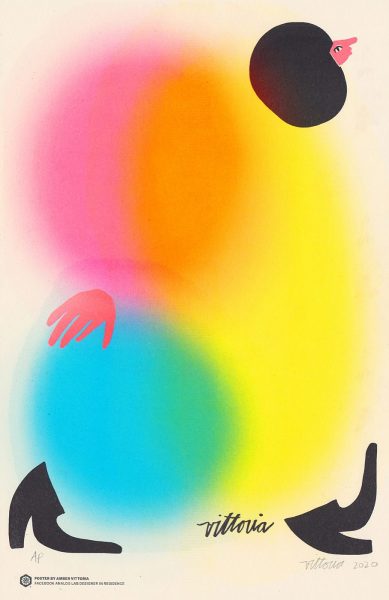 Amber Vittoria was commissioned by Facebook to create a series of artwork for its offices, celebrating women in the workplace. Amber used Facebook’s analogue lab of tools and equipment to create these pieces using risograph printing, giving a range of tones and bold colours.

Amber Vittoria is a Forbes 30 Under 30 artist working in New York City. Her work focuses on the portrayal of women, and she has collaborated with like-minded brands, such as NBC, Gucci, The New York Times, and Instagram. 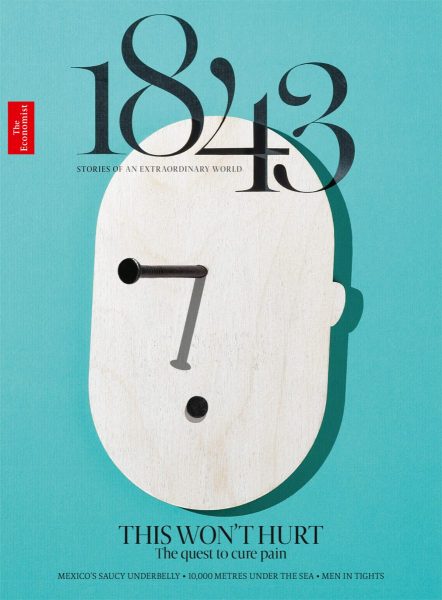 Noma’s cover and inside illustrations show experiences of chronic pain. The work was commissioned by Gary Cochran, the art director of 1843 Magazine, The Economist’s sister magazine of ideas and culture. The illustrations are created using vectors and collage.

Noma Bar is renowned for his ability to see things differently and his use of negative space to create witty double-take images. His bold use of colours and iconography makes his style instantly recognisable. 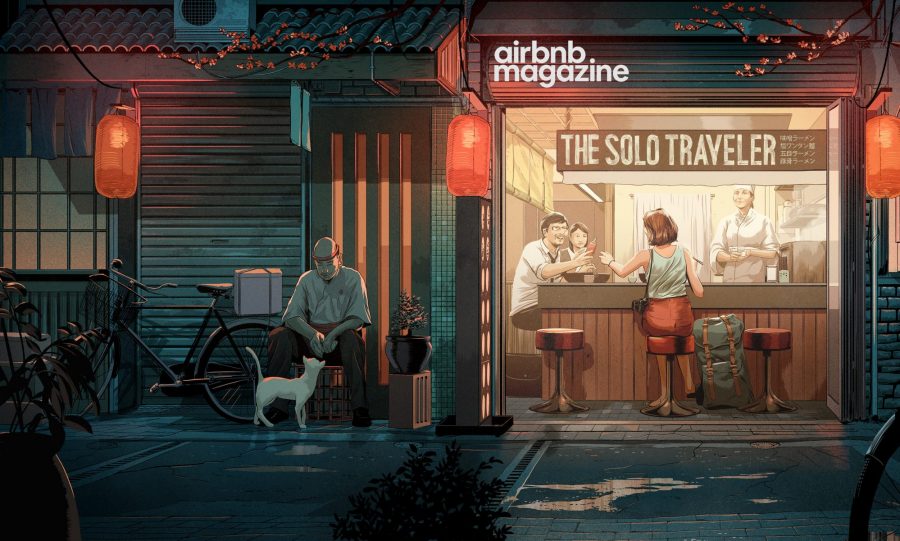 Guy was commissioned by Mallory Roynon at Hearst group to create a wraparound cover illustration for Air BnB Magazine, on the theme of solo travel. His piece focuses on the joy of local knowledge. In this image, a local couple pass a sauce bottle to the tourist at a ramen bar. The work was created digitally in Photoshop.

Guy Shield an illustrator based in Melbourne, Australia. He’s been working for over a decade now, for a variety of publishers, advertisers and other clients around the world. He is represented by the Jacky Winter Group. 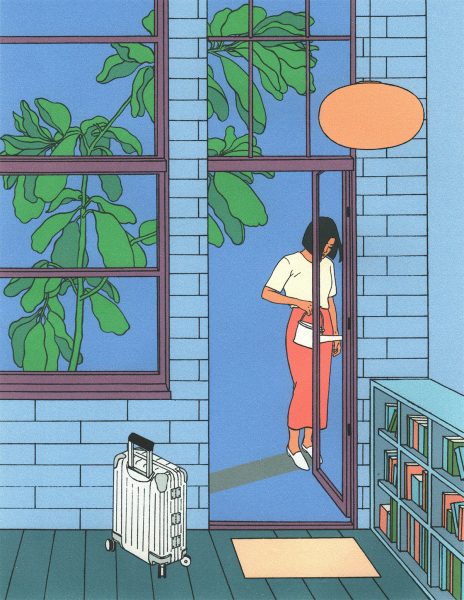 Another illustrator to be commissioned by Rimowa, Manshen Lo was asked to create a series of three illustrations that show the quiet moments of the business traveller’s lifestyle. The works were used on social media and instore.

This work was part of Rimowa’s drive to market its products to a younger, millennial clientele, by using illustration to capture a more contemporary tone and aesthetic. The works were made using brush with ink on paper, and coloured in Photoshop.

Manshen Lo is a Chinese visual artist living in London. After graduating from the Royal College of Art, she began work as an illustrator and art director, working for major, global brands 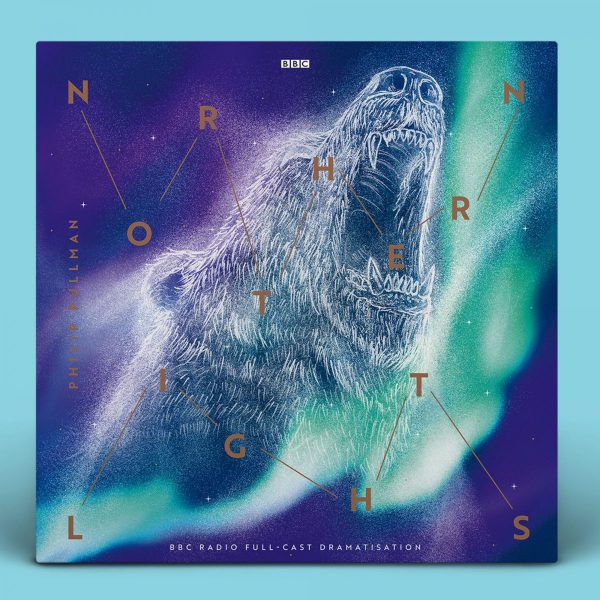 Tom was commissioned by the BBC and Demon Music Group to create a box set of 9 LPs of the music from the BBC’s TV adaptation of Philip Pullman’s His Dark Materials trilogy. The illustrations are designed to appeal to old and new fans, featuring characters from the stories, the pivotal ‘dust’ providing texture, and text overlaid using copper metallic printing.

Tom Fournier is a Welsh Graphic Designer & Illustrator. Tom is the Creative Director at Oink Creative, and has worked on projects for Universal Pictures, Kraken Rum, Demon Music and BBC to name but a few. 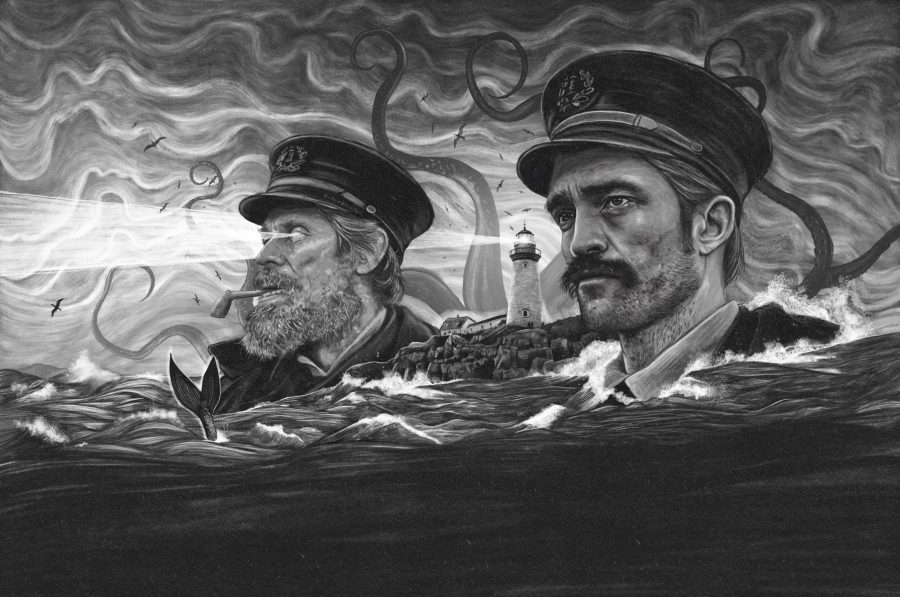 Peter lives and works in Belfast, Northern Ireland. His work is inspired by film and music as well as social, political and cultural issues. 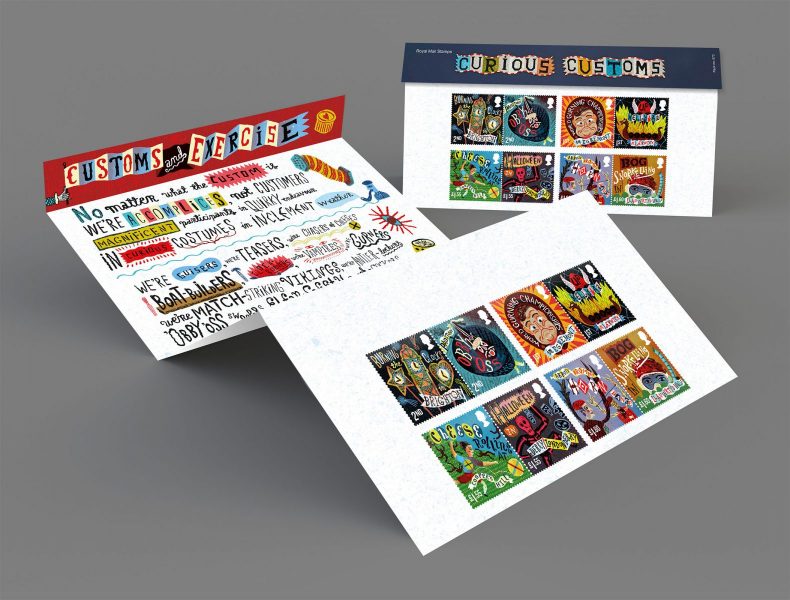 Jonny was commissioned by Alan Dye and Kirsty Whittaker of NB Studio to create artworks for a set of eight stamps for the UK’s postal service, Royal Mail, celebrating many of the UK’s quirkiest traditions, from Bog Snorkelling to Cheese Rolling. The illustrations were created using painting and drawing, and finished in Photoshop.

Jonny was born in Dunfermline, Scotland. He studied at Liverpool School of Art and The Royal College. He now lives in Southampton and has been represented by Heart since 1999. 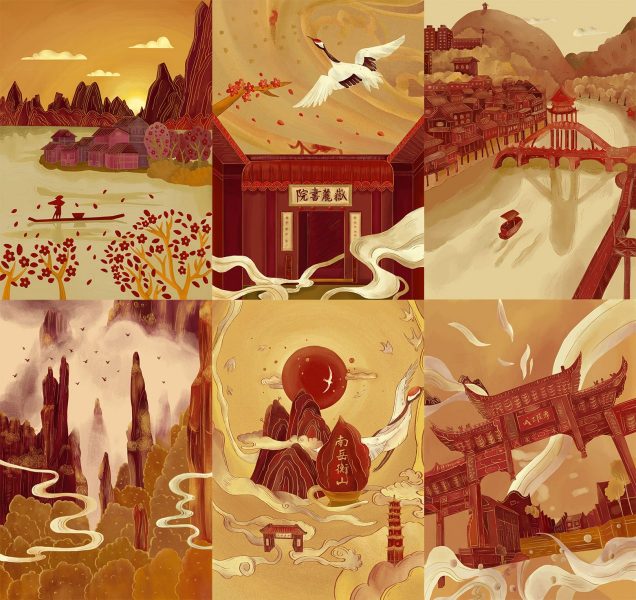 Carlsberg launched their ChongQing brand in Hunan Province, China in 2015. Following a drop in it’s market share, Carlsberg Great China commissioned this new series of six illustrations to reposition and refresh the brand, using images of scenery from Hunan. The illustrations were created digitally, for use on packaging and marketing collateral as well as social media.

Handowin HE is an author-illustrator based in NYC, USA and Shanghai, China. She is a current student at the School of Visual Arts, New York, studying for her MFA in Visual Narrative.

If you enjoyed this curated list, why not have explore the full WIA2020 shortlist, for more inspiration!