Why did you make this work:
I was commissioned by Gary Cochran, the art director of 1843 magazine, The Economist's sister magazine of ideas and culture. I was told to come up with a creative way of showing chronic pain.

How was the illustration used:
The illustrations were used as both the cover of the magazine, and to accompany the long form article within.

How did you make this work:
I sent a series of roughs with different ideas to the art team. We worked from there. For the final illustrations I used mainly collage and vectors.

Biography:
Artist Noma Bar is renowned for his ability to see things differently and his use of negative space to create witty double-take images. His bold use of colours and iconography makes his style instantly recognisable. Noma has published illustrations for magazines and books worldwide. He has released three books, was nominated for Design Museum, Designs of the Year and has won a Yellow D&AD Pencil 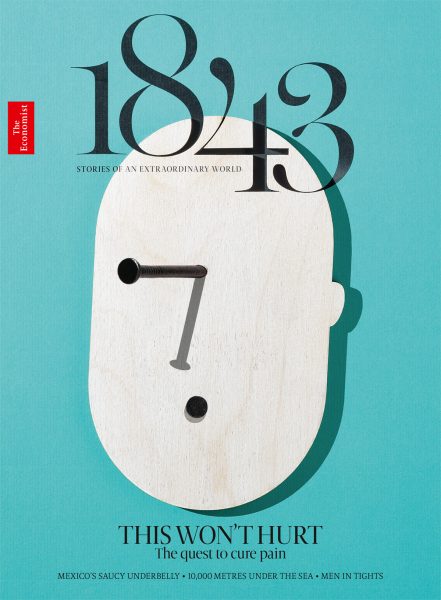 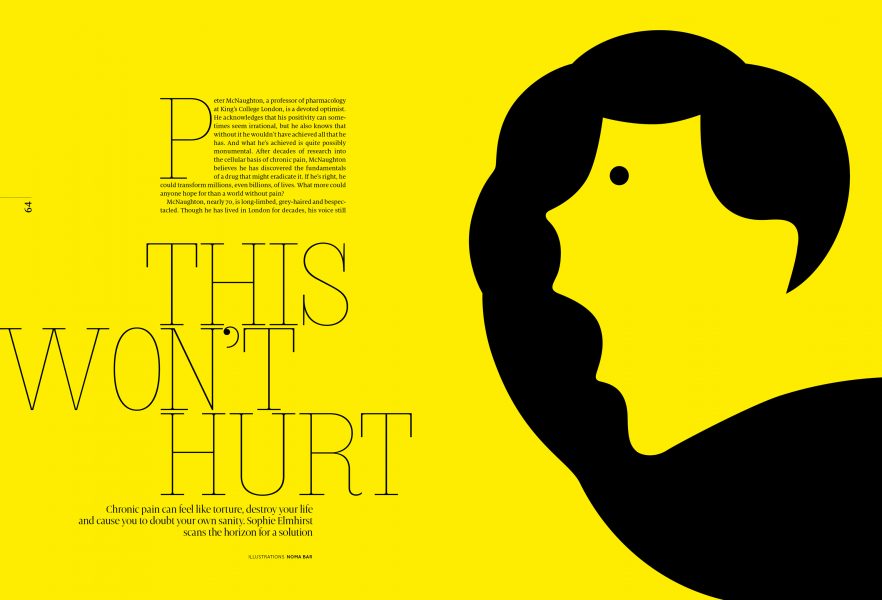 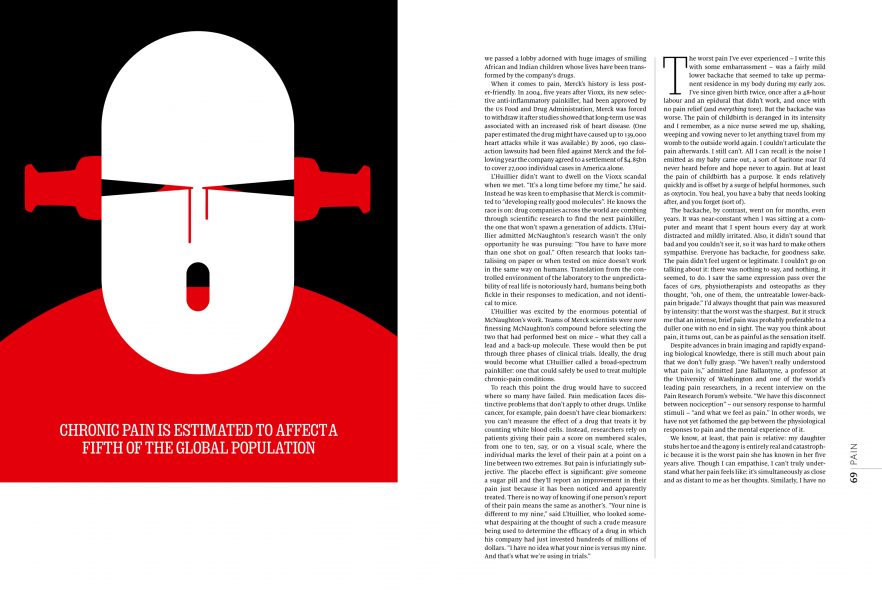 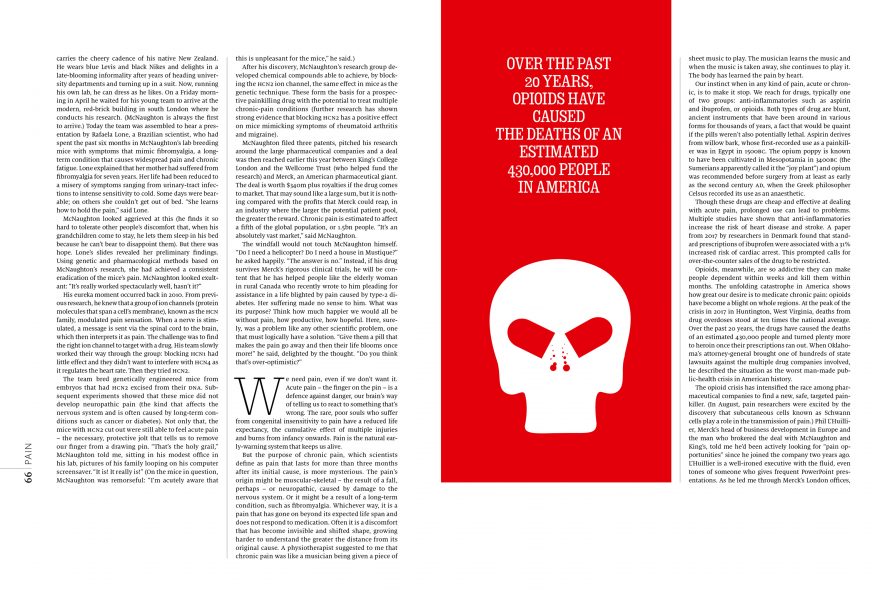 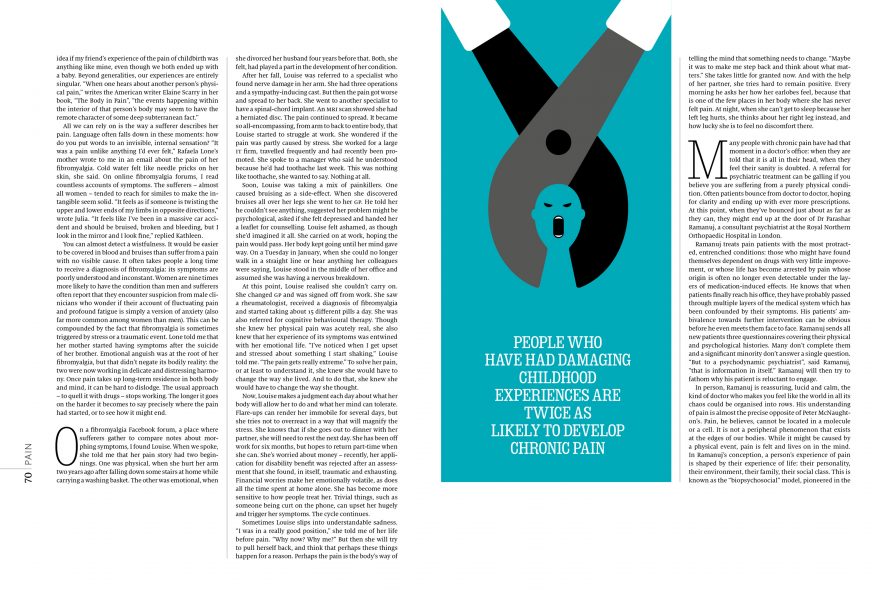