News / Pictoplasma: Reflecting on 15 years of Character and Visual Culture

Another year, another Pictoplasma!

This year marks the 15th anniversary since its inception – From its origins as online archive and best-selling publications, to a global phenomenon attracting thousands of participants to talks, exhibitions, workshops, competitions, online showcases, and parties. Artists from a vast number of disciplines meet and re-meet, and the AOI is excited to be a part of it all this week during the 5-day long festival in Berlin!

Founder Lars Denicke and Peter Thaler have seen the birth and growth of the festival, organising it year after year by hand-picking innovative artists and stirring thought-provoking conversations. In this interview they talk and reflect on mainstream (and not-so-mainstream) animation, the topic of this year’s festival, visual language across different cultures, the rise of illustration, and the future of Pictoplasma. 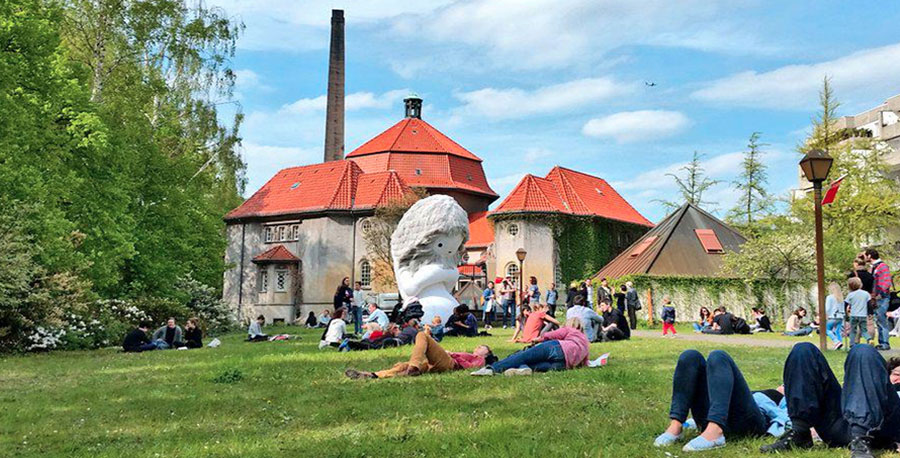 You’ve previously explained in another interview how Pictoplasma was partly born from a frustration with the animation industry at the time. Fast forward to 2019 – Has the scene changed?

PT: I believe that the animation industry has changed dramatically, at least in a visual sense; but it hasn’t changed narratively. So I’m still frustrated with the way stories are being told and the whole family entertainment idea behind it, and the popular psychology that is repeated over and over again in mainstream animation.

Stylistically, I would still say that most blockbusters and mainstream series look crap. But for example, one of our speakers this year is Justin K. Thompson, who worked as Production Designer for ‘Spider-Man: Into the the Spider-Verse’. The style of it would have been unheard of a few years ago – delving into an abstract visual language and to allow different styles to blend together so perfectly. Nobody would have taken that risk. 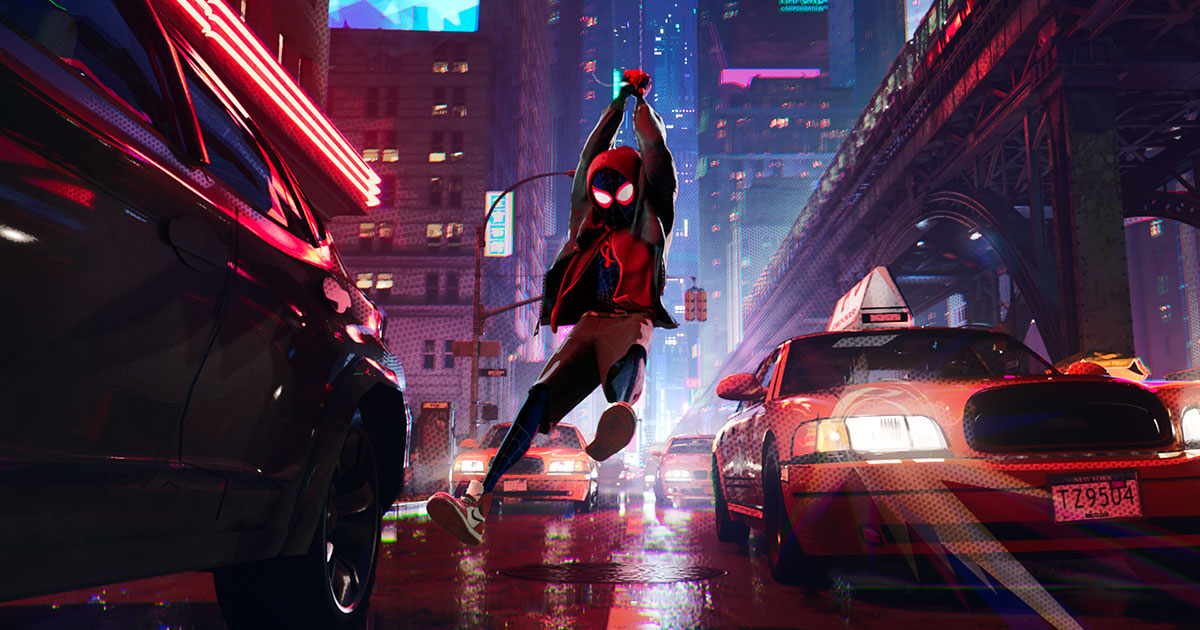 LD: We also have examples like ‘Adventure Time’ and ‘Hilda’ by Luke Pearson (who’ll also be speaking this year), which are also mainstream series. So that’s the change of the style of the times; we have to see how the industry continues to evolve stylistically in the next 15 years.

Things have picked up from more experimental music video or motion graphics (not necessarily from Animators directly but from Illustrators and Graphic Designers); and those in turn have been picked up by the mainstream animation industry stylistically.

PT: A huge generation of digital artists were capable of producing visual worlds with the tool sets that they were able to afford for the first time, now computers were cheap. They introduced a graphic language into animation that wasn’t possible before, and proved that it worked. Now, big studios are adopting this new visual style because they have to go with the times. 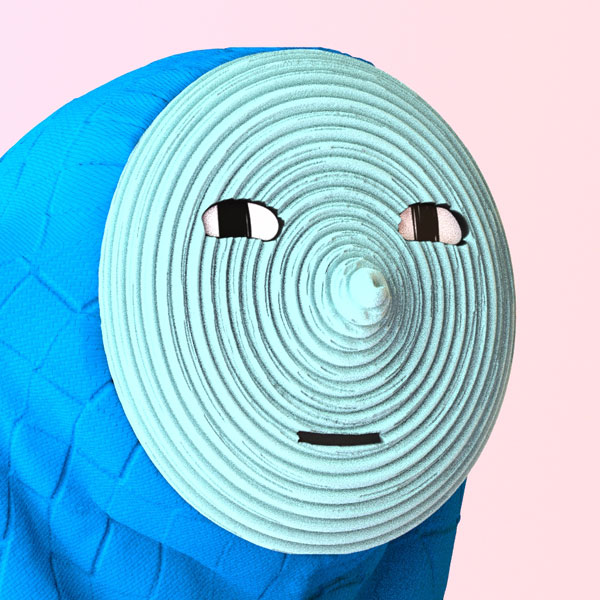 Do you have a sense that there’s more interest in ‘Character’ nowadays?

PT: What we call a ‘character’ (call it ‘Hello Kitty’ or whatever) is just a very abstract minimal representation of something that is supposed to appeal to you, or to connect to you. It transports some kind of content, or is a container of meaning, and it communicates visually with very abstract anthropomorphic appeal. I don’t think that that has become more mainstream now.

LD: The understanding of something as a character, and audiences connecting to it, can be seen in many different genres now. For example, ‘Lego’ went from just being building bricks to having all these different applications (games, films..) which are character based, and licensing big franchises like ‘Star Wars’ got children to invest into products through character appeal. So that’s just a few examples of a very commercial application, and I think that has become more of a valid concept in consumer culture nowadays: The understanding of the character as a transmedia form that you communicate (or sell) through. 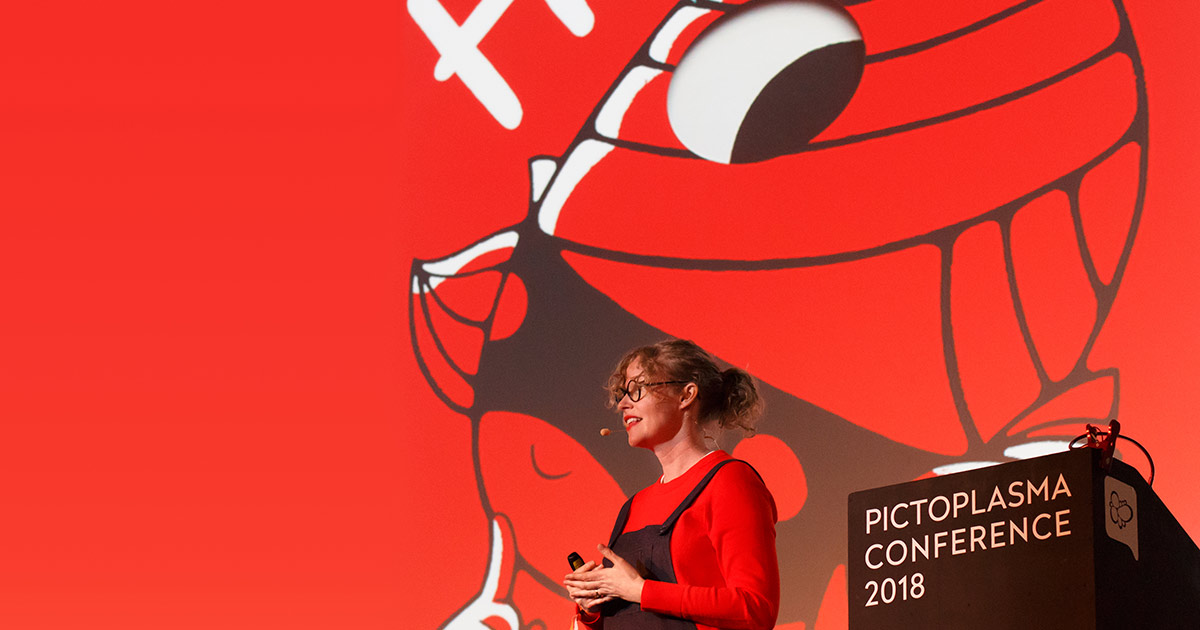 Is there a topic or theme to explore in this year’s festival? Does it play a part in the selection of the speakers?

LD: We have themes for every edition (the one for this year is Interfaces), but it’s not exactly a governing rule when doing the whole selection. We invite a mix of 20+ artists that we think are doing interesting work right now, and we apply a ratio so they don’t all come from the same place, or are doing the same projects, or are all male. It’s natural process of curating, so the conference and exhibitions are not really associated with the theme.

PT: Of course we get interested in topics over the years, and we talk about them a lot and we find references. Interests do play into the selection of artists that we get excited about.

LD: Definitely. Interfaces is a concept that we came up with on top, as a format for this year’s group show (taking place in Silent Green) and the subject for a symposium taking place later at the end of the festival. That’s where this topic of Interfaces is dealt with, and the idea is to explore the public’s hype with “new” technological developments and their effects, and what happens in between (and is often left out of the discussion)

So for example, the discourse on immersion: You have a VR set and you go from immersion into action and into activity, and the idea of interfacing with content is something much more fundamental, and it happens a lot with our projection into what we see. So the public adds something that’s on the screen on the wall, and isn’t just a technological effect happening automatically. That’s what we’re trying to investigate with the current theme, by pulling this Inter__faces into two words separated by a long hyphen, saying something is happening between…

PT: What’s between the viewer and the viewed!

LD: Yes, and that’s the topic of interest this year for us, but it doesn’t rule the whole festival. 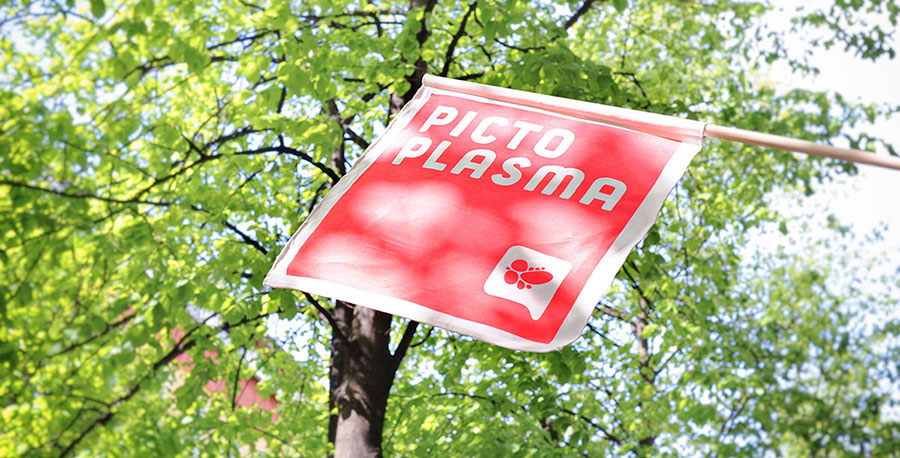 You have a very international reach and attendance. Do you plan to expand and host more showcases in other cities outside of Europe, like in New York?

LD: The Berlin festival has always attracted a very global audience from the year zero, which has always been quite amazing; but of course there’s a lot of room there: A potential to bring it somewhere else, so others who are not able to travel here can also benefit.

You said the right keyword: We would definitely do it outside of Europe. We’ve done our thing here, and the New York edition is quite different because it’s shorter and the audience is much more from there. We had the idea to develop a second full festival somewhere else, probably in the American continent. It’s too early to say of course, but it’s easier for us to resonate with Latin American audiences. We have a stronger following there. 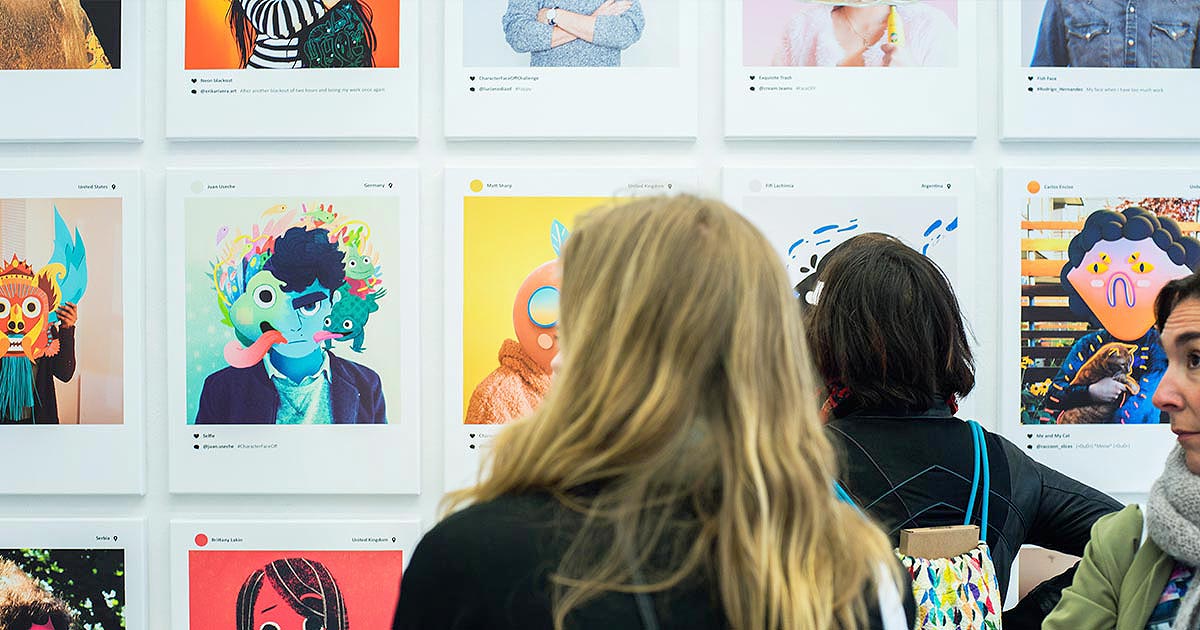 You have many great speakers this year (as usual!) hailing from the UK, Asia, and all over. Do you find that artists share some sort of distinct visual national identity?

PT: I would say that visual language has become very global, but the content and the underlying topics shift and vary and can be quite distinct. If you look at Mexican artist Gran Chamaco, his style has resonated very strongly and has been greatly copied in that region, because everybody there is very proud of this one artist that is internationally so successful. He uses a very international vocabulary of visuals…

LD: But then his iconography is very Mexican.

PT: And the topics that he’s using, they are very Mexican.

LD: And another example is illustration in the UK, which has different relevance in the main culture than in Germany. German visual culture is not very illustration driven (here it’s more photorealistic and functional), so there’s a reason why you do more illustration in the UK: People ask for it, and here not so many demand it in comparison. That in turn affects the scene there – The social scenes of illustration are much more vivid in the UK.

Then, in France, there’s a tradition of comics and band dessinées spanning the last hundred years or so, and that influences how they learn it at universities, how they get their first jobs, how they are treated by clients, and so on. It’s really different from country to country, considering socio-economic and mediatic currencies. 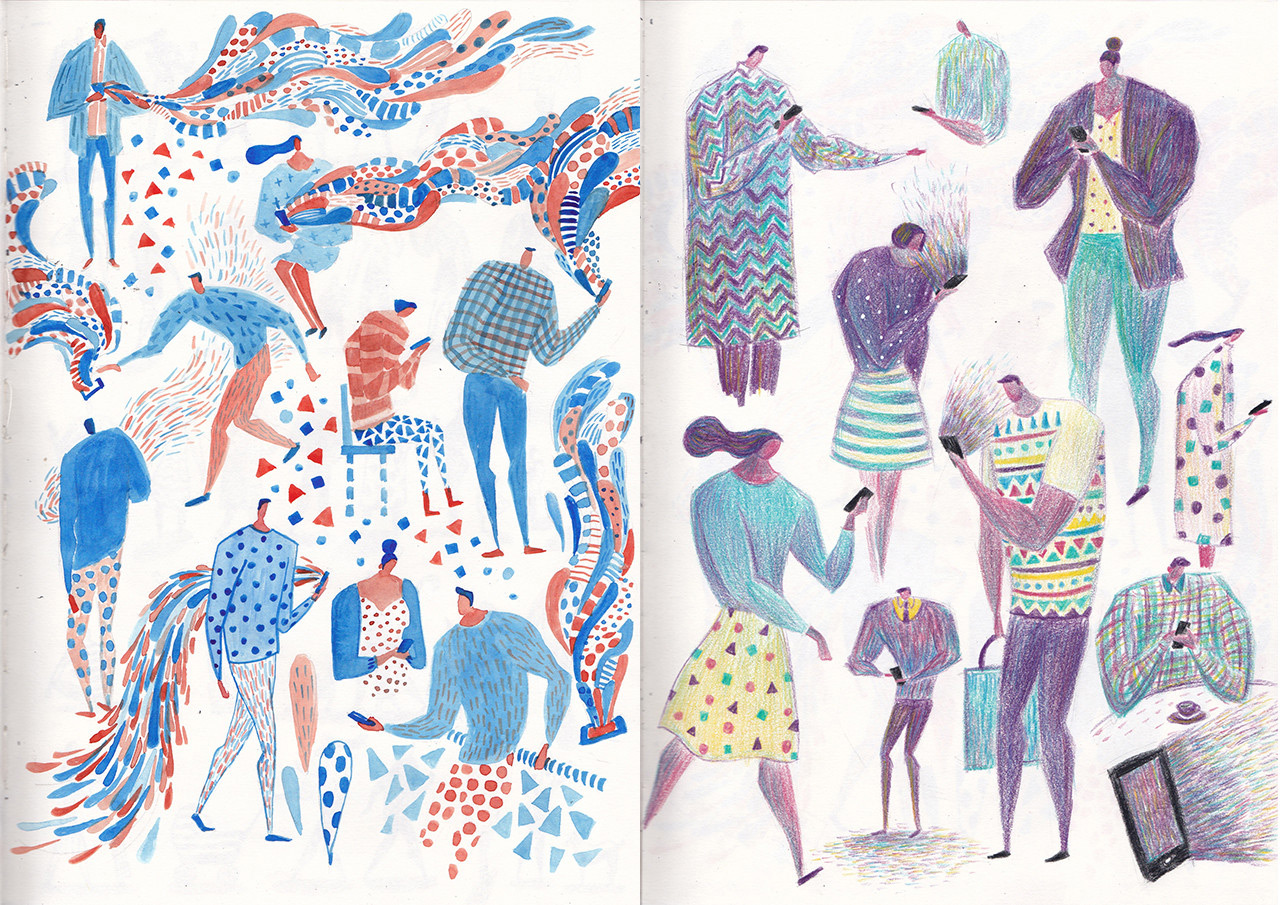 How do you feel the need for illustration has changed now?

LD: Illustration, I think, has more work to do now than 10 years ago because of digital culture, and all these interfaces that need something on it. I mean, there were big illustrators in the 70s or 80s who had strong voices like Steinberg and Sendak, but there are comparatively many more illustrators around now with quite strong voices who can do quite a lot of things.

For example, Edel Rodriguez and his work about Trump is not solely a service editorial job exclusively for something that’s already been thought through by the person who wrote it. The body of work carries its own meaning and devices as visual commentary, and that’s something that’s become stronger in the last decade.

Is there anything Pictoplasma hasn’t explored yet that you want to explore in the next few years? 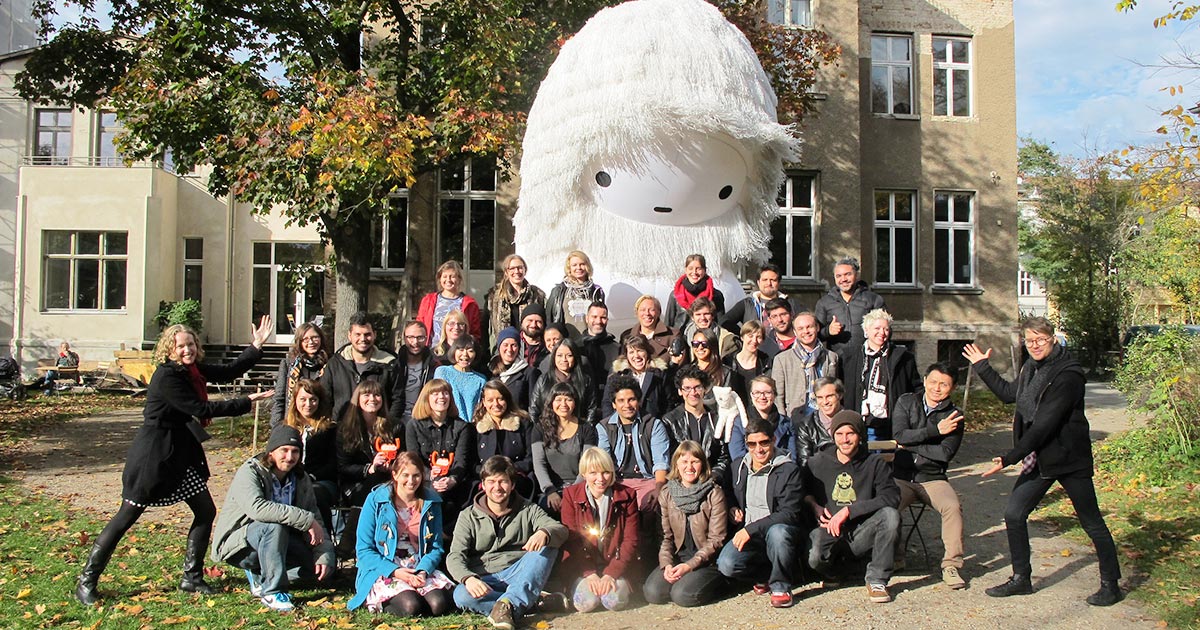 LD: Maybe turn the Academy into something bigger, and make Pictoplasma 365 days a year thing somehow – Through platforms like labs and hubs so attendees can learn, exchange and network face-to-face.

PT: Currently I’m very happy about the festival and the conference, and I’ve actually been happy for 15 years. I don’t want it to change too much, and I know other people would probably say “Well, let’s do 15 conferences, and go on tour, and do this and that”. We’ve tried that, and we’re happy and lucky with New York and we still have ideas of other things we could do, but in general I’m very pleased with the way this conference and festival works, and I wouldn’t want to change it or make it bigger.

I’m also happy with the Academy, but I think it has so much more potential and we could do so much more for the scene. It could also work on a more local basis – It doesn’t have to be Berlin, this can be anywhere. It’s just too good to bring people together in real life, to create and to inform each other, to inspire each other, and to collaborate. That’s what the Academy could become.

We can only do so much: The two of us in our wheelchairs, here, once a year (laughs); but I think the Academy is something that could grow really nicely in scale. 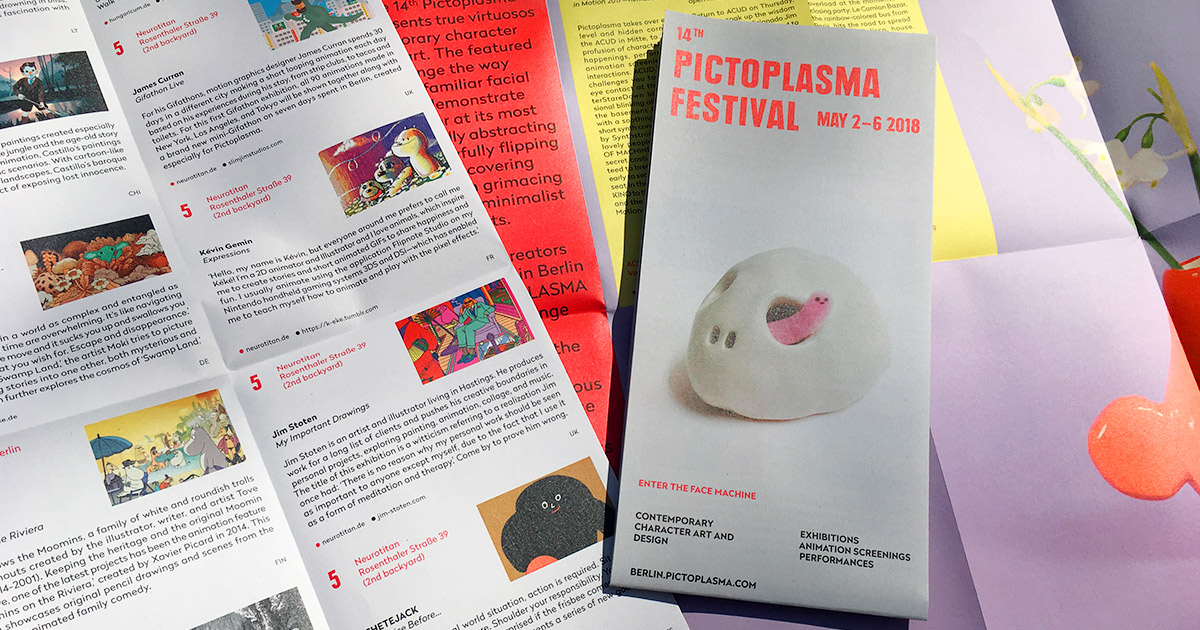 We want to give a very warm thanks to Lars and Peter for taking the time to do this interview with us.

If you are attending Pictoplasma this week, the Character Walk kicks off today and the conference starts tomorrow. Have a look at the 7 Illustrators we’re excited to see speak this year, and our exclusive Illustrator of the Month with speaker Laura Callaghan.

And if you see Marianna and Lou around this week, say hello!