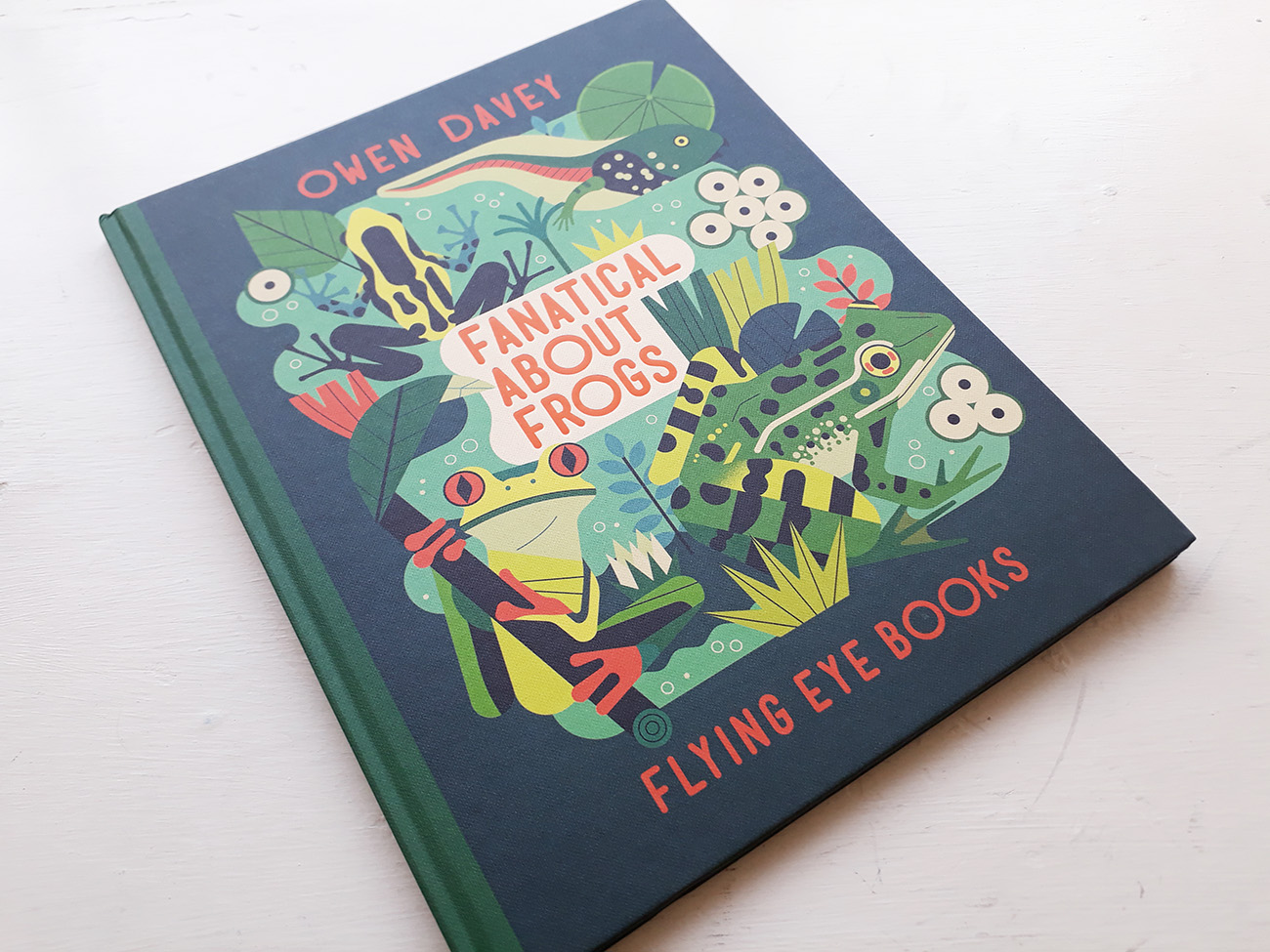 This series which Owen Davey has created for Flying Eye Books is producing a beautifully designed, richly coloured range which epitomises the effort being put into the field of illustrated non fiction. Including Crazy About Cats and Mad About Monkeys, the books bring Davey’s distinctive style to the animal world, avoiding realism for a more graphic approach to depict the creatures and their environment. 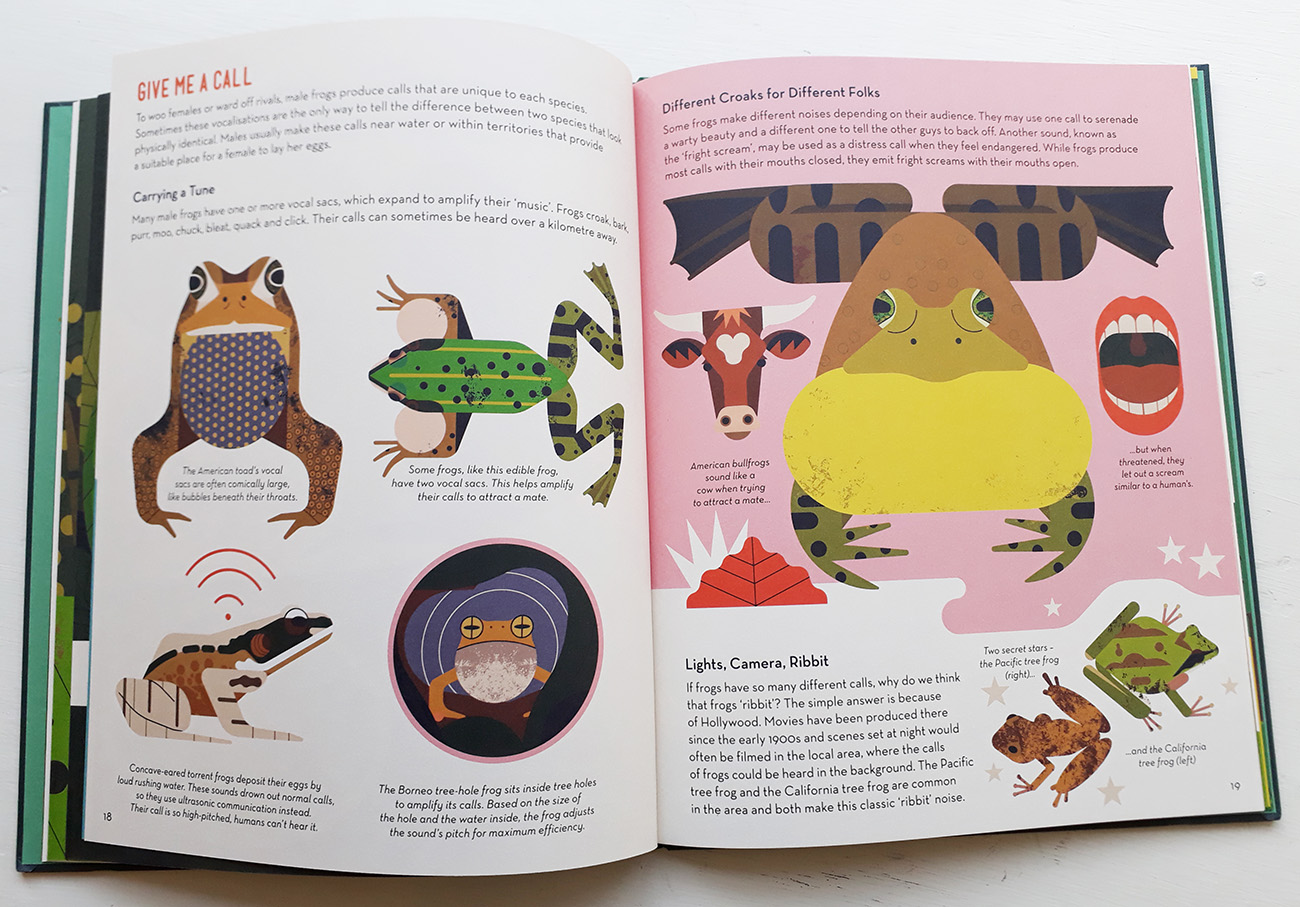 Offering a wealth of information, the text is in short, easy to follow chunks, revealing the (sometimes slightly yucky) attributes of frog species across the world. And with over 4000 so far discovered, there is a lot of variation. Warts (with poisonous chemicals), an intriguing variety of eyes with different pupil shapes, sticky tongues and even waxy sun protection for those scorching days! 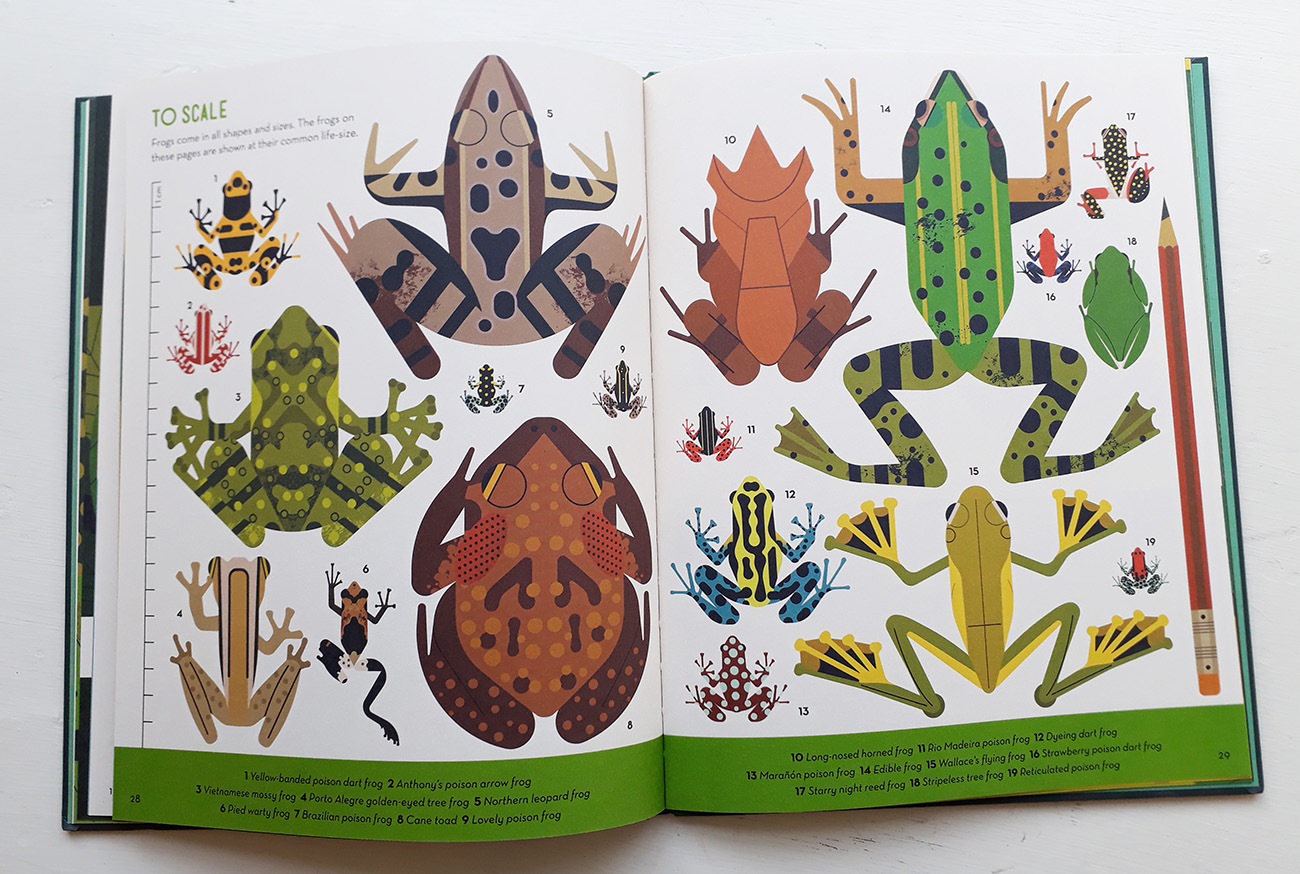 Davey’s visual style lends itself well to the variety of colours and patterns that frog skin can have, allowing themselves to blend in to their backgrounds, or even appear to be bird poo or dried leaves. There’s a lot about the poisonous elements of many of the species (something that kids are certainly going to be up for knowing about), and there appear to be plenty of frogs that you really don’t want coming anywhere near your skin! 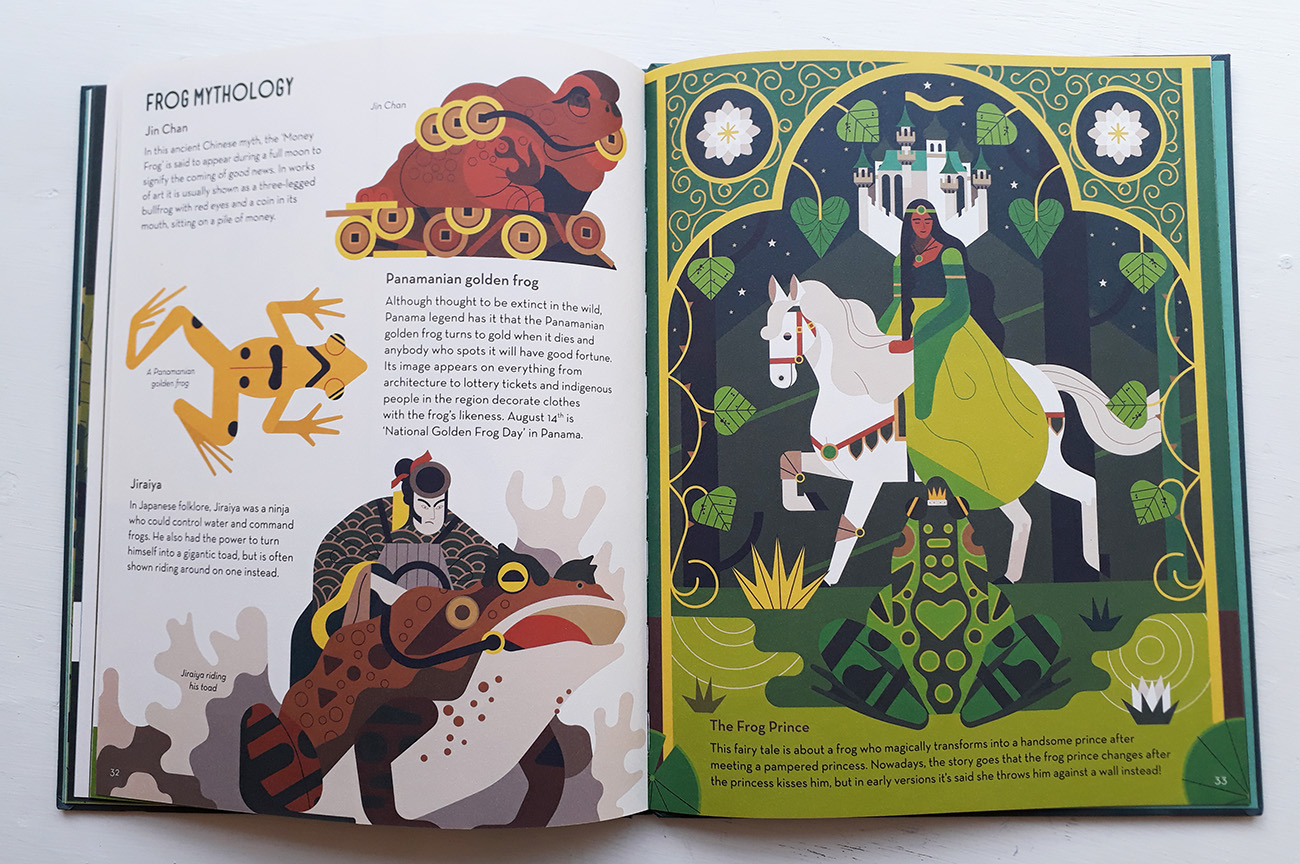 These resiliant creatures – some can even freeze over winter and revive once the temperature rises again – are pretty fascinating, and from the familiar lifecycle of spawn/tadpole/froglet/adult to ‘frog mythology’ from around the world, Davey has produced a wonderful book which even makes a plea to its young readers to consider conservation of these amazing amphibians.

Read more about Owen Davey in our Industry Insight. 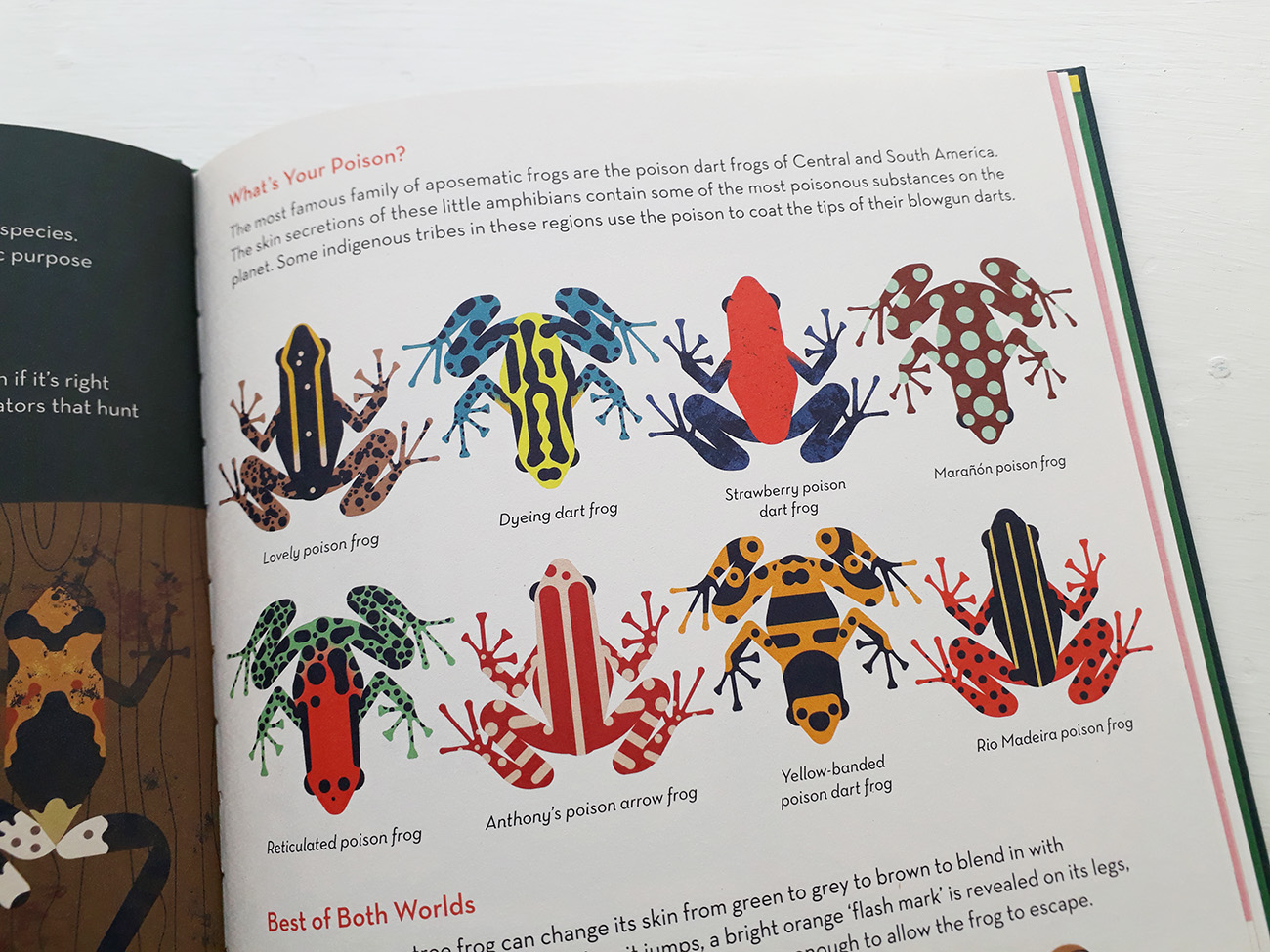