Brief Requirements: Bring to life in a visually powerful, clever and witty way the topic of 'Understanding Tech Jargon' for the front cover of Which? Members magazine.

Key Brief Ideas: After drawing tons of ideas I didn't like I became frustrated and started absent-mindedly playing with my phone when suddenly it occurred to me that my headphones looked like eyes. After that I was off, the apps became teeth, the lead a nose and I had a piece of technology that seemed to be talking, and so perfectly answering the brief.

Commissioned For: Which? Magazine 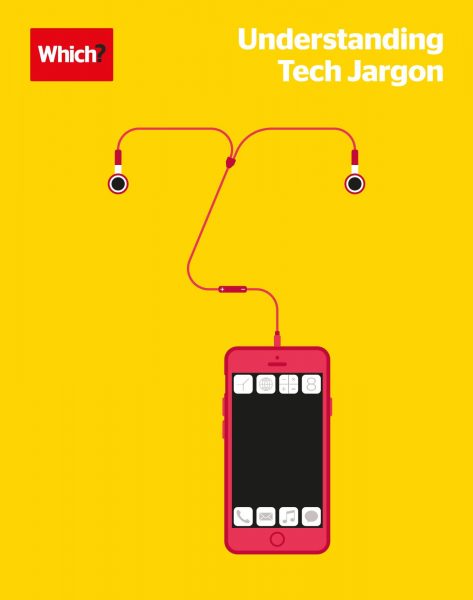