Why did you make this work:
My work has been largely influenced by Borges. I though it was time to make him a well deserved and respectful tribute. I chose “LA BIBLIOTECA DE BABEL,” not just because I found this short story fascinating, but for the fact that his rich description of this “Universe” that he calls “The library,” stuck in my mind so bad, that I needed to take some “rest” tangible form.

How was the illustration used:
This illustration was created with the only purpose to expand Elgreen Project ongoing universe; and to create a new visual narrative, that could keep informing its peculiar nature.

How did you make this work:
This Vector illustration was created 100% with the Adobe Illustrator software.

Biography:
Eduardo Corral, a.k.a. TLaloC (1982) is an award winning illustrator, interdisciplinary artist, graphic designer and Educator born in the industrial city of Monterrey, Mexico. His work is based on an ideology that sees the Artist as a brand, which is accomplished by a palpable awareness of the integration between illustration, arts and design creative branches. His work is characterized by the ludic exploration of human behavior in regard to themes such as the fascination for the unknown, nostalgia, sex and the de-contextualization of the mundane. He holds a Master of Fine Arts (MFA) degree in Illustration, by the Maryland Institute College of Art (MICA), and he was recipient of the Fulbright Scholarship, given by Fulbright Comexus-García Robles Program for Studies Abroad. He currently works as a Full-time teacher at MICA. 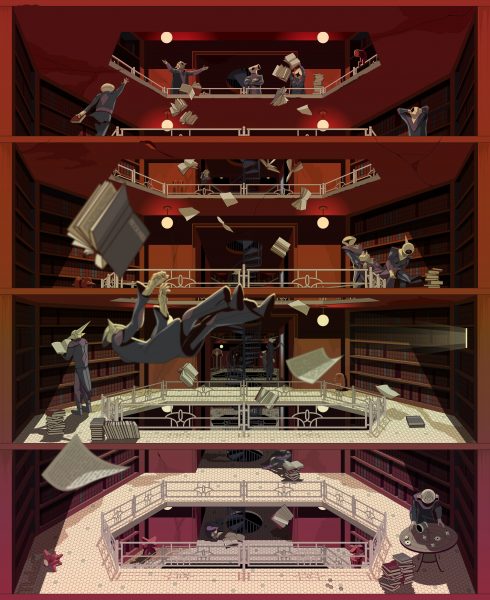