Why did you make this work:
Create an image from text that focuses on how Brexit is falling apart and how continental EU has grown and watched.

How was the illustration used:
Used in the opinion section of The New York Times, in print and online.

How did you make this work:
While putting together the concept for this piece, I took imagery synonymous with disasters and failures and combined them with the iconography of Brexit. Working with the Art Director John Custer, we took an initially cropped image and scaled it out so that it resembled the EU flag. Because of the time constraints of the job simplification and boldness were key to convey the concept effectively.


Biography:
I am a freelance illustrator focussing on conceptual illustration, taking imagery and themes and subverting them to create new meaning in intriguing and thought provoking artworks, working for clients such as The New York Times, The Guardian and The Economist. I studied BA (Hons) Illustration at Falmouth University. I like to challenge myself with self-initiated projects while sticking to strict deadlines. 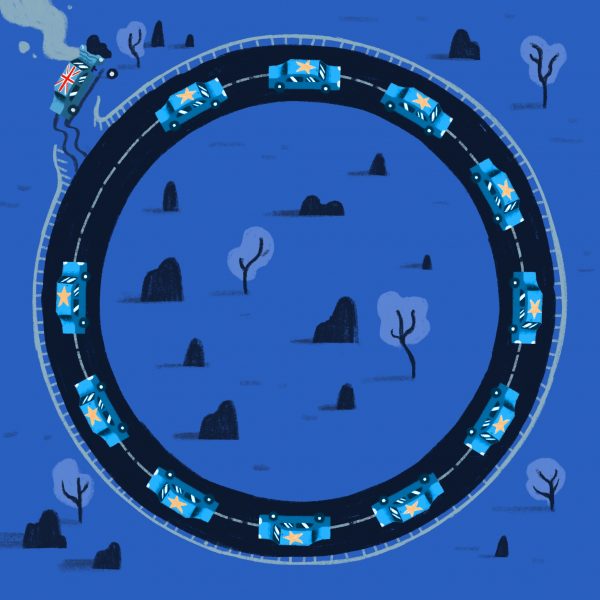