Usage: It is a self-initiated mock-up cover project.

Process: The illustration has been sketched, inked and coloured in Photoshop.

Materials: The illustration is digital.

Formats: The work exists as a digital file as well as a giclee print.

Brief Requirements: The idea was to create a magazine cover  which would show the massive Snowzilla snowstorm which resulted in over 20 inches of snow in some states.

Key Brief Ideas: I wanted to play with the idea of the mock-up magazine cover which would show 250 feet of snow in New York. I wanted to keep it simple yet meaningful. 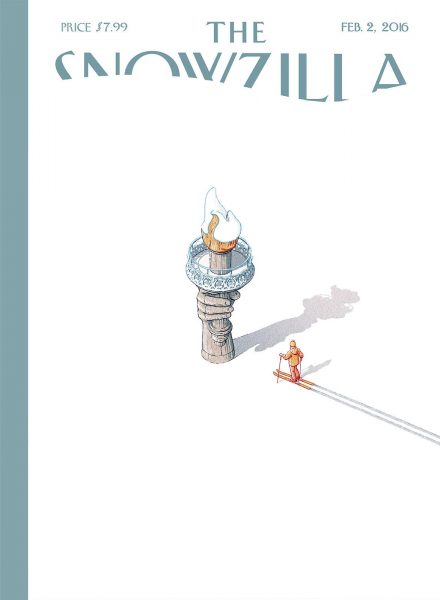