Why did you make this work:
This is the MINI Christmas campaign, based on Chris Rea's iconic song 'Driving home for Christmas'. If this xmas tube has become quite iconic, we don’t necessarily know much about it — or its very close connection to MINI. Rea actually wrote this song in his Mini, being stuck with his wife in the traffic on a xmas eve of 1978. This is a xmas visual tale revealing this lovely story.

How did you make this work:
To realize this series I sketch the story just like a comic and tried to take a third person point of view and keep the 1978 Mini visible at all time, but with different presences. I kept an overall blue and cold palette to make the car stands out organically.

Biography:
Paul Sirand is a French Illustrator, based in Paris. He’s inspired by his dogs and nature, and the tailored, well thought out look of uniforms, which he says are only legitimate in large numbers! Paul’s inspired by the way uniforms make a team look like a brand in itself.   Paul wishes to project an atmosphere with his work and thinks that a good image should be enough to tell a good story. 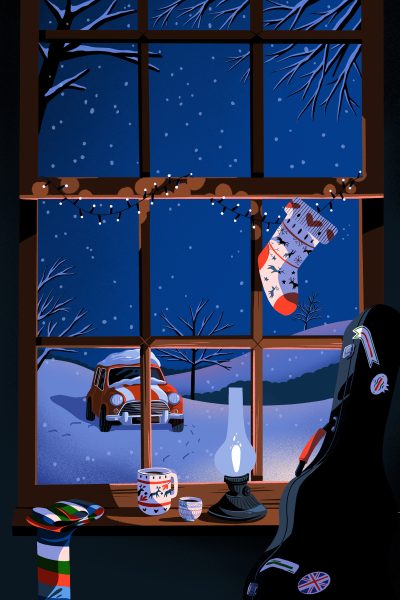 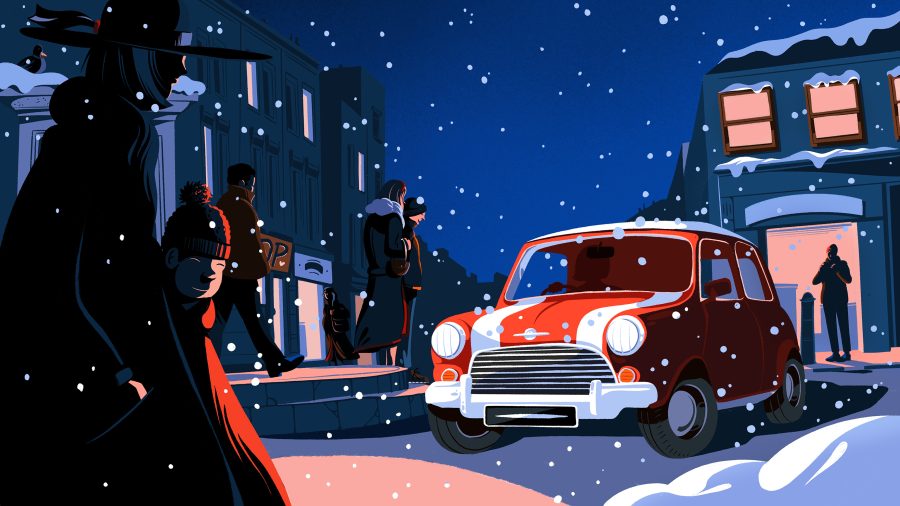 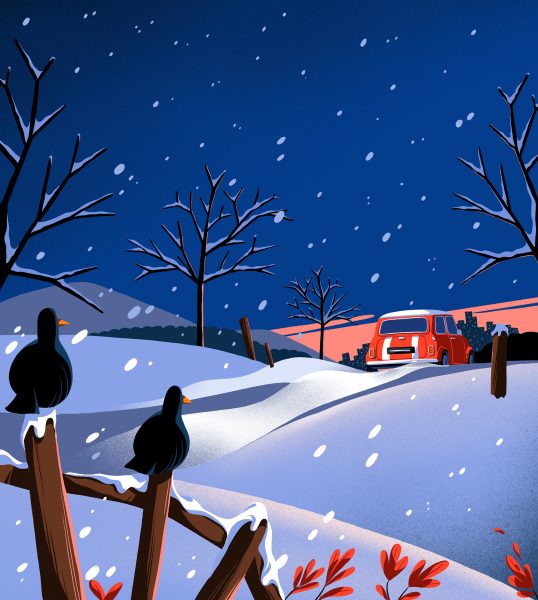 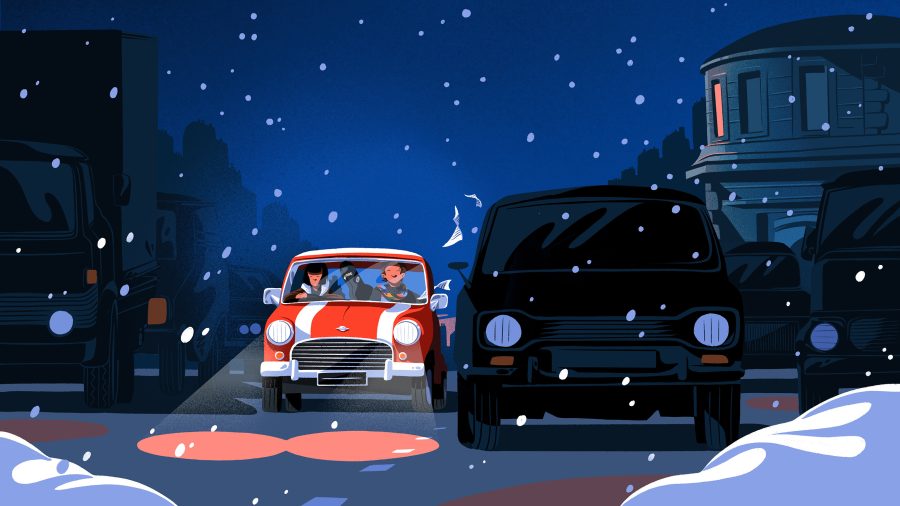