Why did you make this work:
This was a commissioned illustration for Sala Ciutat's Mezzanine. Hold by the City Council, Sala Ciutat is a bookshop specialising in publications on Barcelona.The brief was as simple as giving my own point of view of the city. So I began drawing the micro-cities into the whole city, such as: Folklore festivities, tourists, hipsters, migrant neighborhoods, "rumba" music scene and museums.

How did you make this work:
In the middle of the drawing process, Barcelona suffered a terrorist attack. So I decided to show that another micro-city that strongly emerged: a multicultural city claiming for peace and coexistence. 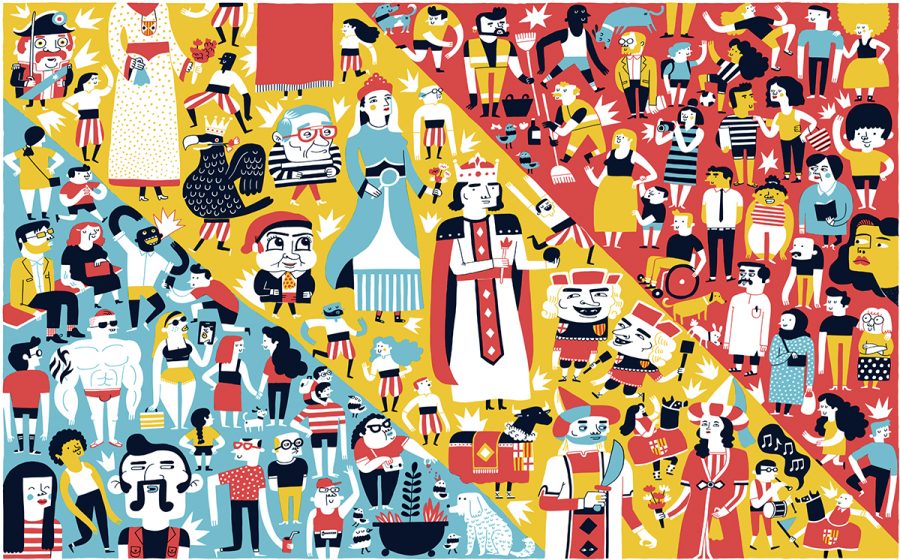 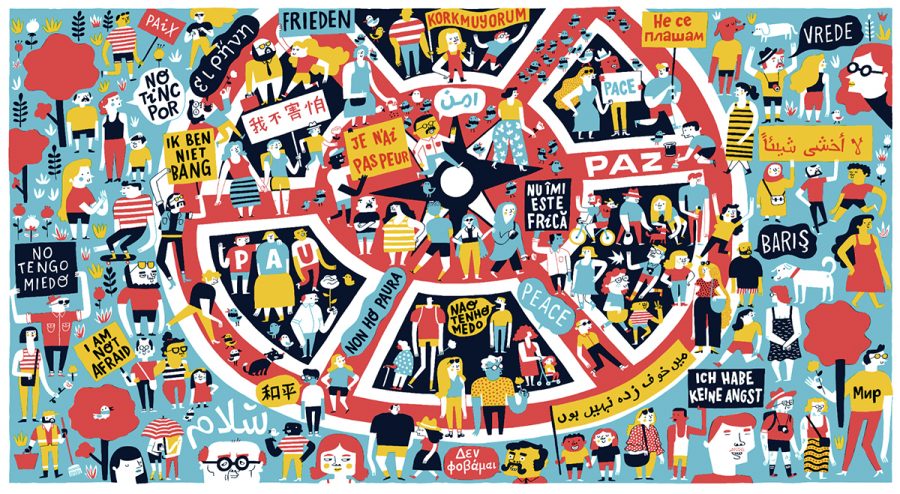 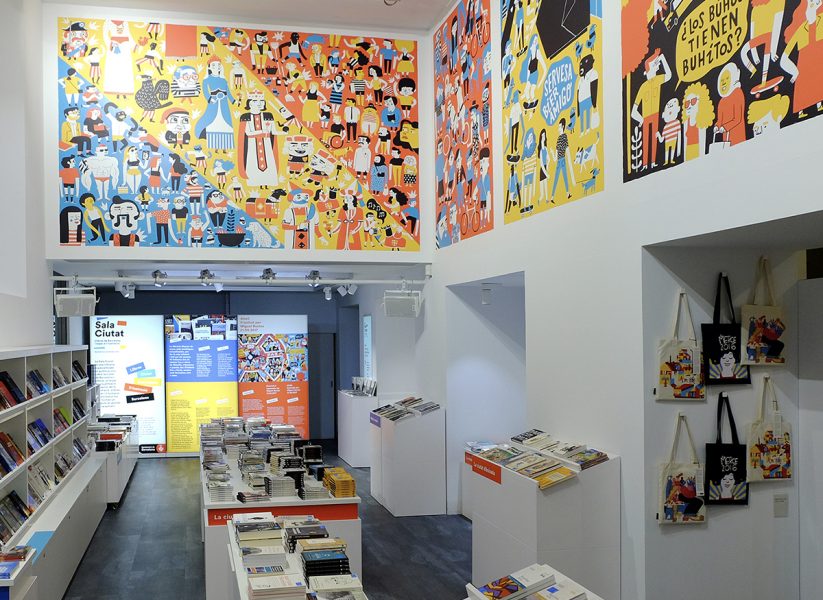 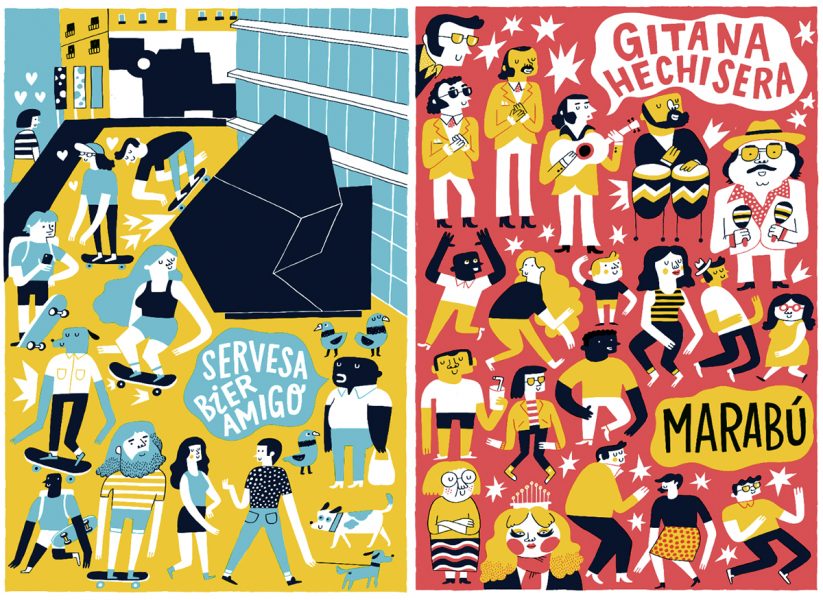 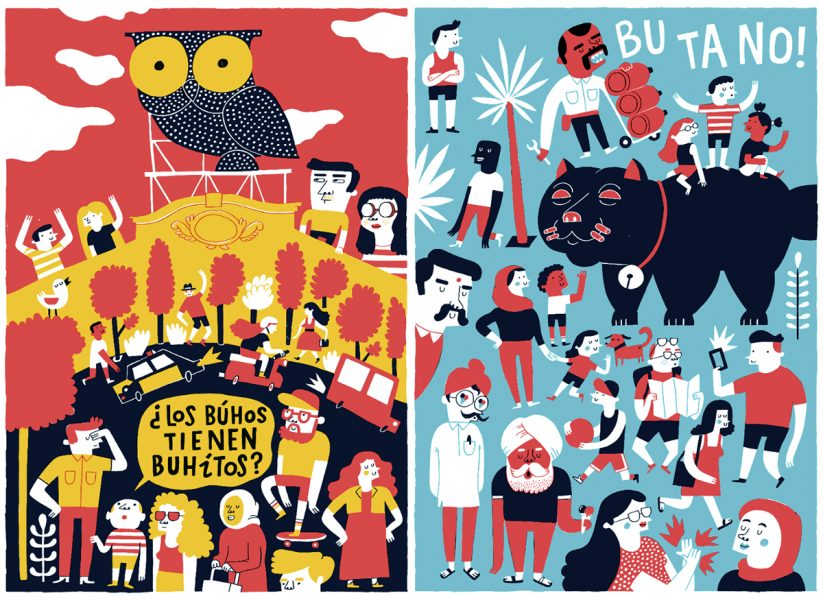