An entirely knitted and crocheted fish counter which was exhibited at the knitting and stitching show in Alexander Palace October 2015 and RDS Dublin November 2015.

This was self initiated and idea I have always longed to create. My own personal brief was to make it as realistic as possible. 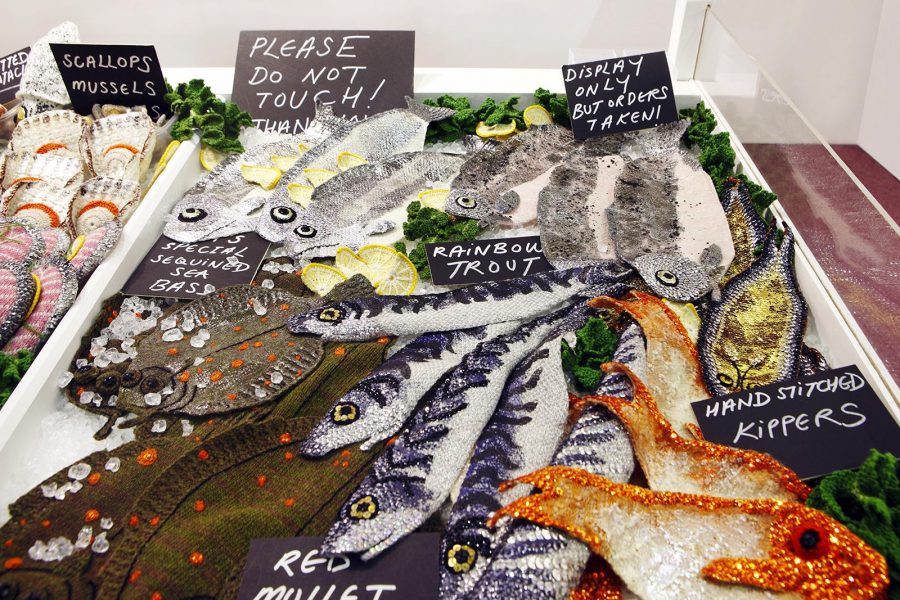