How did you make this work:
I tried to take a humorous approach on this illustration, animals can show their funniness and cuteness while striving themselves in the gym room. I also created a surrealistic space from which the animals can be seen a more interesting perspective and given more individual space in the composition.

Biography:
Flyingpig, is a post-90s illustrator who was born and raised in Hong Kong, now study in the Royal College of Art, Visual communication. Her works has been exhibited in Tai Kwun- the biggest historical compound in Hong Kong. And her urban sketching artworks are collected by the Hong Kong Museum of Art. 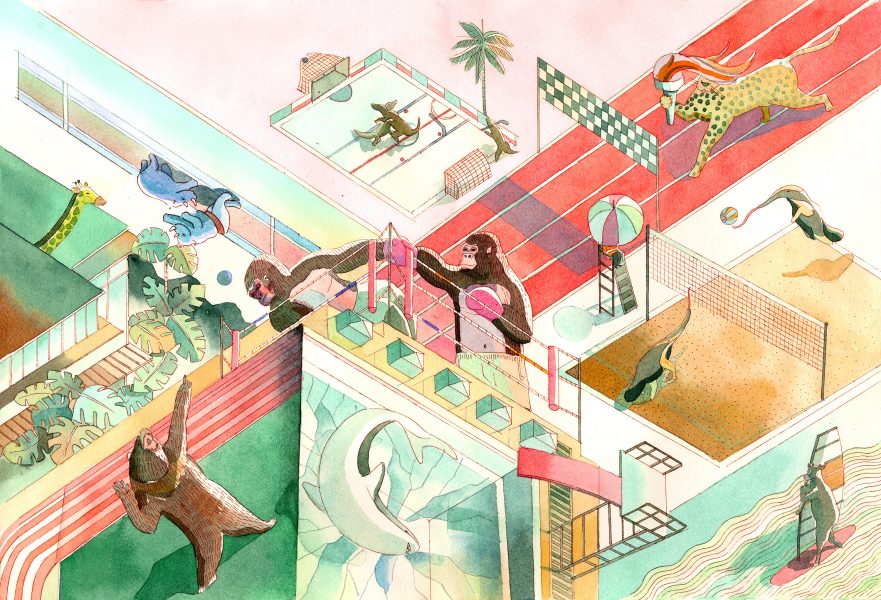