My five entries are illustrated pages from a personal graphic novel I wrote and illustrated. It's called "Disposable People" and it was published in Romania in December 2015. The story touches on the themes of the Alzheimer's disease fatherly love, family, life choices, suffering, faith and endurance. The main characters are John Welsh, an old man suffering from Alzheimer's, and his daughter Lisa.

Initially, my book was commissioned by a university and it was meant to be used as teaching material for the students in the Faculty of Health and Life Sciences who were going to work with dementia patients. Although in the end they project was cancelled by the university, I decided to still go ahead with it and publish it for the general public. The initial brief given to me by the university, required that I make a visual narrative, a graphic novel, based on the story of dementia which would help the students to understand the illness on an emotional level, so that they could connect and empathize with their future patients. 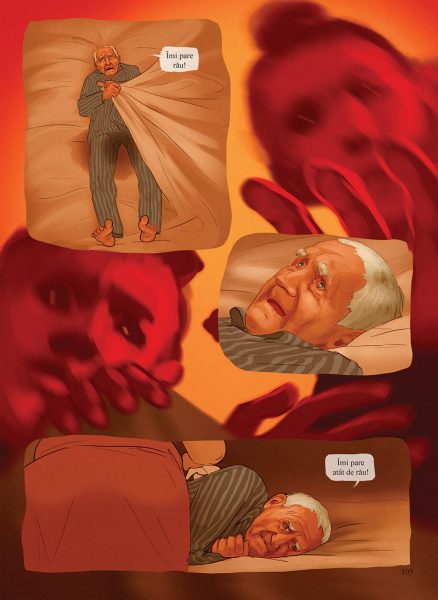