David began his university studies in Architecture but eventually graduated in Fine Arts specializing in Design. Since then he has worked in the world of design and advertising in which in addition to working as a freelance illustrator he has worked as both Art Director and Creative Director at several digital advertising agencies. Nowadays he combines illustration with the Creative Direction in Proximity Madrid. He has won several Ad awards as Clio, Echo, Sol, Inspirational, Fiap…

He was recently recognized by the prestigious Taschen publication ‘100 Illustrators’ as one of the most influential international illustrators of the last decade and his work has also been published in books such as ‘Ilustration Now’ (Taschen) for which he illustrated the cover of the third edition of the series, ‘The New Age of Feminine Drawing’ (Allrightreserved), ‘Illusive 3’ (Gestalten), ‘200 Best illustrators’ (Luezers), ‘Portraits’ (Taschen), to name just a few. 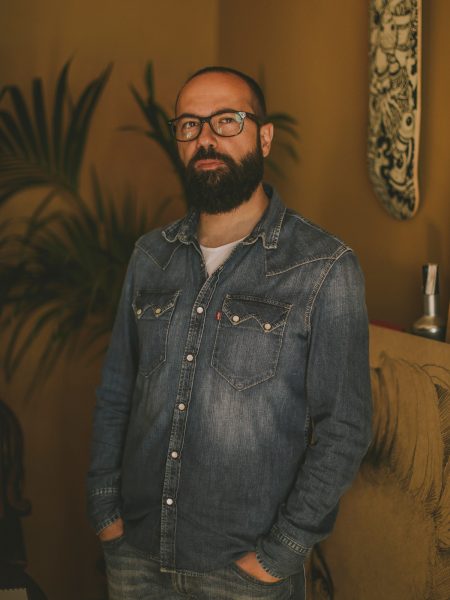