Why did you make this work:
The intention in making this image was to evolve the way that football featured in my work and to explore its intersection with other areas of creative interest. Instead of focusing on the characters involved in the professional game, I wanted to describe the places that are home to the lowest level of the game, the environments that are responsible for creating football players and fans.

How was the illustration used:
This was a bit of personal work, made entirely for the purpose of self-reflection and to push this area of my practice into something that I would find more fulfilling. I had a small edition printed after receiving a really positive response to it on instagram. This image is part of an ongoing series that I hope to pull together into a publication or exhibition at some point in the future.

How did you make this work:
The illustration was made digitally using Procreate on an iPad Pro in much the same way I make the majority of my work. This was not so much an exploration of technique and process, but rather an attempt to unite several disparate themes that ran through much of my previous work.

Biography:
Chester Holme is an Illustrator from south east London. He graduated with first-class honours from Kingston University in 2015, and has since worked with publications, companies and brands around the globe. His work is heavily informed by printmaking processes — utilising small palettes of strong flat colours, simplified forms and thick lines to convey character, narrative and atmosphere. 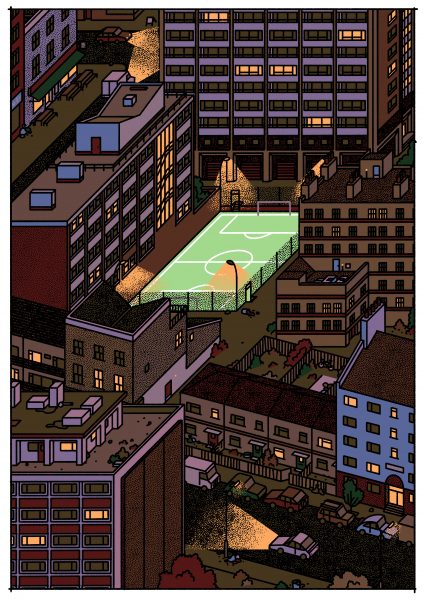