Why did you make this work:
For Otis College’s Centennial, the school wanted to project how after 100 years of being the top art and design school in Los Angeles, they have become an LA landmark. Otis College was illustrated among tons of other Los Angeles icons and landmarks to represent how the school has become an integral part of LA.

How did you make this work:
The illustrations of locations and icons chosen to be depicted came from surveys asking the Otis community and LA locals what they felt best represented Los Angeles. The poster includes an interactive component that encourages the viewer to find all 9 Otis Owls. The owls are inspired by common Los Angeles personalities and can be found throughout the map.


Biography:
Aaron Gonzalez is a Los Angeles based creative who specializes in illustration. Aaron maintains an interdisciplinary design skill set that includes a broad range of interests. His skills and interests include illustration, branding/visual identity, product design, apparel design, art direction, and service design. Aaron is constantly finding new outlets for creativity and is enthusiastic about collaboration. He is a recent graduate at Otis College of Art and Design in Communication Arts Illustration (BFA ’19). 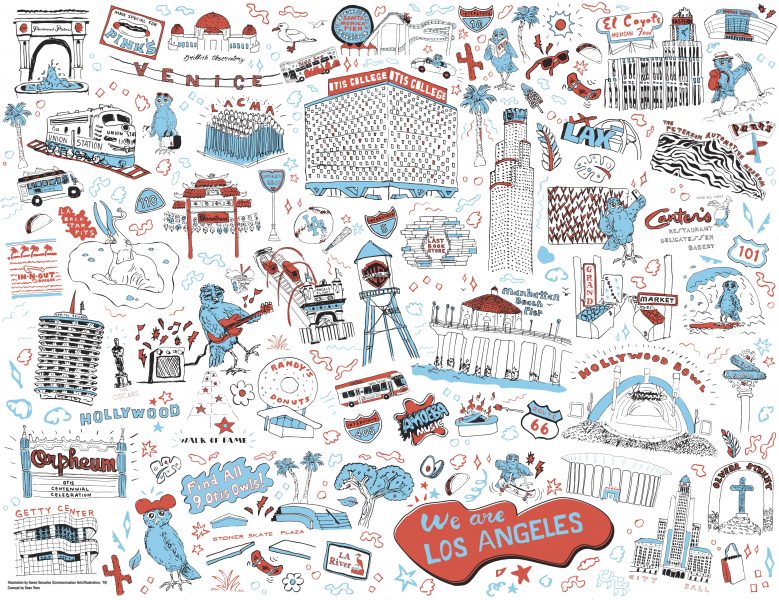