Jun is a Chinese artist who is currently based in the United States and has been working as a freelance illustrator since 2009. After receiving his bachelor‘s degree in Printmaking from Guangzhou Academy of Fine Arts in 2010, he moved to Beijing to continue his practice as a professional illustrator and artist. A year later, he moved to Baltimore where he completed his MFA degree in Illustration from Maryland Institute College of Art in 2013.

Jun is based in Baltimore, USA and you can see more of his work at cenjun.com

Entrance/Exit illustrates a couple’s journey between parallel worlds, raising questions about our perception of reality and the nature of time. Originally a graphic novel, the artist subsequently developed the book into an animation that further explores these concepts.

The judges thought Jun’s drawings were stunning and were interested in how he used the trees as a framing device. They liked the fact that the work experimented with form and commented that innovation and experiment are really important in student work because it is a time when illustrators can work without constraints.

During the final stage of judging, Deirdre McDermott, picture book publisher at Walker Books, expressed that; the animation has a ‘shimmering and magical quality.’

Upon receiving his award Jun Cen said, ‘I am very honoured to be one of the two New Talent Winners of the AOI Awards this year. As an emerging illustrator, I have always been encouraged to experiment with medium and storytelling strategies. I strongly believe what makes illustration so unique is the emotion and intelligence that can be conveyed through colour, texture and composition. Its close relationship with design and animation also triggered me to expand my illustration practice to various multidisciplinary practices’

The following is an excerpt from an interview with Anna featured in the awards issue of Varoom magazine.

BRIEF: Entrance/Exit is a self-published graphic novel. It depicts a dreamlike journey of a couple in a mysterious no-man’s land. The title implies the non-linear characteristic of the human psyche.

Research: To me, conscious mind is a biased one. It only perceives what interests it. I have been researching on human’s unconscious mind, which is the very thing that makes us human.

PROCESS: The idea of the project was to go back to basic. The artworks are all hand-drawn on paper. The graphic novel was adapted into an animated short film Mutual Tunnels, which I also directed and animated.

RESISTANCES: One of the most difficult parts is translating the graphic novel into animated short film. Instead of a direct translation from the original story, the animation is more like an alternate version.

DISTRACTIONS: I am very sensitive to both sound and smell. Unpleasant or some specific sounds and smells can become my distractions.

NUMBERS: I am obsessed with symmetry. So the two might be the number that has always been in my mind.

AFTERWORDS: I am very honored to obtain the recognition from AOI Awards. It really encouraged me to experiment with different mediums. 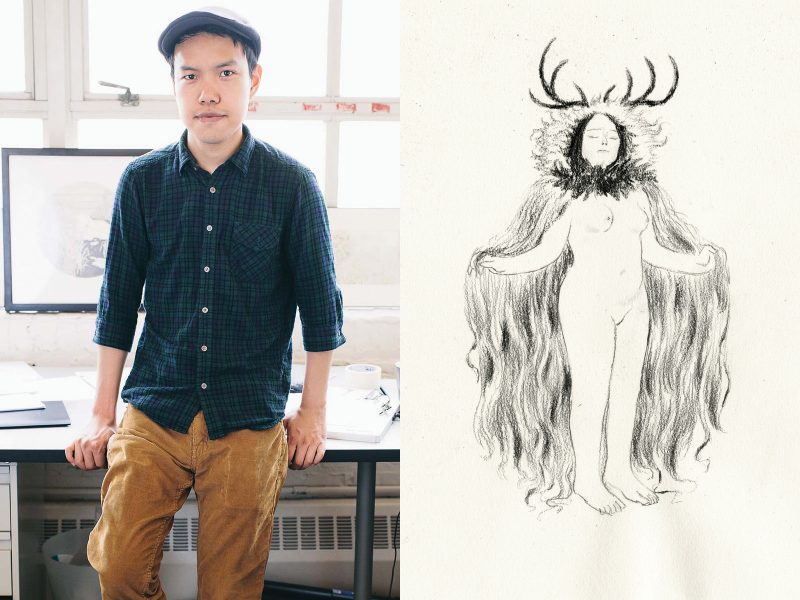 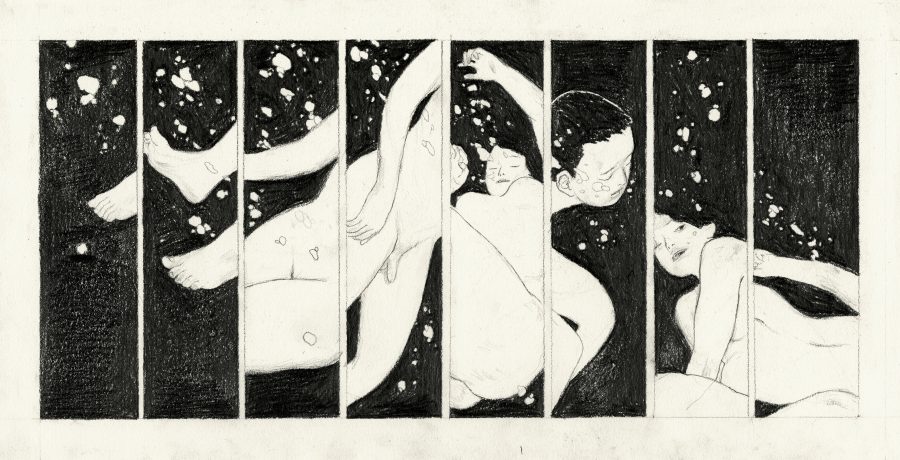