Jonathan has worked as an illustrator since 1999 and graduated with an MA from Kingston University. His work has appearing on covers and inside Time, The New York Times, New Scientist, The Times, Plansponsor, The Wall Street Journal and many more. Clients have included BAFTA, The Folio Society, Penguin Books, Orion Books, The Royal Mail and The BBC.

Jonathan is based in Bordeaux, France and you can see more of his work at jonathanburton.net

The Professional award was received by Jonathan Burton for Odd Bods, a promotional deck of playing cards commissioned by The Folio Society. The traditional royal portraiture and design were given a surreal and absurd twist by the illustrator.

The judges commended this commission for its delightfully inventive imagery and highly skilled draftsmanship. The drawings are sophisticated and indicative of an illustrator who is working at the top of his game. Judges familiar with Jonathan’s work enjoyed seeing his work applied in a new and exciting way.

Judge and Illustrator/Cartoonist, Stephen Collins, explained that the illustrator had delivered ‘an inventive and fresh take on traditional design.’

Upon receiving his reward Jonathan Burton said that:

“The Folio Society were hugely supportive by giving me an open brief on the Playing Cards and what proved to be an important decision early on was for me to choose a theme that left lots of playful possibility. I had a lot of fun putting all the 'absurd character' ideas together and it makes the award extra special knowing that the result of that playfulness has had such a positive response. It's a huge honour to receive the Overall Professional Winner Award especially with all the great work that is featured in the exhibition.”

The following is an excerpt from an interview with Jonathan that was featured in the awards issue of Varoom magazine.

BRIEF: Design a deck of playing cards to be used as a promotional gift from the Folio Society. I was given complete freedom to suggest any ideas I thought were fun. My first sketches on the theme of 'eccentric characters' were given a big thumbs up so I was very happy.

RESEARCH: Looking into the history of playing cards I discovered ‘O. Gilbert, a mid-19th Century card maker who produced hand coloured etched playing cards. They beautifully depicted contemporary costumes or those of bygone eras and which led me to think of 'silly' costumes that would give that traditional look a bizarre twist. I later found it fun to throw in some modern references like a sock monkey, a telephone, and an inflatable rubber duck ring. I was thinking of the ‘absurd’ so re-read Spike Milligan poems to get me in the mood.

PROCESS: Pencil drawn characters coloured and 'aged' in Photoshop. I worked hard to give them the look of Victorian lithographs with limited colour and slight printing errors.

RESISTANCES: The biggest challenge was making the opposite flipped drawings fit together in the centre and thinking of ways to facilitate it. Diagonal designs in the clothes worked well as did holding a joint object. I really tried to have one holding a Rubiks cube but couldn't get it to work flipped over! I was given the wrong card size at the beginning so I had to go back and resize ALL the cards and retouch the layers to the new format.

INSIGHT: There was a tight deadline so I had to trust my first instincts as to which ideas would work best. I tend to over-think things but this intensive period was actually quite freeing. For colouring I made the process simple by treating it as a production line working on the 16 picture card files all together on the screen. It speeded things up and made sure they worked as a set. I learned not to be too precious.

DISTRACTIONS: I work at home so my two kids always distract me though with a project like this I welcomed their reactions to the characters. If they were interested in or laughed at the characters it spurred me on. Then I had to shoo them out of the studio so I could work.

AFTERWORDS: The absurd drawn well is fun and silliness is preferable to comical. 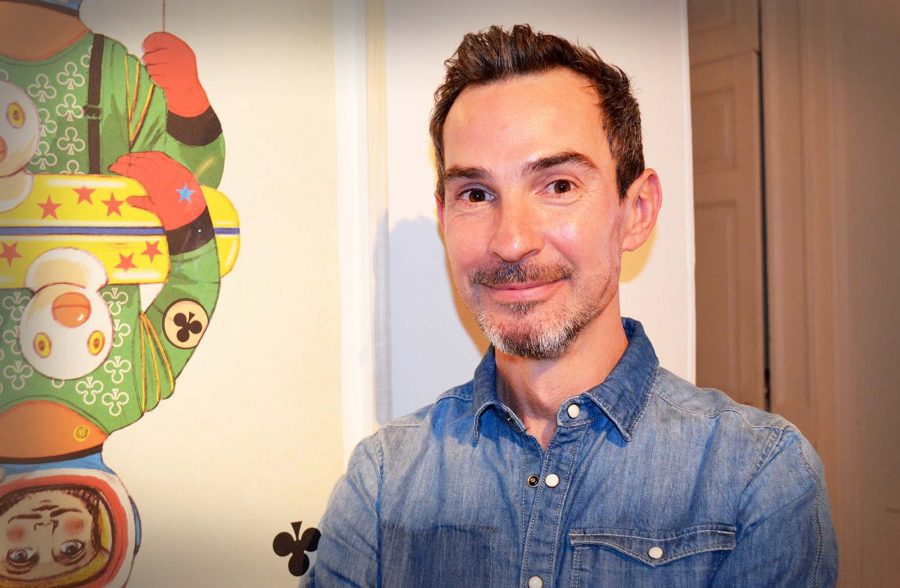 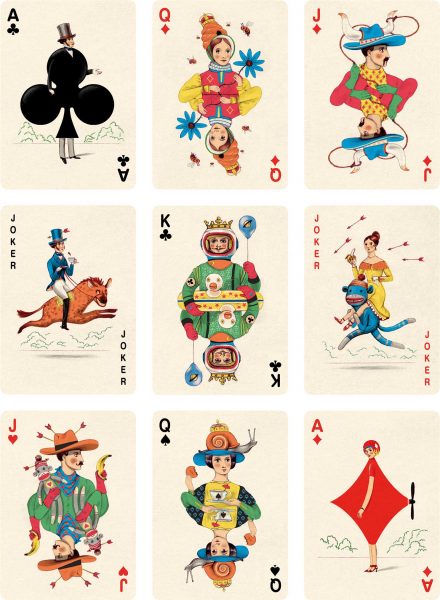