Niroot grew up in Chiang Mai, Thailand, and studied Illustration at Kingston University.

His influences range from the 'Golden Age' illustrators and Chinese painting to the Northern Renaissance and Mughal Miniatures. Niroot's illustrations for several Folio Society books have been exhibited at the British Library.

The illustration for The Frog Princess from Myths and Legends of Russia, commissioned by the Folio Society, shows the moment when the titular enchanted princess, as prospective bride to a Tsar's youngest son, entertains the court with magical feats.

This illustration was actually the very last piece to be completed for the set, and as usual, was delivered extremely 'finely cut' against the deadline. But I especially enjoyed it as it gave me an opportunity to draw a number of birds.

BRIEF: Provide sixteen silhouette illustrations (to be reproduced in black, white and red) and a binding design for the collection of Russian folk tales collected by Aleksandr Afanas'ev and translated by Norbert Guterman, one illustration per tale. I was provided a rough guide of which stories to illustrate so that there should be an even spread of illustrations throughout the book. In the event, the illustration for The Frog Princess became the frontispiece and I was free to choose any of the tales I liked for it.

RESEARCH: Historical and folk Russian costume and minor forays into Russian architecture. I also looked to the great Ivan Bilibin for research and inspiration. The tales themselves also provided significant material, many of which are variants of stories that occur elsewhere around the world, most notably in the fables of Aesop and the stories from the Thousand and One Nights.

PROCESS: Small but fairly detailed rough sketches for all the tales chosen for illustration, not much bigger than thumbnails. These were approved by and large with very few changes, so then it was just a matter of doing up the final artworks at the correct size. The silhouettes were all painted with waterproof ink over pencil sketches, then touches of white and red gouache were used for those little spots of colour and decorative detail.

RESISTANCES: Which ink will do?! When submitting the rough for the book's binding design, I discovered that the ink which I had used for that particular piece absolutely refused to dry on Arches hot pressed watercolour paper. Just as well it was a rough. Other inks will each have one desirable qualities but lacked something else. Too streaky? Too shiny? Not dense enough?

INSIGHT: Though I've done silhouette illustrations before and since this project, finding solutions to creating images which communicate with just gestures and silhouette were and are always a challenge. So too were the compositional difficulties involving backgrounds and the use of negative space in creating the semblance of depth and distance.

DISTRACTIONS: Everything! Sorrows, above all. But the overriding one, ever and always, is my failure to understand how time has vanished before I am at all conscious of it.

NUMBERS: Twenty Eight birds in one illustration. Half a dozen brands/types of black ink. Endless cups of tea. One completely surprising award.

FINAL THOUGHTS: The Myths and Legends of Russia illustrations are among my personal favourites. I'm still fond of them now after several years, which doesn't tend to happen with my other older work. 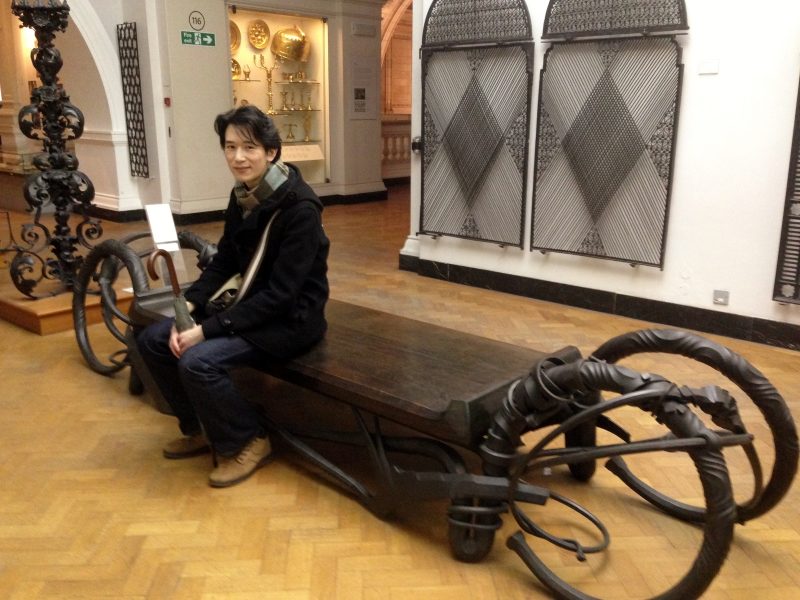 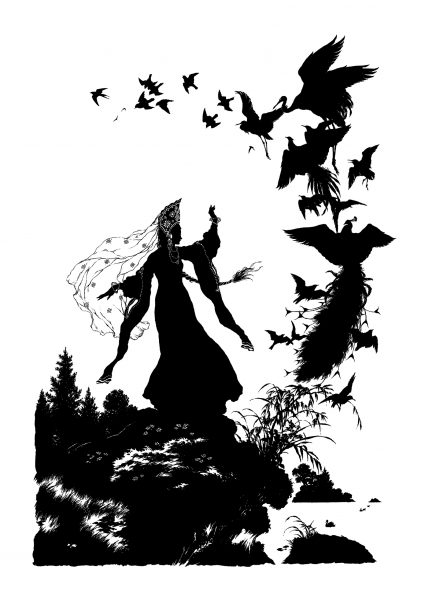