Jonathan is a Northern Ireland based illustrator and has been for over 10 years.  He came to illustration via a design degree at University of Ulster, followed by a spell as a scenic artist and muralist on theme parks across Europe.

Jonathan won the SAA Gold award in 2004, and a European Newspaper Award in 2011 for op-ed illustration in Financial Times.

”A large Irish bank commissioned my piece for a calendar.  Although a fairly conservative client, there was still some freedom to have fun with it.  It’s based on an Irish folk troupe called the Armagh Rhymers.  They wear these amazing wicker constructions on their heads. It goes without saying that it makes for a great visual.

As a direct result of winning the award I received an approach from a prestigious client who has since become a regular client over the past three years.  I entered at the last minute on a whim and I’m very glad I did – I couldn’t have imagined the positive effect it was going to have.”

BRIEF: An image for a calendar commissioned by Allied Irish Bank on the theme 'Ireland’s Hidden Places’.  To shed light on a lesser known Ireland that tourists may not be familiar with.

MATERIALS: Pencils, the back of an envelope, paintbrushes, acrylic paint, photographic elements and textures, Adobe Photoshop.

RESEARCH: I researched the visual element of the fantastic wicker ‘masks’ online and at a local museum, but also looked into the history of ‘mumming’ in Ireland – the ‘Strawboys’, as they are sometimes known.  It’s a tradition that dates back two millennia, so it taps into something fairly deeply rooted even if it looks a bit bizarre to modern eyes.

PROCESS: I always start with a thumbnail sketch just a few centimetres across to get the composition working simply and clearly – in this case to make sure the shapes of the masks have most impact within the composition.  Usually, if it hangs together as a tiny thumbnail it works when scaled up too.

RESISTANCES: The piece was done to a tight deadline, so as usual there are things I would have liked to refine a bit more and tweak.  The main thing was getting the shapes of those masks working clearly.  It all came together very quickly.

INSIGHT: The piece is based on a folk troupe called the ‘Armagh Rhymers’ who keep the ‘mumming’ tradition alive.  I grew up in Armagh and my reaction the first time I saw them was basically ‘What? Is? This?’ – or perhaps a few more words to that effect.  I remembered that reaction when I was thinking about this piece.

DISTRACTIONS: Probably DIY.  I’m constantly footering about the place with hammers and saws and a pencil tucked behind my ear. 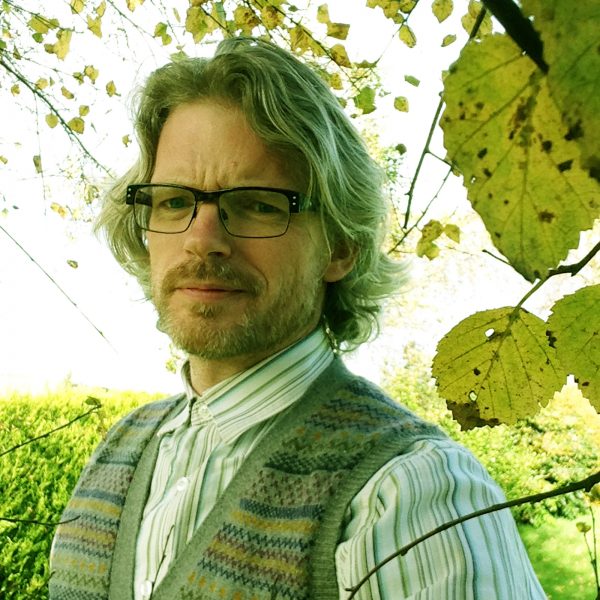 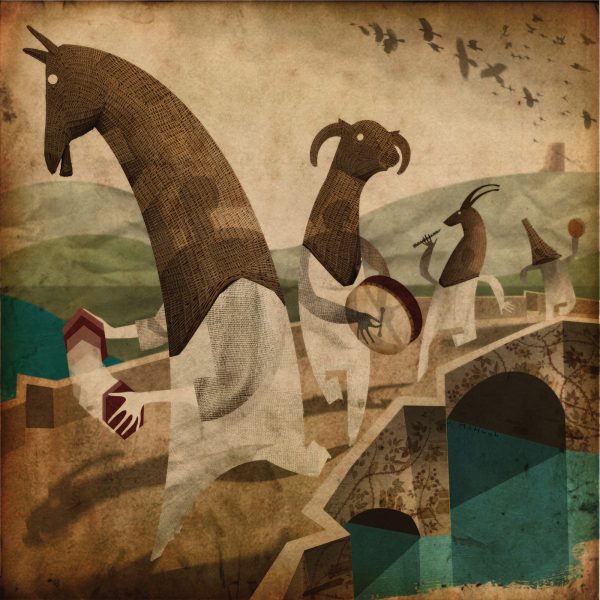