By Carnovsky Written by Kate Davies 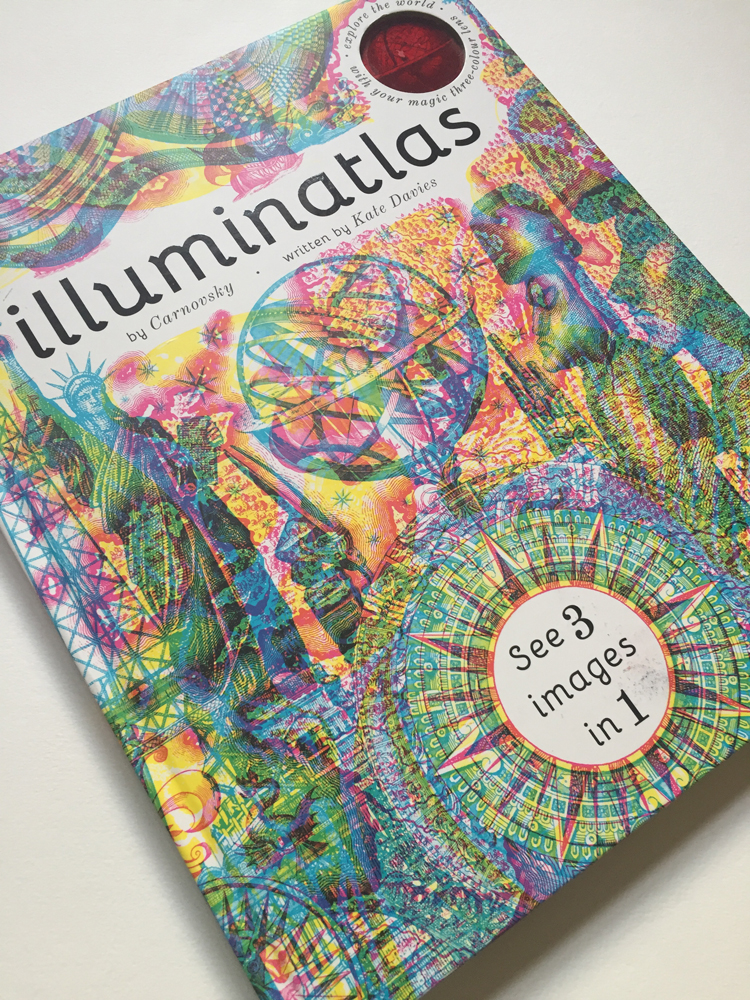 Illuminatlas takes you on a trip around the world, using the viewer comprised of a red, green and blue gel filter that you’ll find in a pocket inside the front cover. Each colour reveals different elements of the intricate double page spreads, because they have different wavelengths – red the longest, blue the shortest and green in between. 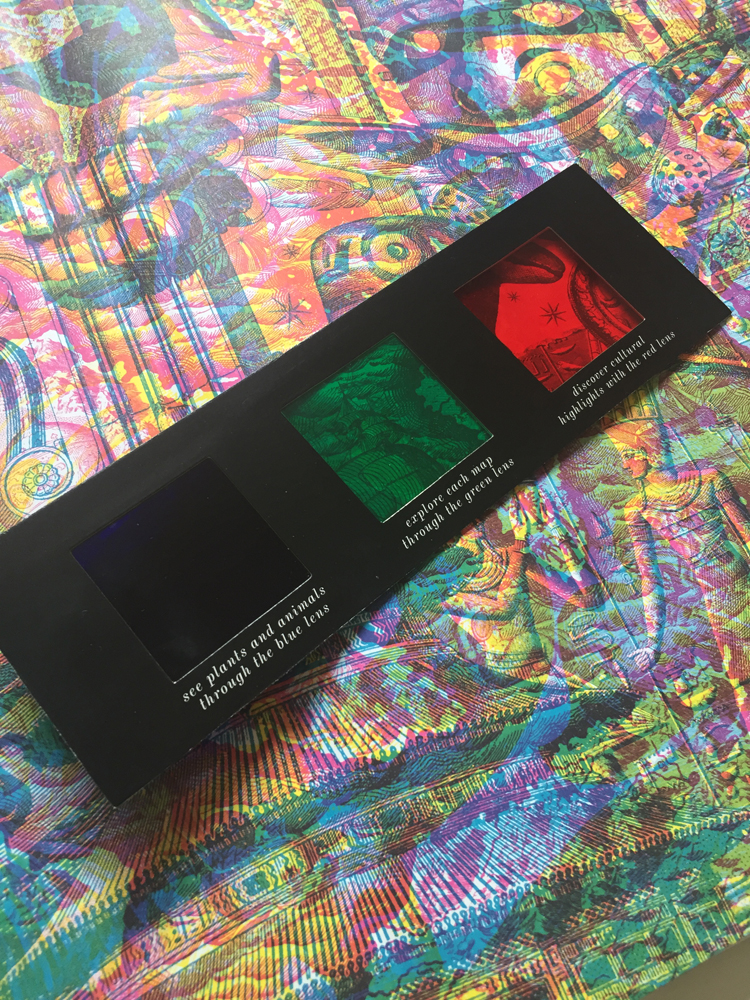 Looking though the red filter shows the clearest of the hidden images, untangling what reminds me of the ‘Magic Eye’ pictures that were so popular in the 1990s. Peering through the different coloured gels is best done in a good, strong light; particularly the blue. 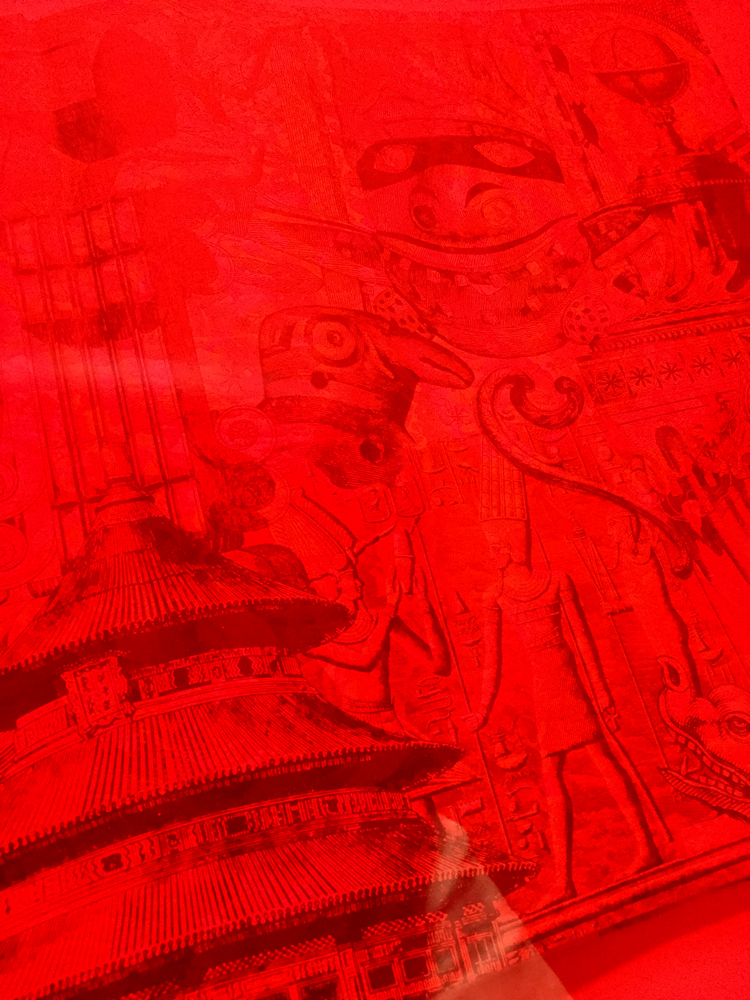 Red shows you the cultural highlights, green the geography and blue reveals the plants and animals from each continent. The following pages, the field guide, set out Kate Davies’ clear, concise text explaining the objects, flora and fauna on the preceding pages. Just about the right amount of text and tone of language to whet the reader’s appetite and encourage them to find out more elsewhere. The black and white field guide sections contrast with the colourful spreads, so each seems to heighten the impact of the other. 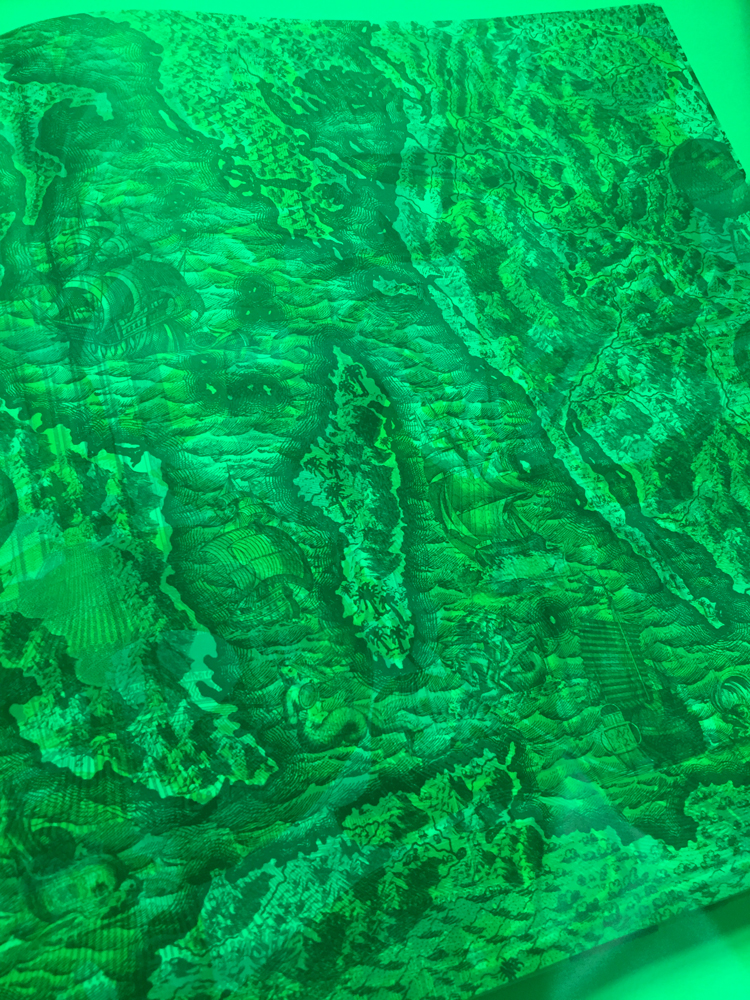 The images were created by Carnovsky, the art and design duo, Francesco Rugi and Silvia Quintanilla, who are based in Milan. They started collaborating in 2007, producing multi-layered artwork which reveals different scenes under red, green and blue light. 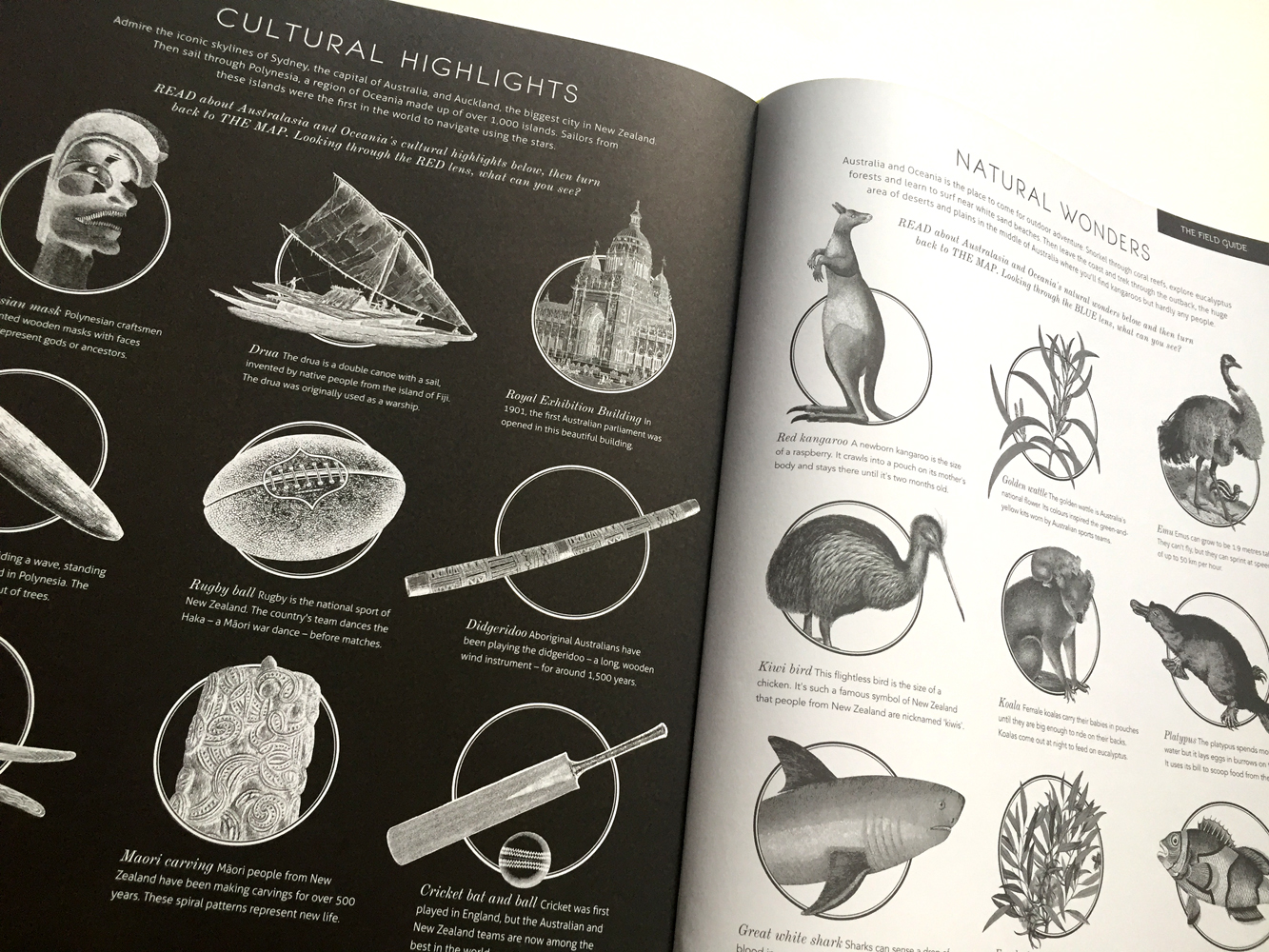 It’s clear that Carnovsky are concerned with the images working visually individually and also when they are layered. This clever and intricate set of images remind me of antique engravings and pack a feast of interactive images into a relatively slim volume, bursting with facts and providing the reader with an immersive, surprising and fun experience. 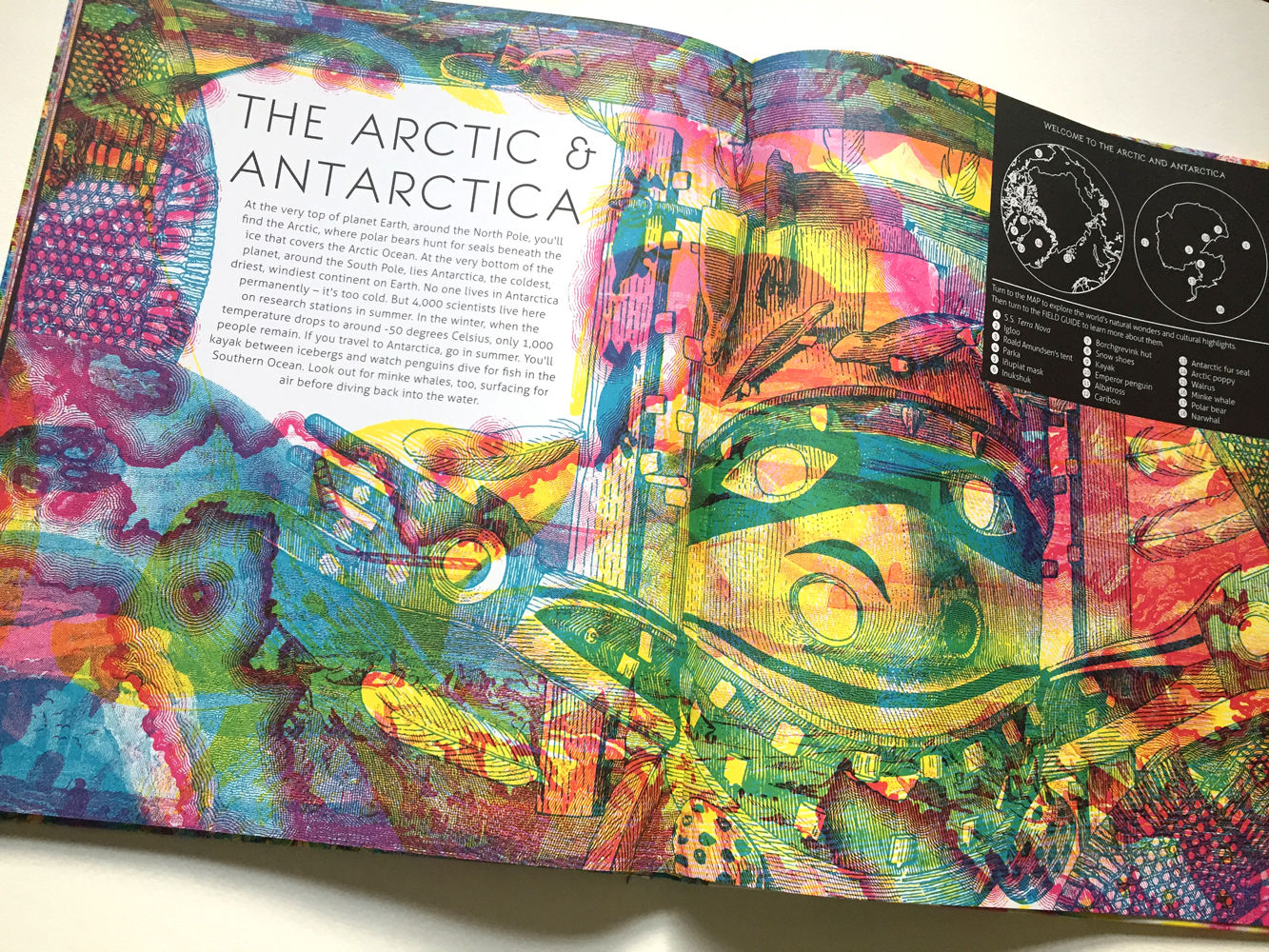