Judith Kerr and her family escaped Berlin to Switzerland the day before Hitler came to power in 1933, only 24 hours later the Nazis arrived at their empty home. Kerr, who died in May 2019, wrote and illustrated many classic children’s books including The Tiger Who Came To Tea, and the Mog series.

Judith was interviewed by John O’Reilly in 2009 for issue 11 of Varoom magazine. He asked What early work proved significant in her art or career? What one piece captured something essential about her work? How had her point of view developed in new work? and Which illustrators of a more recent generation she kept an eye on. We reissue this piece to celebrate her life and work. 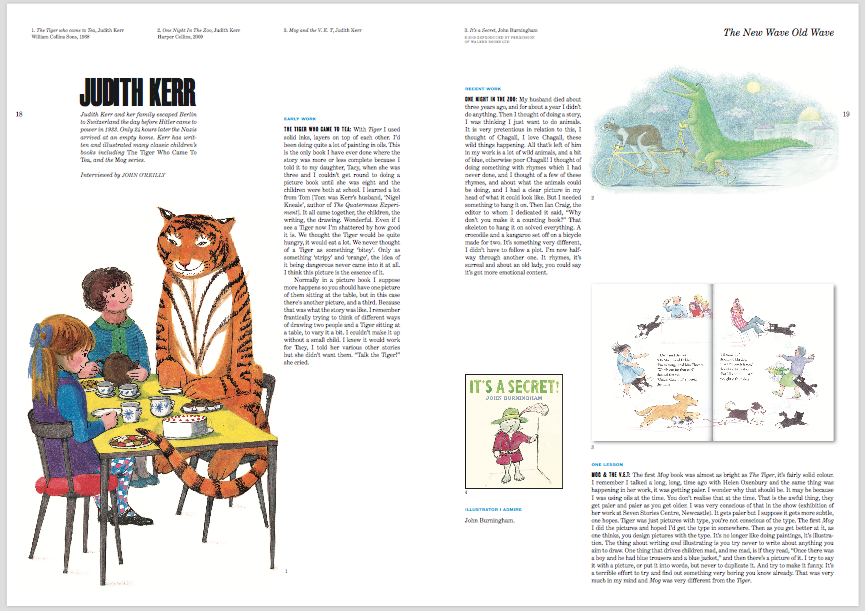 The Tiger Who Came To Tea

With The Tiger Who Came To Tea I used solid inks, layers on top of each other. I’d been doing quite a lot of painting in oils. This is the only book I have ever done where the story was more or less complete because I told it to my daughter, Tacy, when she was three and I couldn’t get round to doing a picture book until she was eight and the children were both at school. I learned a lot from Tom [Kerr’s husband Nigel Kneale, author of The Quatermass Experiment]. It all came together, the children, the writing, the drawing. Wonderful. Even if I see a Tiger now I’m shattered by how good it is. We thought the Tiger would be quite hungry, it would eat a lot. We never thought of a Tiger as something ‘bitey’. Only as something ‘stripy’ and ‘orange’, the idea of it being dangerous never came into it at all. I think this picture is the essence of it. 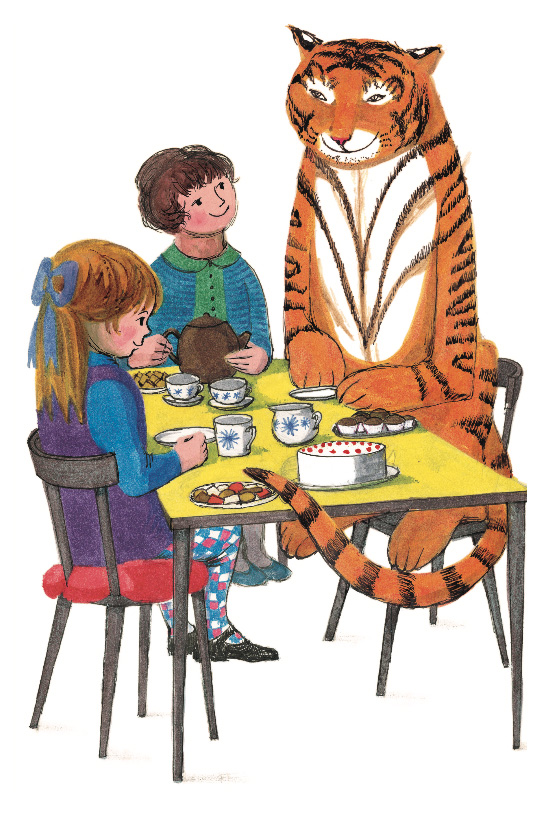 Normally in a picture book I suppose more happens so you should have one picture of them sitting at the table, but in this case, another picture, and a third. Because that was what the story was like. I remember frantically trying to think of different ways of drawing two people and a Tiger sitting at a table, to vary it a bit. I couldn’t make it up without a small child. I knew it would work for Tacy, I told her various other stories but she didn’t want them. “Talk the Tiger!” she cried.

The first Mog book was almost as bright as The Tiger, it’s fairly solid colour. I remember I talked a long, long, time ago with Helen Oxenbury and the same thing was happening in her work, it was getting paler. I wonder why that should be. It may be because I was using oils at the time. You don’t realise that at the time. That is the awful thing, they get paler and paler as you get older. I was very conscious of that in the show [exhibition of her work at Seven Stories Centre, Newcastle]. It gets paler but I suppose it gets more subtle, one hopes. Tiger was just pictures with type, you’re not conscious of the type. 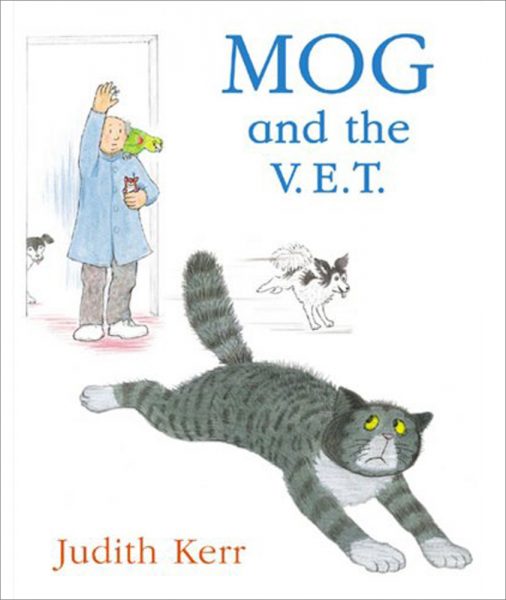 The first Mog I did the pictures and hoped I’d get the type in somewhere. Then as you get better at it, as one thinks, you design pictures with the type. It’s no longer like doing paintings, it’s illustration. The thing about writing and illustrating is you try never to write about anything you aim to draw. One thing that drives children mad, and me mad, is if they read, “Once there was a boy and he had blue trousers and a blue jacket,” and then there’s a picture of it. I try to say it with a picture, or put it into words, but never to duplicate it. And try to make it funny. It’s a terrible effort to try and find out something very boring you know already. That was very much in my mind and Mog was very different from the Tiger.

One Night In The Zoo

My husband died about three years ago, and for about a year I didn’t do anything. Then I thought of doing a story, I was thinking I just what to do animals. It is very pretentious in relation to this, I thought of Chagall, I love Chagall, these wild things happening. All that’s left of him is a lot of wild animals, and a bit of blue, otherwise poor Chagall! I thought of doing something with rhymes which I had never done, and I thought of a few of these rhymes, and about what the animals could be doing, and I had a clear picture in my head of what it could look like. But I needed something to hang it on. Then Ian Craig, the editor to whom I dedicated it said, “Why don’t you make it a counting book?” 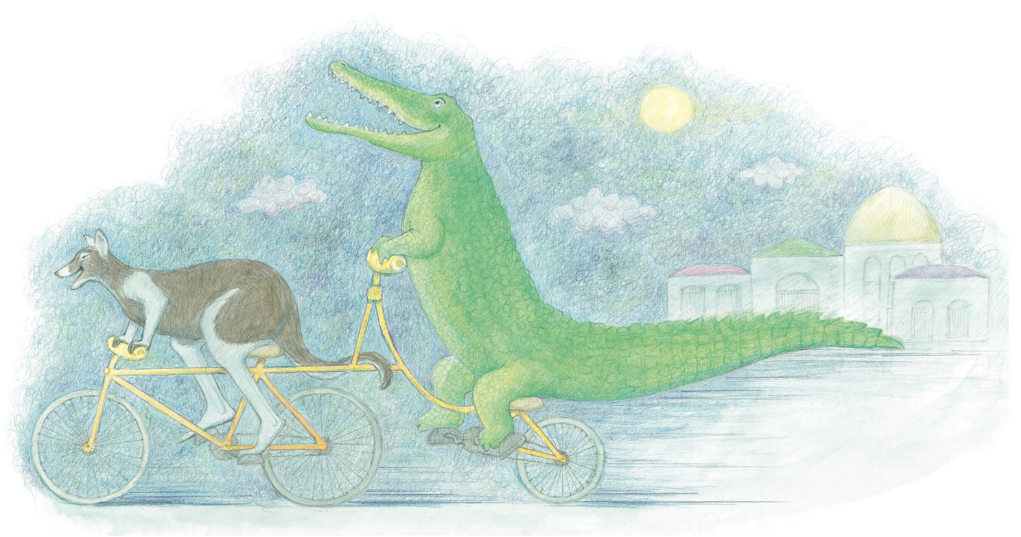 An Illustrator I admire