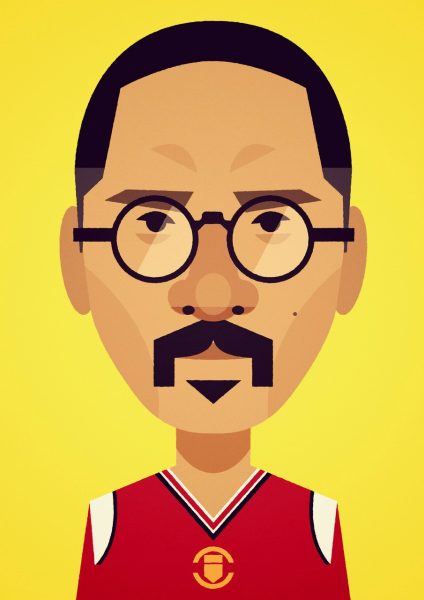 Tell us about yourself?

I’m a freelance illustrator for nearly 25 years. I’m based in Manchester. I was repped by The Northern Art Collection from ‘95-‘97, then joined Central Illustration Agency in ‘97. I joined Bernstein & Andriulli in New York in 2001.

How do you approach negotiating with clients?

This really depends on who the client is, what kind of job it is, how the illustration is going to be used and whether the client who approaches you is using the image for profit or not.

Usually publishing or editorial clients already have a set fee for illustrations, so there’s not much room to negotiate.

“To be honest with you I’m still not entirely confident in negotiating fees… especially when it involves digital media, social media and usage of work on the internet, so if I feel negotiating maybe tricky I will just let my agents deal with negotiations”.

Also, I’m in a quite fortunate situation when if a client does approach me it’s a case of “how much do you want to give me?” I’ll have a fee I’ve worked out in my head once I’ve been given the scope of the commission and if their offer is below what I think is acceptable then I’ll just say no, if they come back with a higher fee, then great and if they don’t come back, I’m never usually that bothered.

However, with some larger clients I’ll chance my arm and ask for an outrageous fee and then see what happens.

As you were establishing you how did you keep quality control over your portfolio and career – were there times you said no to certain jobs, or did you target specific clients?

Back in the mid 90s, at the start of my career, I said yes to everything… I had no real direction as to where I was heading, all I knew was that I wanted to be illustrator. I just needed to get a foot in the door and then see where it would take me.

I was quite a versatile illustrator at the start. I was doing plenty of editorial fashion/lifestyle illustrations, storyboarding, posters and flyers for club nights. I was also shadowing for quite a few well-known artists, helping them out by copying their style if they were too busy. (Their secret is still very safe with me.)

Ultimately there was no quality control… I had a bunch of work and I let my agents decide what was best for my folio in helping find me work. Right after I left college, I did the all traipsing around the streets of London to find work to no avail… so having agents doing that bit for me was a godsend. To be fair, back in the mid to late 90s I had no real idea what was going to help me find work, as long as I made money illustrating it didn’t matter.

What proportion of your annual income comes from relicensing work?

It happens occasionally… maybe around 1 to 5%

What proportion of your annual income comes from product sales?

This varies annually, the product sales have been quite regular over the past 5 or 6 years… it just depends on commissioned work, but around 30-50% 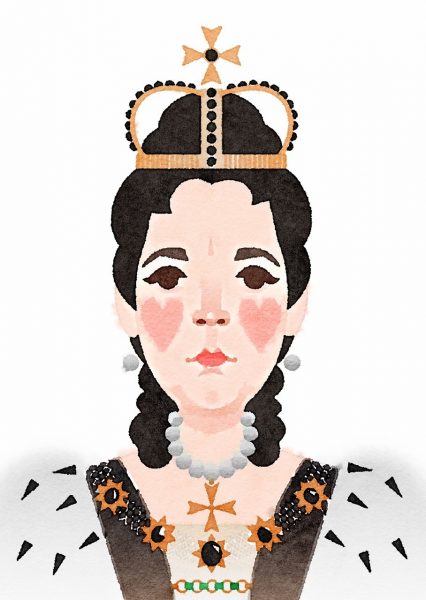 How important is self-initiated work?
It’s really important. Firstly, it’s what keeps me sane and constantly appreciative that I have such a brilliant job.

Regardless of how busy I am with client work, I will always try and find time in-between commissions, whilst waiting for feedback to do as much self-initiated stuff as possible.

“The self-initiated stuff essentially is the work you want to be doing for the rest of your career, so the more of that kind of work you have in your folio, hopefully means potentially the likelier a potential client will approach you wanting that kind of work”.

Manchester United are one of my regular clients… they are also the football team I support. I spent a number of years illustrating footballers, mainly Man Utd players.  I’ve gained quite a big twitter following with who many are football fans and  with this I indirectly targeted Manchester United as a potential client, and it’s kind of paid off. Working for United has led to doing some work for the National Football Museum and Adidas.

Earlier in my career I did some fan-art of the band The White Stripes. This led to them commissioning me to do some work for them, which led to being nominated for a Grammy Award, which gained me some kudos in USA, which lead to getting regular work from the New Yorker.

Freelance income can be precarious.  How do you manage your finances? How did you learn this?

In the first 10-15 years of my career it was hand to mouth, batting off bailiffs, selling my CD collection to pay the bills, borrowing money off my parents to pay rent….

But I guess I’ve become one of the lucky ones. Not being lured down by the bright lights of London has helped my finances a great deal… For the last 7 or 8 years I’ve been constantly busy, my prints are constantly selling, so thankfully budgeting has never really been a problem so far.

But it’s not something I take for granted. Despite regularly being busy, at the start of each calendar year I always feel that everything is going to collapse around me. I have plenty of other little projects going on as a contingency which I can possibly push more if illustration commissions start slowing down.

How do look after your wellbeing?

I look after my wellbeing by strictly working on weekdays only and not working late anymore (unless absolutely necessary), so I have the weekends and evenings for me time and family time with my wife and children.