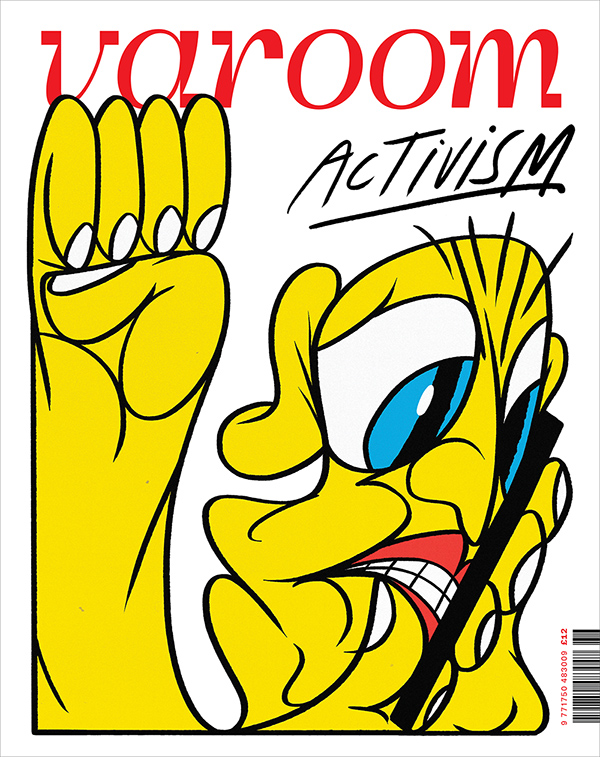 Illustrators often use their work to challenge, provoke and advocate on issues from the personal to the local to the global, visualised with an in-your-face illustration for the Activism cover from NY based Bráulio Amad.

We also talk to Jon Halls about his fictional property development company set up to advocate for the value of green spaces, Mona Chalabi on her drawn information data on issues from abortion to wage inequality, Anna Steinberg talks to Seb Chaloner about his animations chucking a brick through the windows of exclusive members clubs and the Zines working to change under representation in the publishing world.

Also in this issue, Stuart Lang assesses how the credibility of brands can be in the balance when they adopt movements for equality and empowerment as part of their promotional activities, and Luise Vormittag explores Tings Chaks ‘graphic documentary’ which tells the hidden story of Canada’s migrants’ spaces.

Progressive politics are at the heart of Indian publisher Tara Books – from their feminist retellings of religious stories to their championing of tribal art and the craft of book making. Founder Gita Wolf and artist Bhajju Shayam explain their process in Book Building. 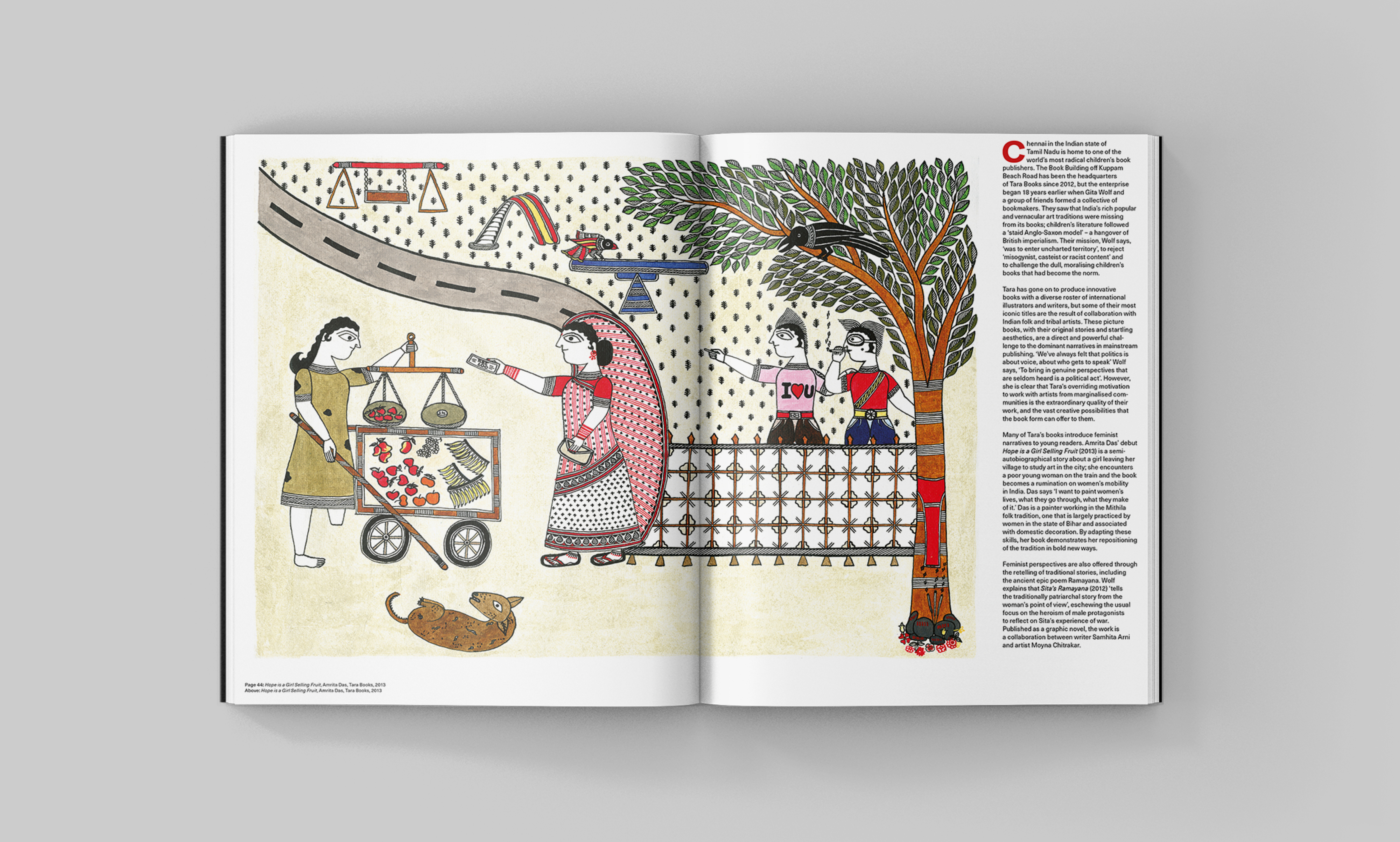 The role graphics have played in protest and campaigns for change is examined by Margaret Cubbage, and in Contested Spaces, Emily Jost, founder member of Artists Against Cleansing and Ian Whadcock, Senior Lecturer at Manchester School of Art give their views on developer-led commissioning – is it always artwashing?

Activist Seth Tobocman discusses his comic on the transportation of fracked oil through Albany, New York and the housing projects residents fighting the dangers the occasionally exploding trains bring. 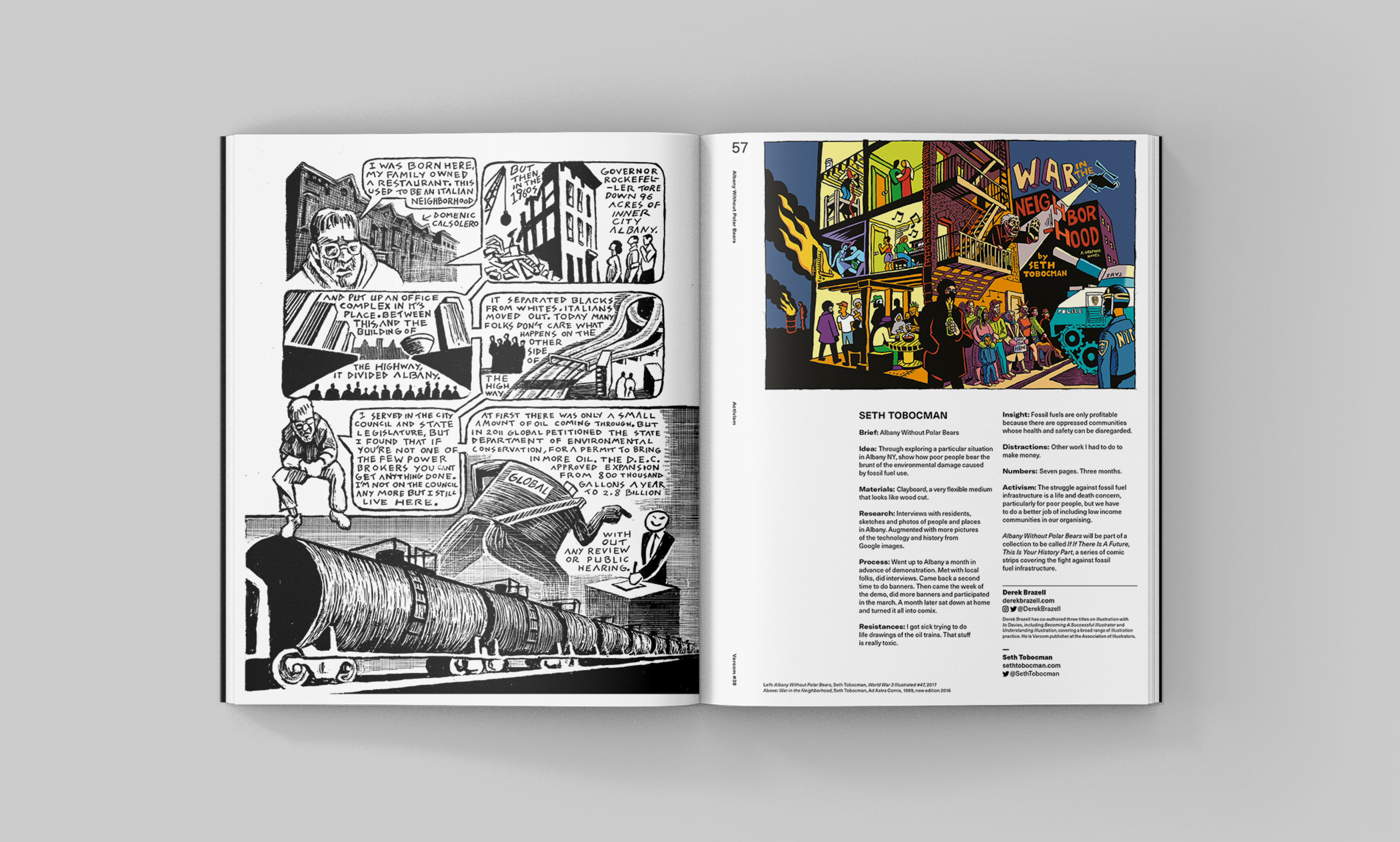 Mexican street art duo Himed & Reyben who combine large-scale murals with political and social messages are featured, and we talk to those across the industry supporting the Pictures Mean Business campaign emphasising the economic benefits of crediting illustrators.

To purchase Varoom 38 go to the AOI Shop