Edward Bawden is revered in illustration circles as a versatile artist whose work has formed over time a visual identity for mid century Britain through evocative images of the countryside, buildings and a disappeared lifestyle epitomised by the English village of local shops, farmers fields and church spires. 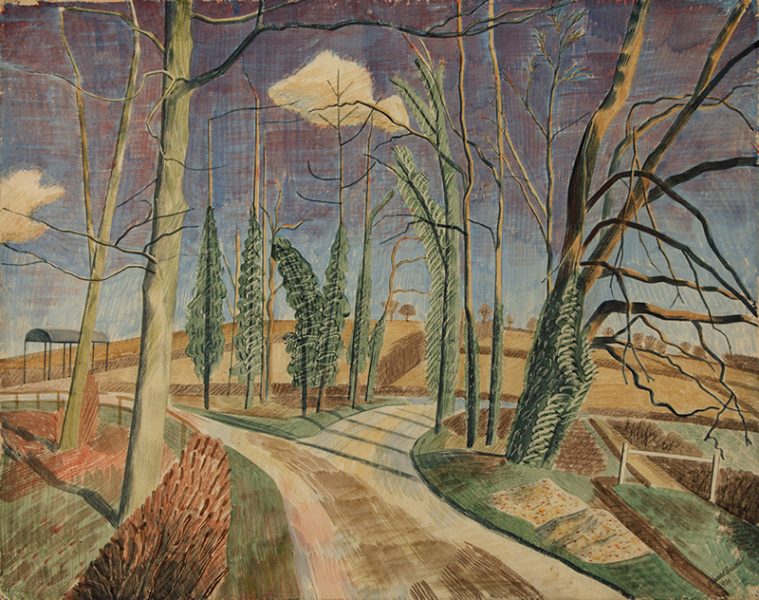 The Bawden exhibition at Dulwich Picture Gallery covers all this, but also includes a lot of his book illustration work along with lesser known artworks. Bawden, who died in 1989, was a master print maker and there are some of his stunning large scale lino prints in limited colour palettes which create a deep atmosphere, especially Liverpool Street Station (1961) which glories in the soaring Victorian architecture.

An entire section of the show is given to Bawden’s drawings as a war artist in the Middle East, and these include images of refugees and portaits of African and Morrocan soldiers and Iranian sheikhs. These are works I wasn’t aware of, and reveal a sensitive approach to portraiture (always including the space that the sitter is part of). It’s a shame these portraits are not more widely known as they reveal the faces of those not typically depicted in British art. 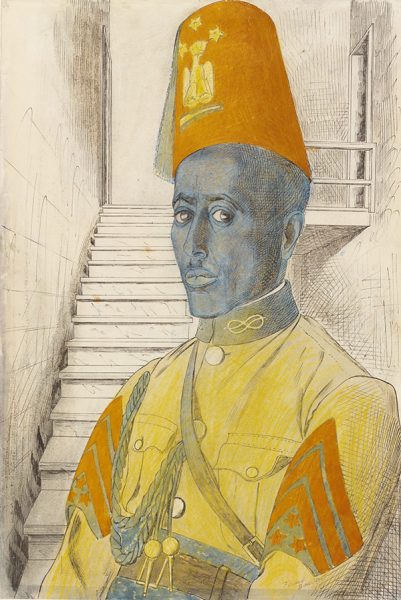 The exhibition closes 9 September, and is highly recommended to all those interested in amazing technical skills and beautiful and often intricate drawing. 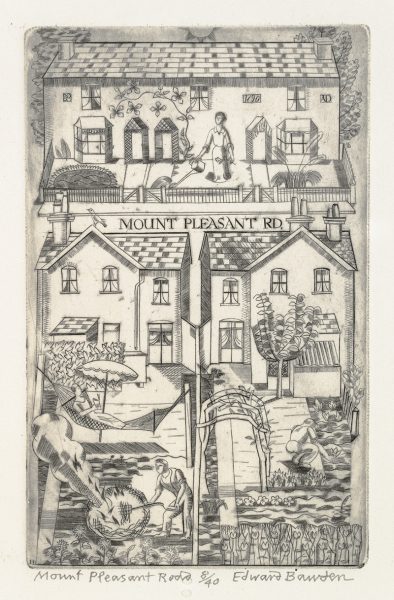 Are You Sitting Comfortably? – review

Bawden, Ravilious and the artists of Great Bardfield – book review