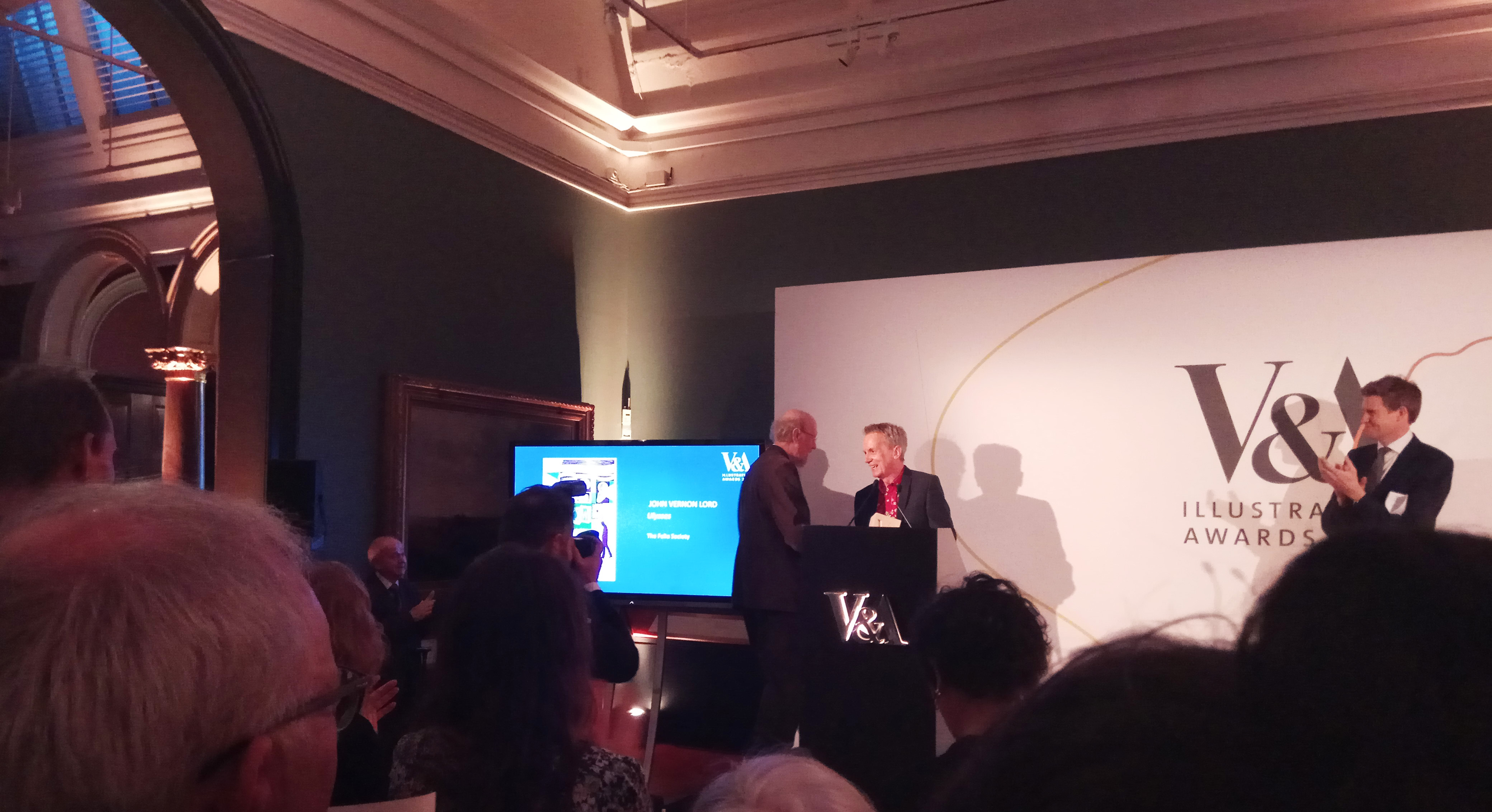 John Vernon Lord was awarded the Moira Gemmill Illustrator of the Year and Best Illustrated Book prize at the V&A Illustration Awards 2018, for Ulysses (The Folio Society). His work will be displayed at the museum alongside the winning artworks from each of the categories and the commended student shortlist until 24 June 2018. Lord gave an acceptance speech emphasising how much the award meant to him, but also commented on his concerns about the arts education.

“Just something else to say while I have the opportunity. If I had my way the visual arts and crafts, music and drama should be the cornerstones of our schools’ curriculum. These core values are undervalued in our schools and underfunded by politicians and some head teachers. They are too often dismissed as not being a priority. Creativity, culture and the arts are being systematically reduced from the education system, with dramatic falls in the number of pupils taking GCSEs in art, design, drama, music and other creative subjects.

I wonder if the educationists are only happy when there is a clear and finite way of assessing results, such as Maths; whereas judging the creative arts can be an enigma to some. We must all give a voice of protest, whenever possible, at the demise of creative subjects in our schools. Indeed, the Victoria and Albert Museum’s very purpose itself is to celebrate creativity of all kinds and what a marvellous place it is.” 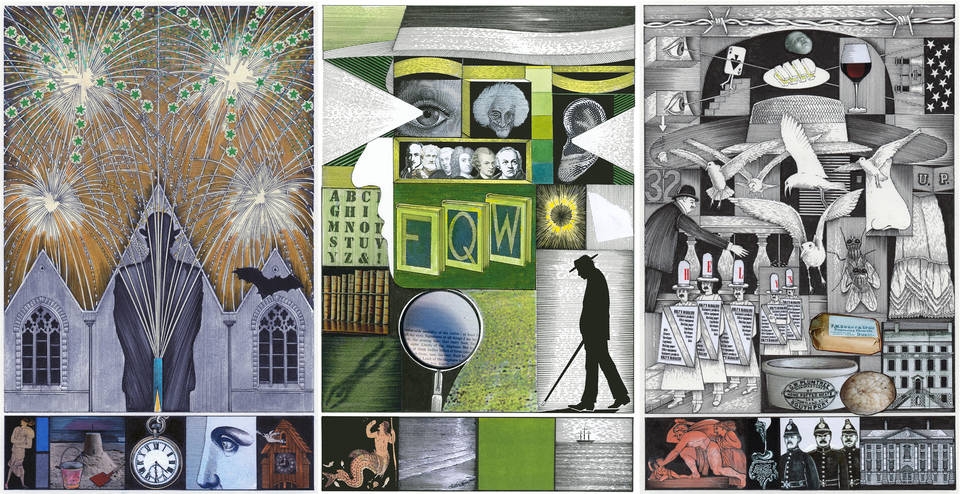 First award of the evening was the student prize which was judged by Richard Allen, recipient of the Illustrator of the Year prize in 2017 and Martin Colyer, writer, art director and Editorial Board member for Varoom magazine. This was given to Joseph Namara Hollis for The Big City. Joseph, who is currently studying for an MA in Children’s Book Illustration at AOI College member Anglia Ruskin University, was praised by the judges for bringing charm and sophistication in equal measure to his piece.

Student Illustrator of the Year Runner Up was Fay Troote for The Diving Pool. Troote is currently studying for a BA in Arts Illustration at Bournemouth Arts University. AOI members Alva Skog from Central Saint Martins (University of the Arts) and Sinae Park – Norwich University of the Arts were Highly Commended along with Emily Hill from the Royal Drawing School. 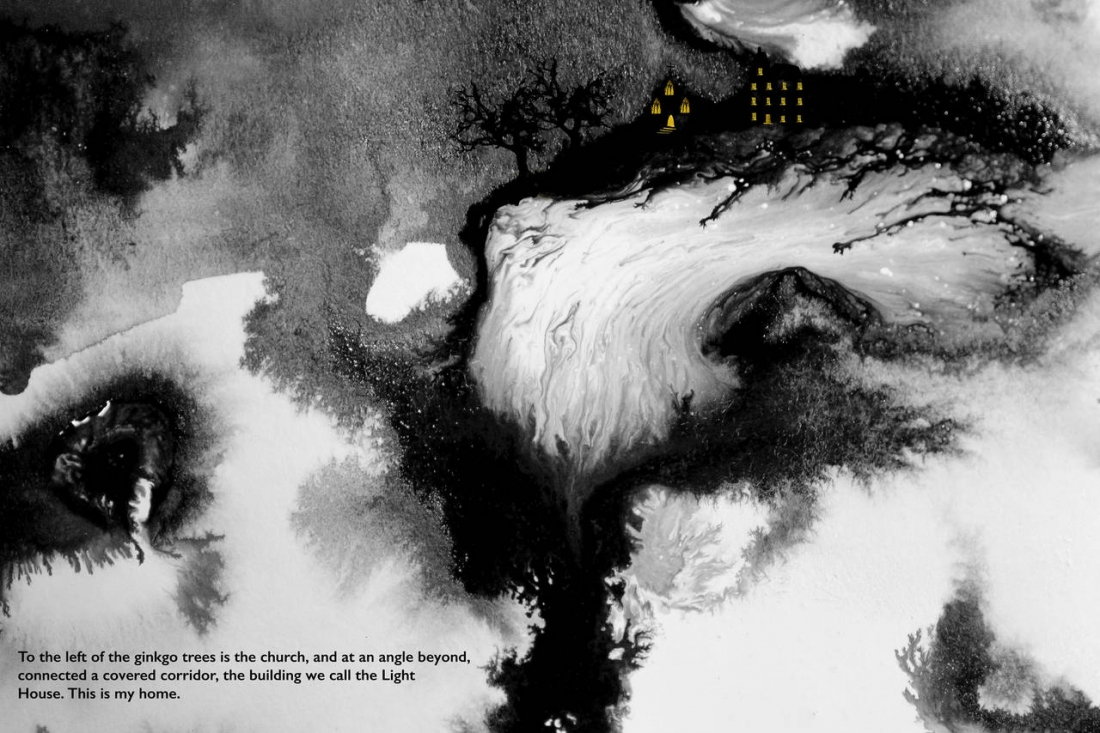 Best Editorial Illustration was given to Cat O’Neil for RSA Benefits, in French newspaper Libération. O’Neil was commended by the judges for her melancholic and strong representation of a family financially struggling on state benefits. Her clients include The New York Times, WIRED, The Economist. She is also author of Home, a graphic novel about mixed race heritage and identity. 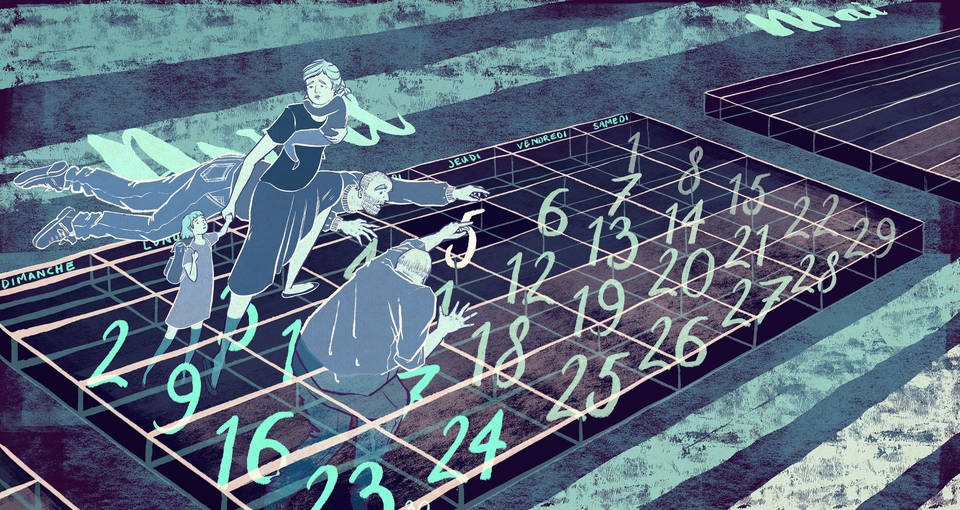 Suzanne Dean won Best Book Cover Design for Bluets, published by Jonathan Cape, 2017 – a non-fiction title about the colour blue. The judges praised her for successfully creating unity for the book as a whole and perfectly reflecting the writer’s narrative. Dean is Creative Director of Vintage Classics, and an acclaimed illustrator. 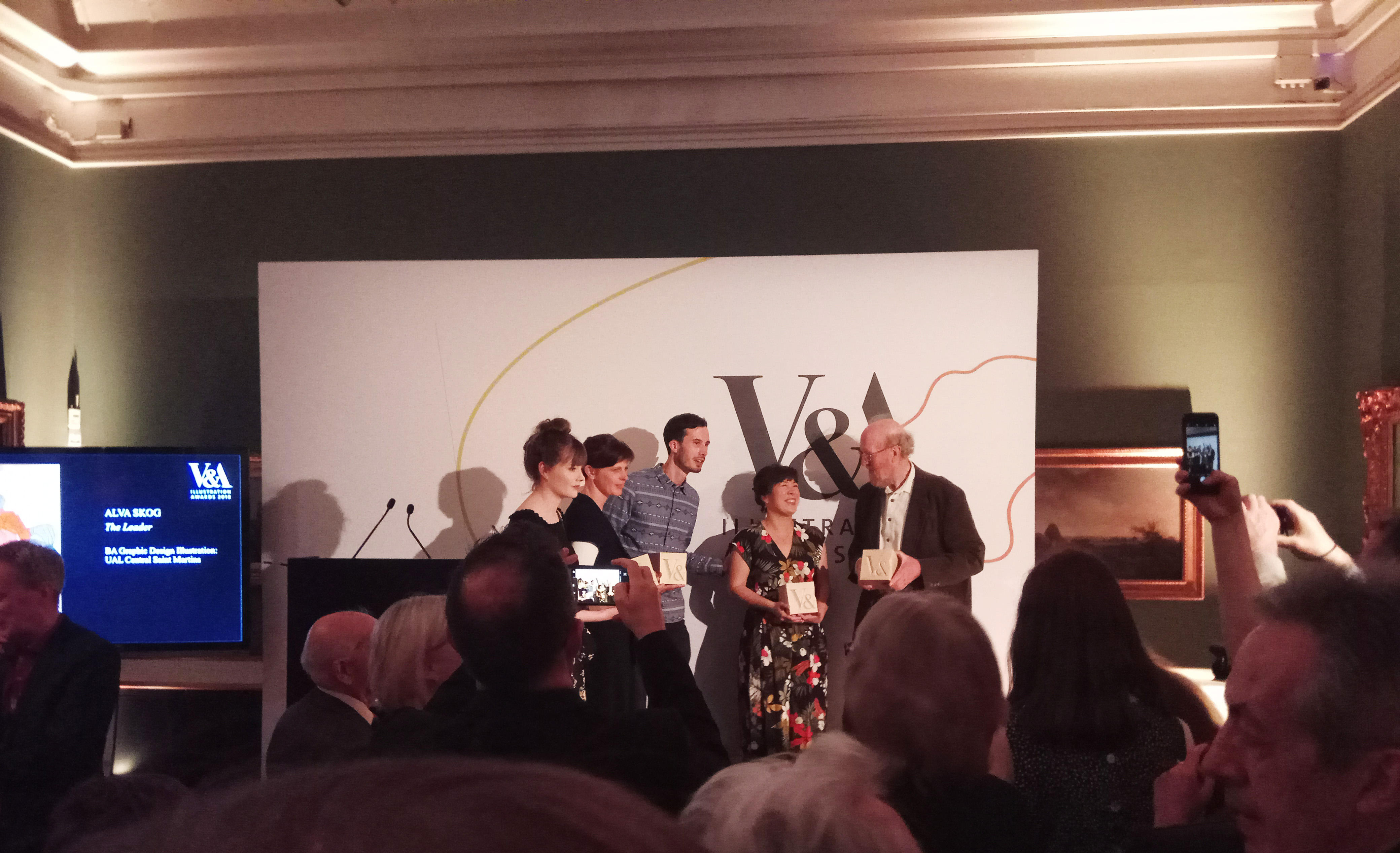 Lord’s acceptence comments refer to the English Baccalaureate, or EBacc, which now excludes creative, artistic and technical subjects from counting in key school league tables. To see more on the Bacc for the future campaign go here.