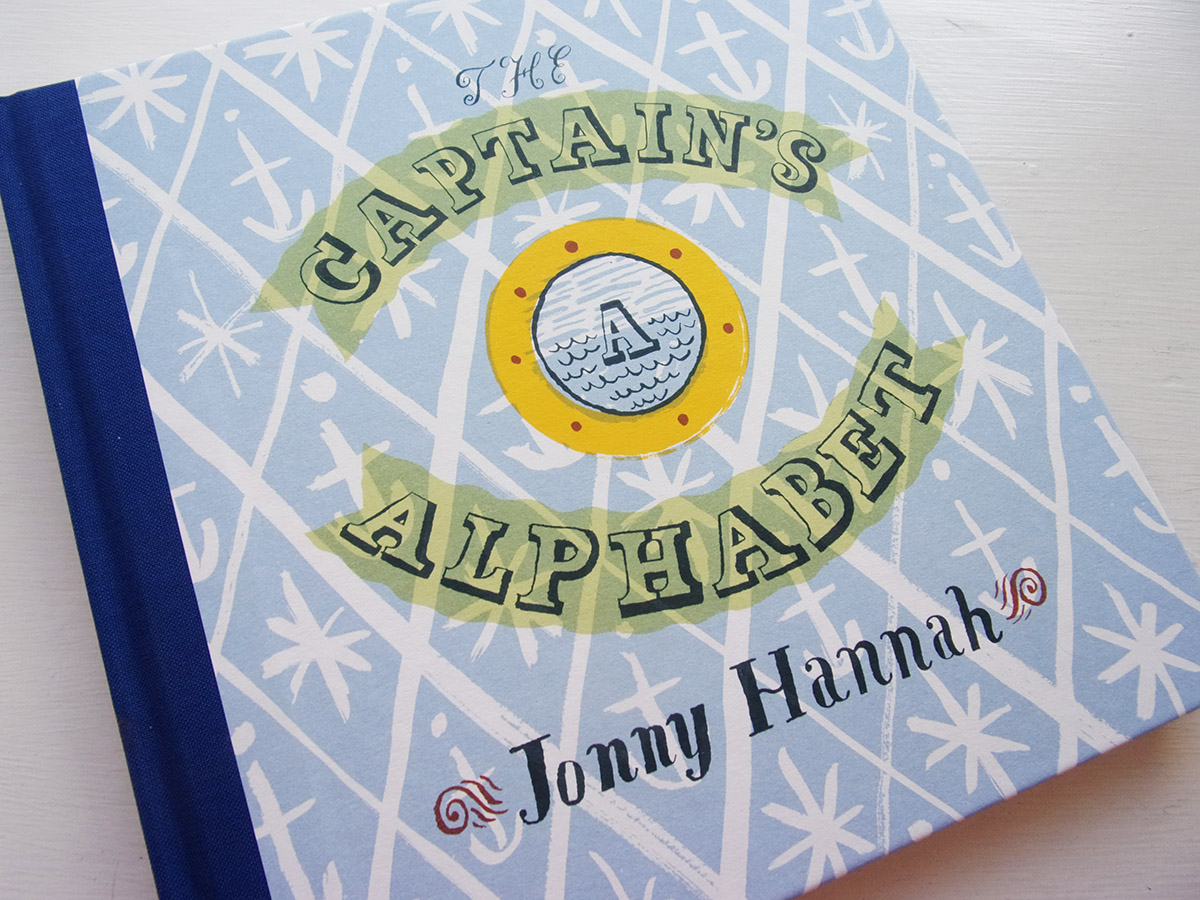 Before I tell you about the book I have in front of me, you should first know something of the illustrator and creator. Jonny Hannah learned his craft at Liverpool School of Art and later the Royal College. He has been represented by the Heart agency for eighteen years, and his client list is quite impressive. All the biographies I researched speak as highly of his character as they do his work. 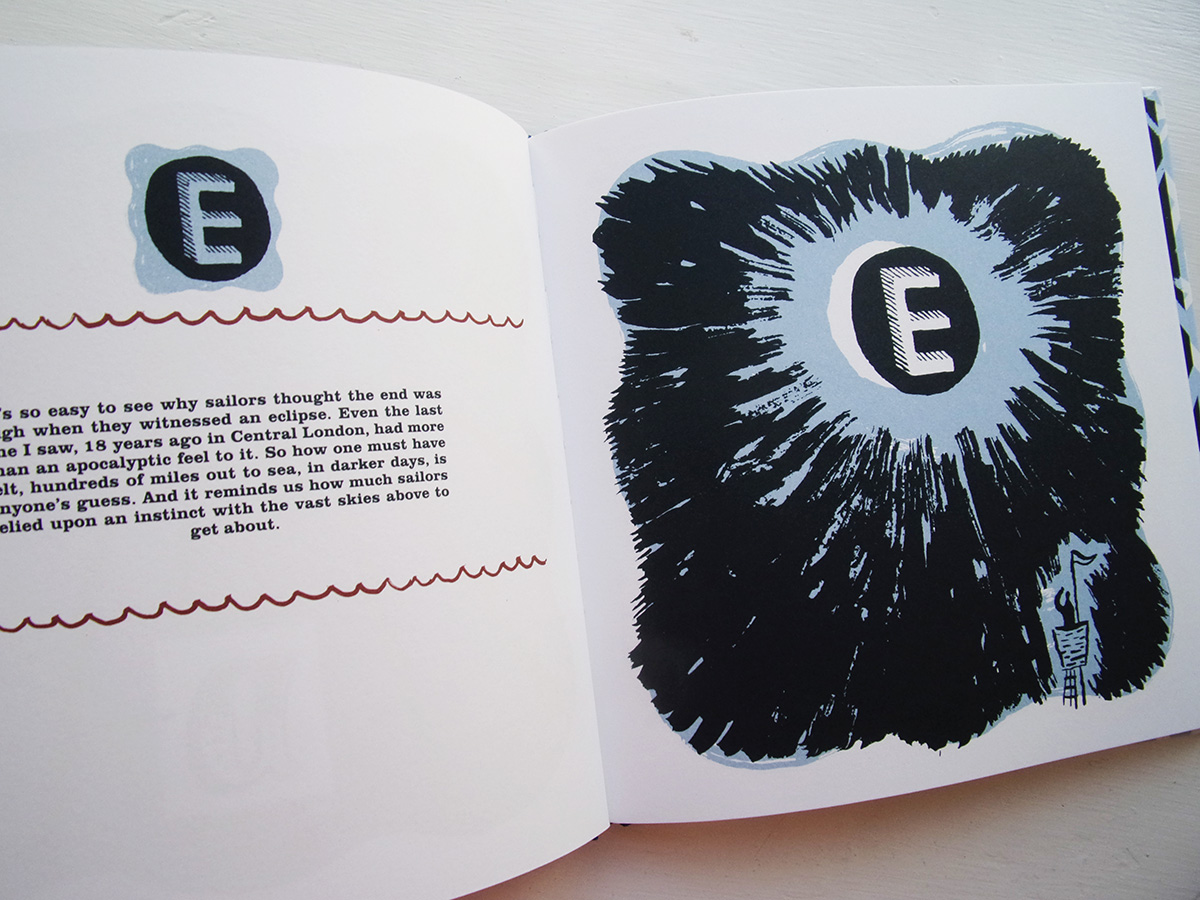 The Captain’s Alphabet was originally published by Merivale Editions, and this limited edition print is touchingly dedicated to his original publisher and friend. It is a beautiful production. The pleasing 21.5cm square hardback book has a feeling of quality about it, and you believe that it is something which demands your full attention and should not be eaten near biscuits or potential spillage from beverages. Inside (as you would expect from an alphabet themed book) are twenty six double page spreads consisting of an illustration on one side, and a nautical description for the letter on the other. The descriptions are a mix of humorous nonsense, facts and personal musings from the illustrator. The illustrations are produced in the print and linocut style for which Jonny is renowned, and any fan of his work will recognise them immediately. 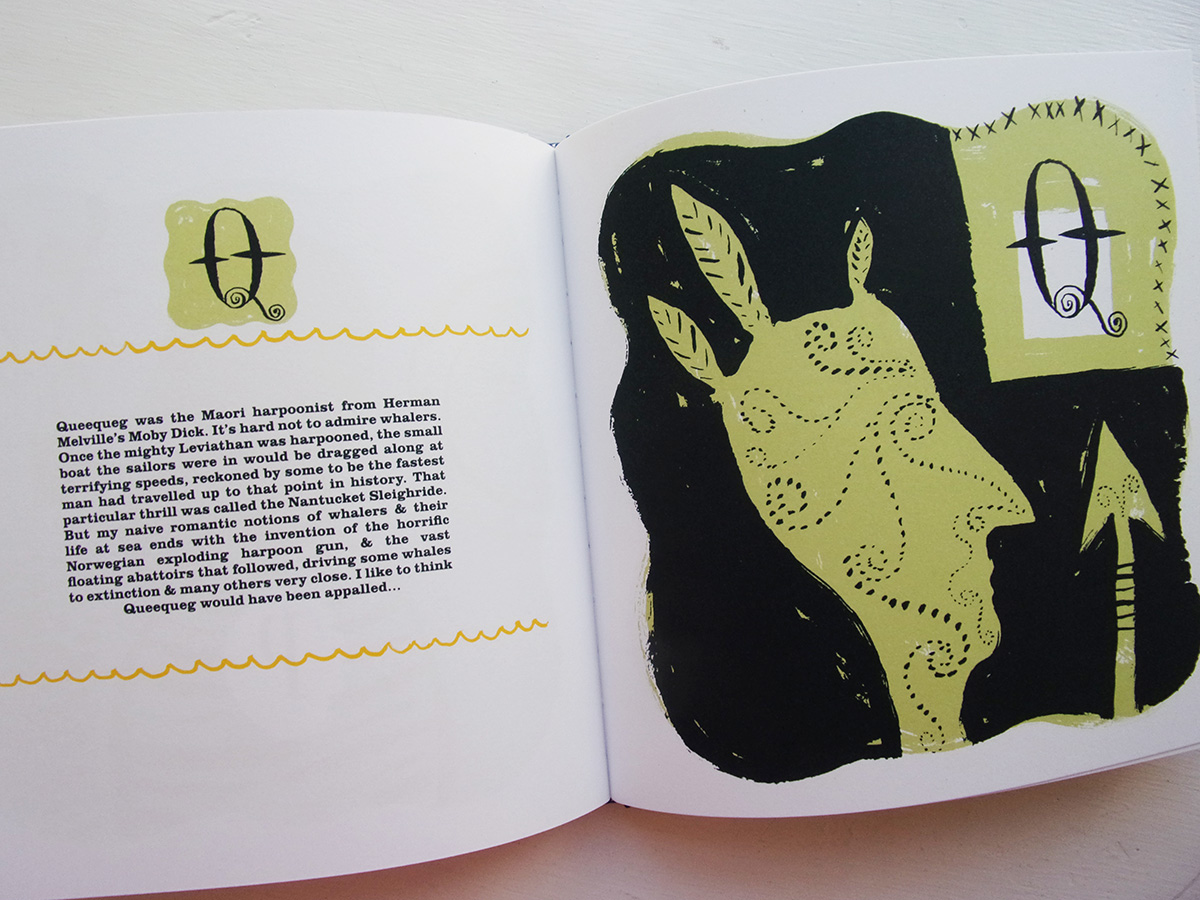 At the back of the book I was delighted to find yet another little book tucked into a little purposely made sleeve inside the back cover. I am not sure if this little 12 page book was in the original publication or not, but it is in the same style and theme. In ‘A Nautical Romance’ by Jonny Hannah he tells his own story with a stylised nautical theme and explains the origin of The Captain’s Alphabet. I was genuinely delighted to find a book within a book, and I reckon fans of Jonny’s style will be dancing a little jig as it is a wonderful thing. 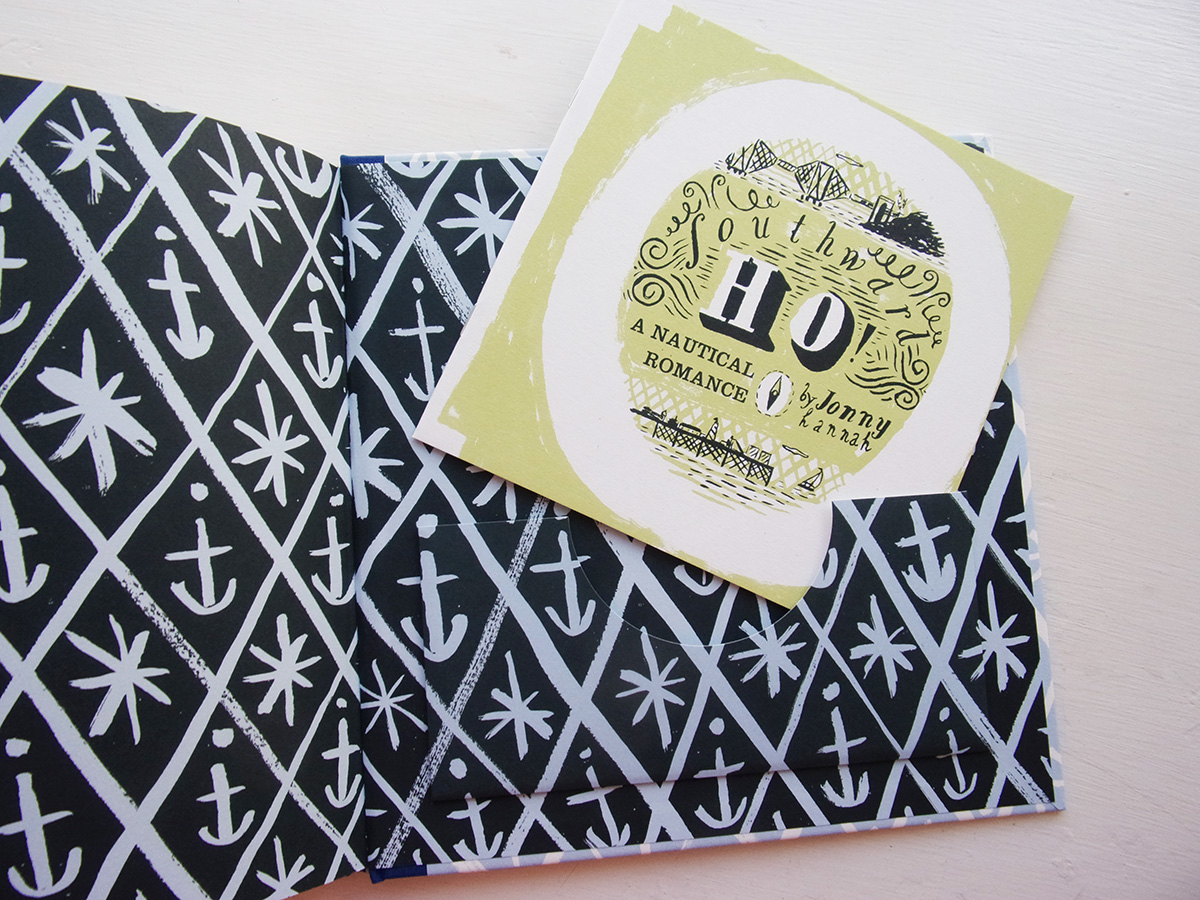 If you are a fan of printmaking or lino cuts then you will love this. If you have spotted Johnny’s work in one of the many publications, exhibitions or marketing campaigns he has appeared in and liked it, you have to own this book. It is a superb showcase for the illustrator and this style of illustration. 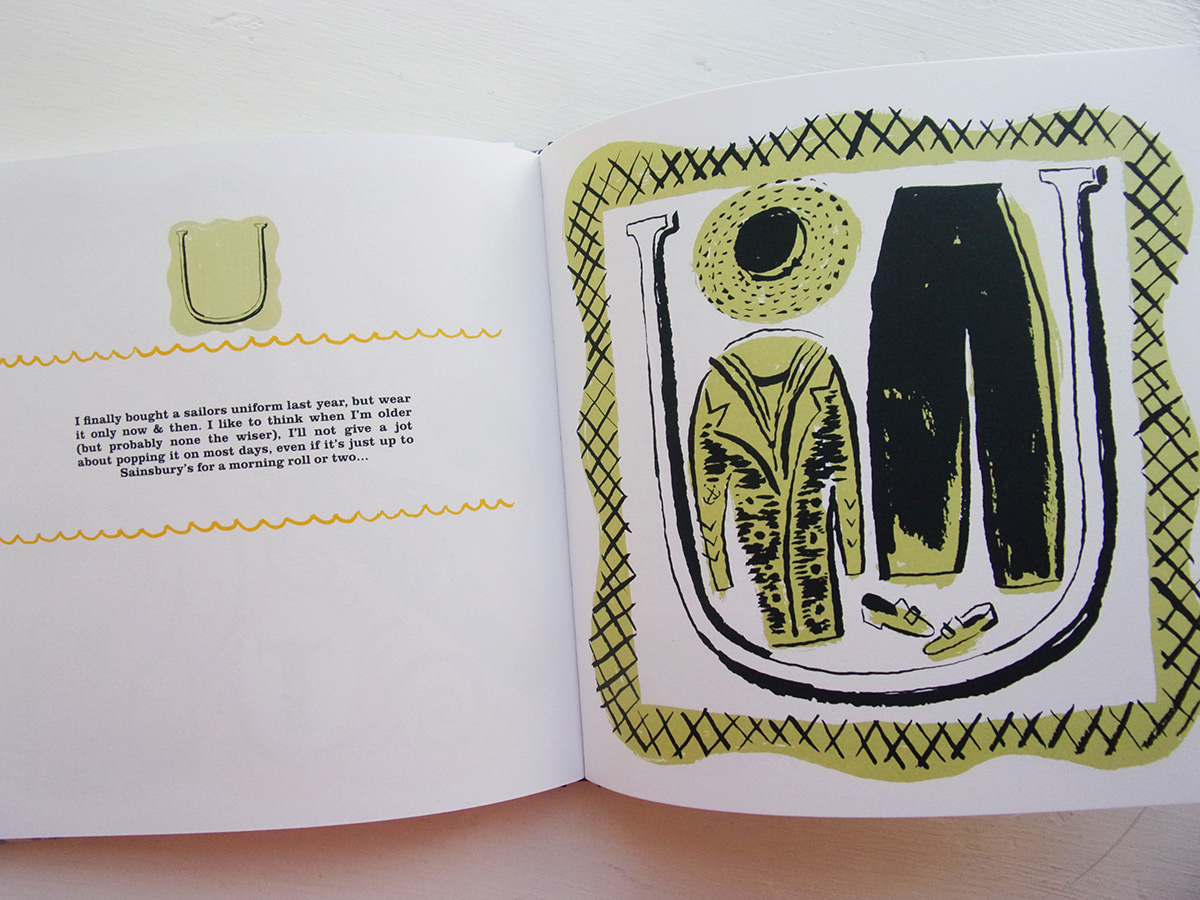