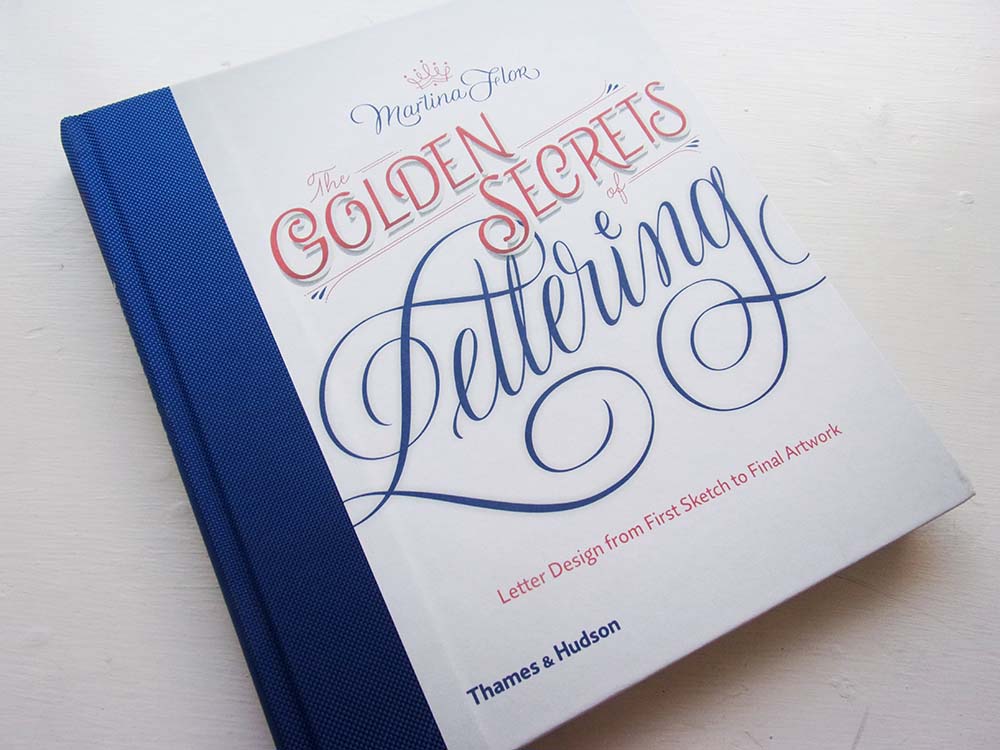 Lettering is everywhere. Over the last few years, there seems to have been something of a renaissance of hand-drawn lettering and traditional sign-writing skills. I occasionally dabble at drawing letters, and I’ve recently been studying different books on calligraphy and lettering, practising as much as possible, so I jumped at the chance to get my hands on a new book on the subject, and The Golden Secrets of Lettering does not disappoint. 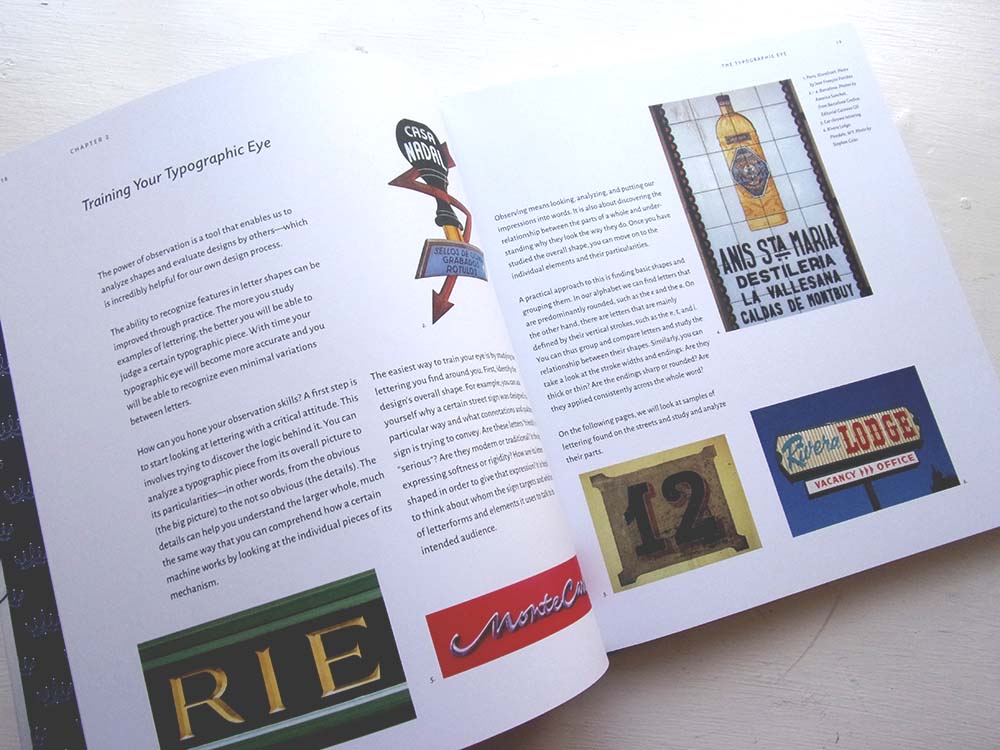 The Golden Secrets of Lettering is a beautiful volume, and real care has been taken in putting it together. It has the feel of something halfway between a scrapbook and a sketchbook – chapter title pages are a combination of sketchbook pages, torn paper and sketches, examples of text are dotted with handwritten notes and arrows, the pouring of knowledge from Martina’s head straight to the page. 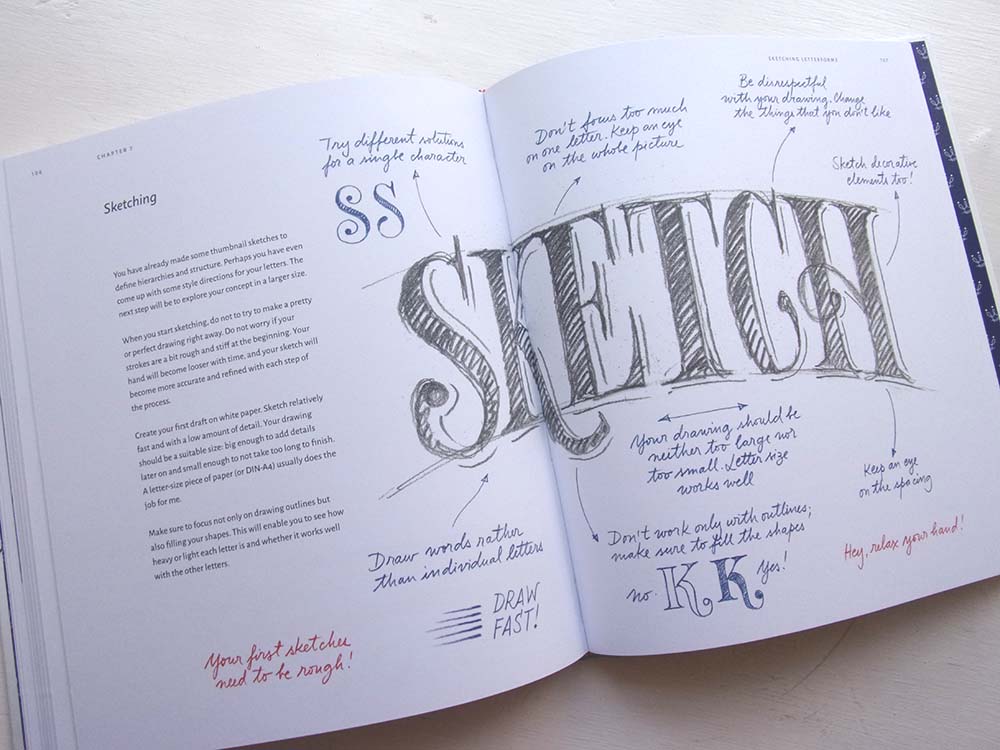 The book starts by exploring the differences between calligraphy, type and lettering, looking at the applications and examples of each, as well as basic terminology and construction of letters, followed by pages showing examples of different letter styles, exploring hierarchy and embellishments. The final chapters show the process of a project from start to finish – the creation of the lettering from the front cover – starting with the original sketches, it demonstrates the process of redrawing and refining them, before taking them to the final step and vectorising them on screen. Rather uniquely, it also has a section on how to take the skills you learn through the book a bit further, presenting some advice on professional practice – dealing with clients, posting to social media and pricing. 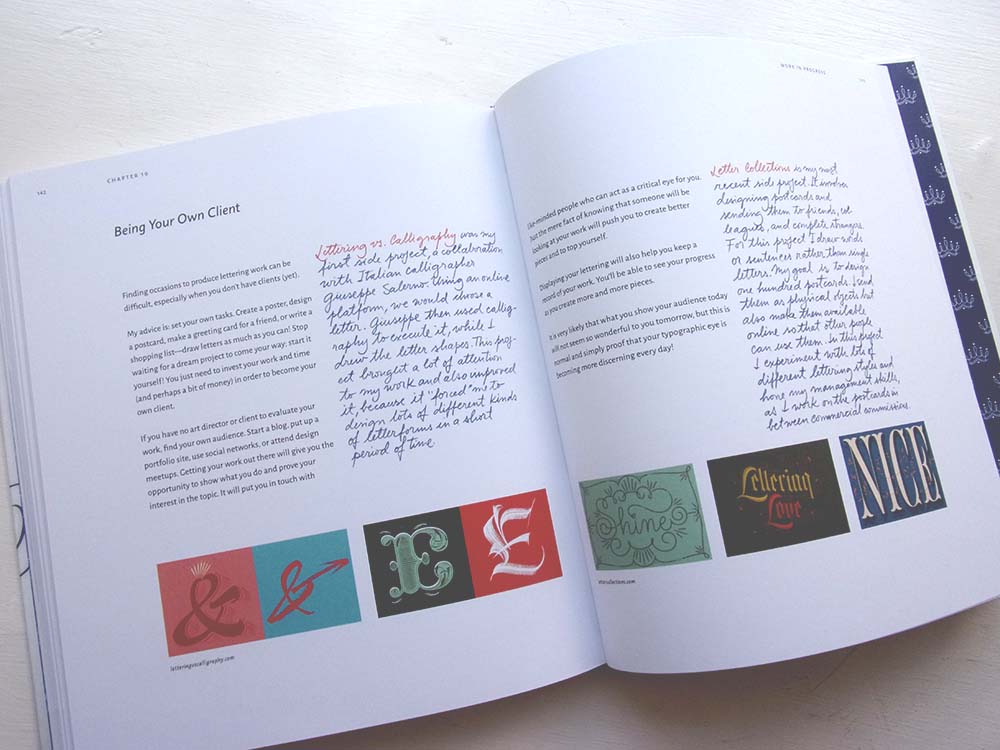 All in all this is a solid, comprehensive, beautifully presented guide to lettering, ideal for a beginner just starting out learning about the subject, but with enough interesting insights and tips to make it a worthwhile read for those more experienced as well.