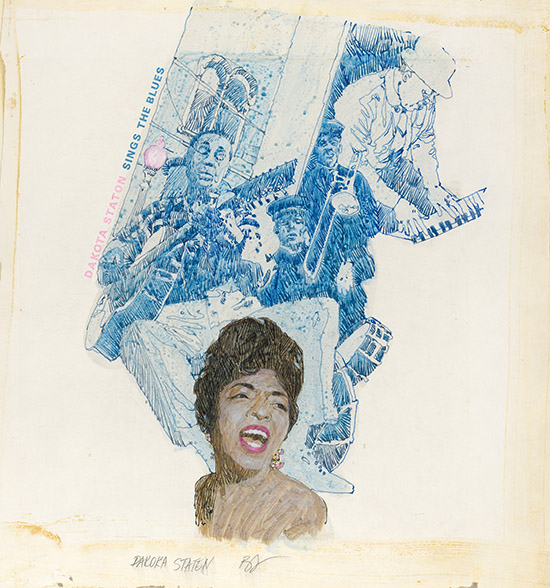 A recommended exhibition displaying the illustration work of Brian Sanders is currently open at the Lever Gallery in London. Although this show covers a limited period of Sanders’ work it’s encouraging that the careers of veteran illustrators of his standing are being celebrated in this way, adding to the history of illustration and its many developments.

We had a chat with Sanders about his illustrations (‘I’ve been working for over 50 years, and luck to be still doing it)’ and his early involvement with the Association of Illustrators.

The exhibition covers artwork from the 1960’s through to 1970, including work for magazines and from the set of seminal sci-fi film 2001: A Space Odyssey. A final touch is the commission from Mad Men creator Matthew Weiner for the last series of the hugely popular television series. 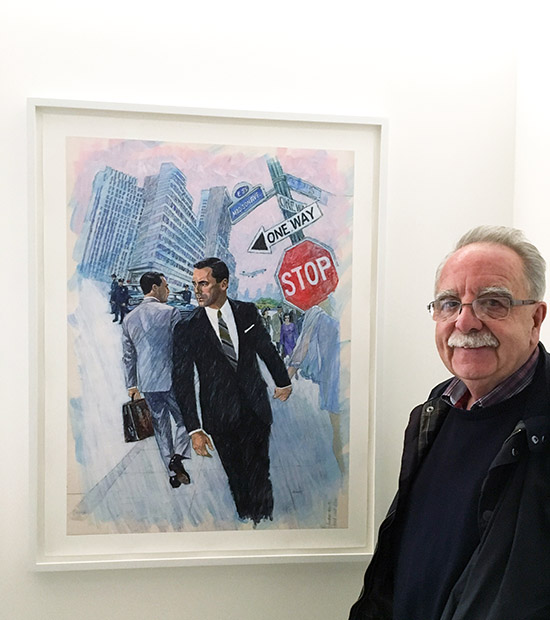 The exhibition was intended to have a wider time scope, says Sanders, but it make more thematic sense to limit the timescale for the period when he was working in the ‘bubble and streak’ style which was created with acrylic paint. This style has a delightfully period look to it now, and Sanders’ strength with composition and figures is strongly to the fore.

His work from the early 1960’s on grew out doing drawing from life around places such as Elephant and Castle in London (he was born in Southwark). Joy Haddington of Homes and Gardens magazine commissioned him based on this new work, and when the newspaper colour supplements began to be published, the Sunday Times Magazine gave him a perfect show window for his artwork. Nova magazine commissioned a series of monochrome portraits of notable figures, including politicians and film stars, which are an intriguing contrast in the exhibition to the more lush images created for short stories of romance for other magazines. 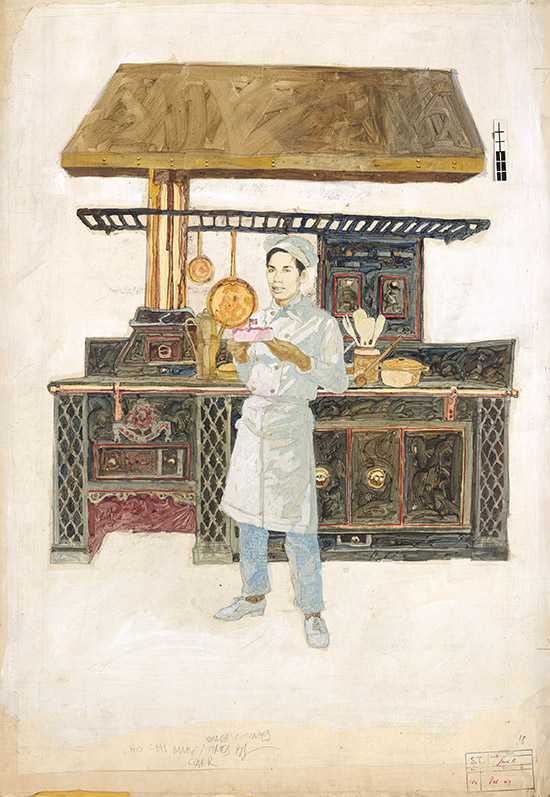 Sanders points out that this way of working changed over time as ‘I’d have been out of work if I stayed doing the same stuff I was doing in the 1960’s’.

In 1965 Stanley Kubrick called him onto the set of 2001: A Space Odyssey. ‘It was a wonderful brief from Kubrick – to do whatever I wanted to do. The only stipulation was that it could not be shown to anyone’. An ape head prop had been stolen from the set and that, along with other concerns, had made Kubrick cautious of people recording what he was doing. He took photographs himself, but didn’t like other cameras on the set. 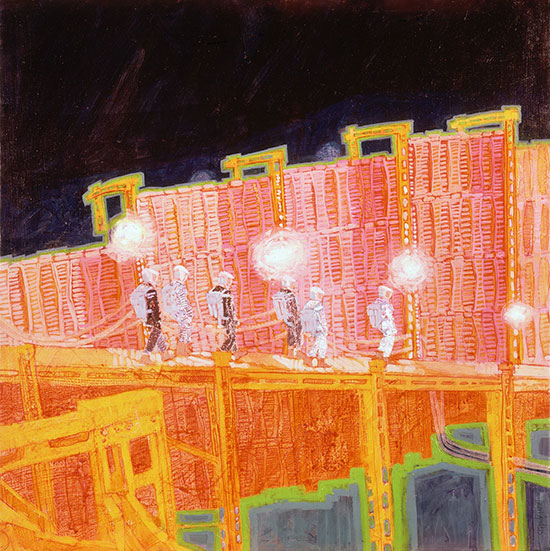 Sanders would spend two days per week in the film studio amongst the huge sets, and then go back to his own studio to construct the artworks. These images are very powerful and Sanders’ use of collage is especially effective on images of the suited spacemen with their suits created in tin foil. Unfortunately this work was not published, although Sanders has transparencies of the artwork (which was how artwork was reproduced in pre digital days), but only 26 out of the larger number of pieces ultimately produced. Kubrick had a barn full of work on his estate and Sanders believes that they may all be stored there. 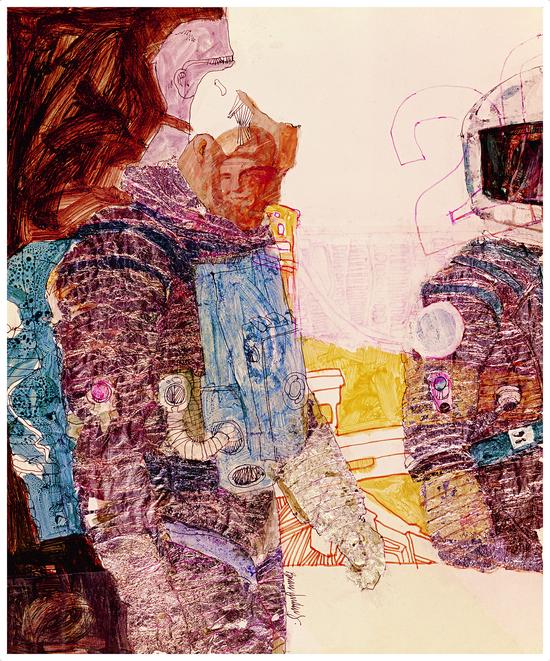 Conscious of the need for the lot illustrators to be improved, Sanders became involved with the Association of Illustrators initially to ensure that original artworks were returned to the artists once reproduced, ‘we wanted to make things better for us all’. As an AOI Committee Member he went on to represent the organisation in negotiations with the T.U.C., The Whitford Committee on Copyright, The Publishers Association, The Incorporated Practitioners in Advertising and The Board of Trade. 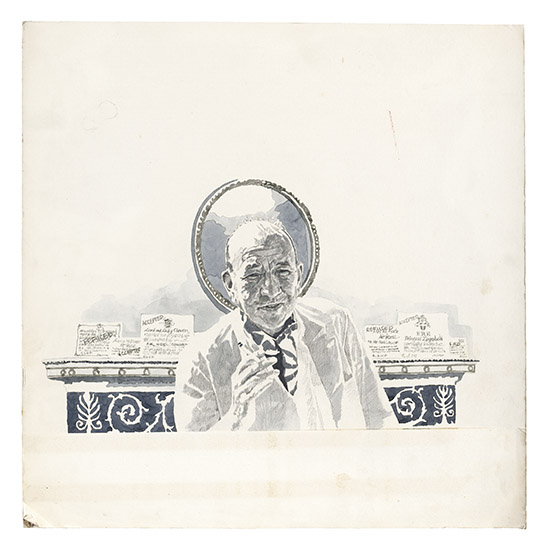 Still working today (‘If I’d been given access to a computer, that’s where I’d be’), recent commissions include painting interiors of people’s homes and a projected trilogy about his early life, including his return to London after the war.