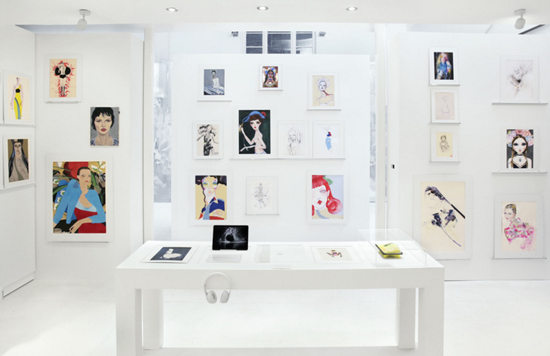 Kate Moss’ collaborations with Nick Knight and SHOWstudio are celebrated at this show. Films from SHOWstudio’s first year, 2000, are on display alongside more contemporary projects with Knight, showcasing Moss’ ability to surprise and transform before the camera. To celebrate her ‘magnetism on the runway’, as well as on the screen, thirty of the world’s best fashion illustrators rendered looks hand selected by Kate Moss as being the most iconic catwalk looks of her career.