Over the last decade stories on science and technology have been part of the fabric of everyday life. Art Directors, Illustrators and Scientists themselves are rising to the challenge to visualize and explore science in astonishingly imaginative ways, in magazines, illustrated books, installations and games. In the article we talk with three leading figures: New Scientist Art Editor Craig Mackie; Neuroscientist turned illustrator Matteo Farinella; and physicist turned artist and digital games designer William Chyr.

“He produced an image that is teeming with life” 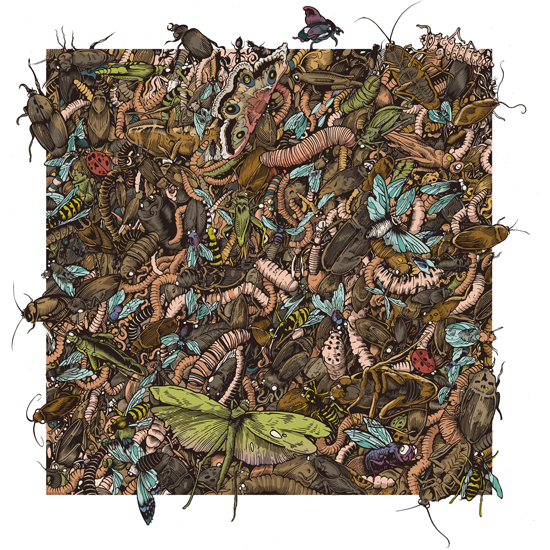 Here we are a few extracts from To Boldly Go; We interviewed Craig Mackie, Matteo Farinella, and William Chry and discussed with them how science and technology have influenced their careers.

Varoom: What image-making tools, technologies have helped to change the way scientific stories are now being visualized?

Craig Mackie: We currently use less things than we used to. The tendency to use 3D software – strata and cinema has waned. It has a certain look and can make things a bit text-booky. And, with time pressures as they are on a weekly magazine, we’ve realized you can be just as effective, if not more, with simpler graphic styles and integrating photos/images as a way to pull a graphic together rather than generating the whole thing. This works for taking things online too. Generating things that won’t function well on our website or the app isn’t very clever, so again cleaner, simple but effective graphics can be digitized easier. 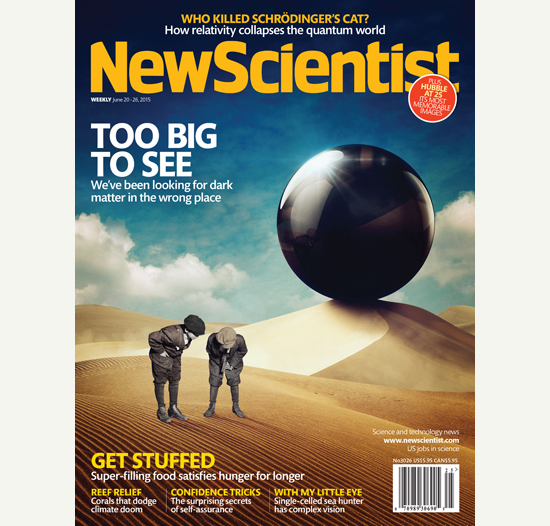 Varoom: Over the last 20 years The Tomorrow’s World/What If aspect of science journalism has become more regular and more mainstream. Do you have any advice or parameters for illustrators doing futuristic briefs?

Craig Mackie: Yes definitely. Don’t get constrained or blinded by the word ‘science’. There is a definite tendency towards changing the approach or even complete style because it’s for a science magazine because illustrators think they need to do a certain thing. So what happens is that you get images that generically illustrate science instead of images that deal with the themes of the piece of science writing. It’s a bit like thinking that this illustration can’t do its normal and incredibly important job of partnering and elevating a piece of text, but instead has to become a diagram or literal interpretation of something mentioned.

We are a magazine whose subject is science but our images need not be scientific. The feature might be about chemistry but it doesn’t need to look like a chemistry lab. An art editor or director has come to you because of your particular skill, style and way of thinking – because you do ‘x’. So don’t think that in fact what you need to do is y x n divided by pi because that’s more sciencey. They want ‘x’. We like to sell science in a less scientific way – get to the heart of the story and illustrate that rather than the details or general field area. 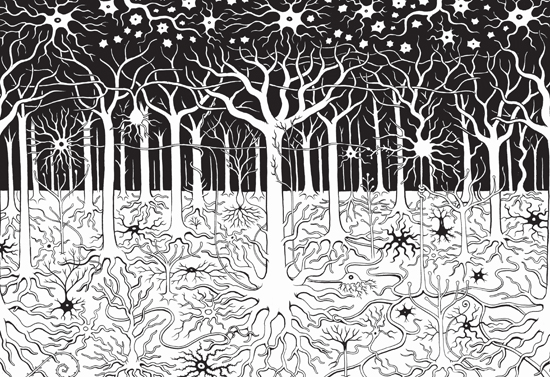 “I think science need illustration more than ever”

Varoom: Who were/are your influences, heroes as image-makers in general, but also in the field of scientific visualization?

Varoom: What are you working on at the moment?

Matteo Farinella: I’m currently working on two new books: one about the science of sensory perception (always with Nobrow) and another one which is meant to be a general introduction to the brain, for a younger public.

The idea of Neurocomic started almost as a joke, when Hana Ros (co-author of the book) joined my laboratory in UCL. After discovering my passion for drawing she suggested that we should write a graphic novel about the brain. Then it became more serious when we decided to apply to a Wellcome Trust People Award.

Hana, like me, studied science but she always had a passion for art and storytelling (which in her case took the form of documentaries), so we immediately agreed that Neurocomic shouldn’t read like a textbook. So we came up with the idea of showing the brain as a sort of wonderland, populated by pioneer scientists and fantastic creatures, hoping that it would be more engaging for the readers. 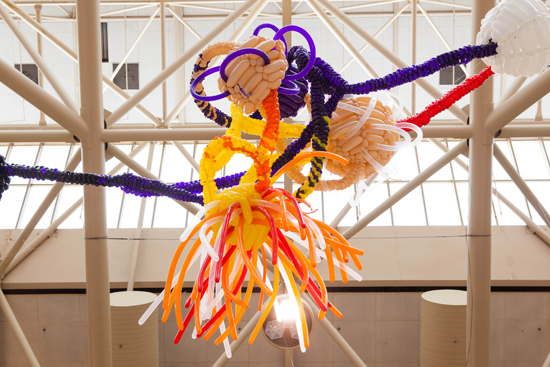 Varoom: Looking at your work one is thinking, ‘how did he arrive at choosing those materials’?

William Chry: I wanted to start making large-scale structures. I remember going to a talk by an architect who worked a lot with glass. He was doing this amazing stuff where he was using different properties and materials to change the way light was being reflected. He was working with some of the physics professors on campus, and he was saying ‘you ought to give a talk to the undergrads’, which was how I learned about his work. I remember thinking that was really interesting, that it was a great combination of science and art, thinking that was something I could do.

I remember trying to research a bunch of materials that I could use to work with, to do something similar. Then I realized I’d been doing these balloon animals on the side at birthday parties and different gigs. I thought, balloons are somewhat translucent, they’re cheap, maybe I can just try using them. 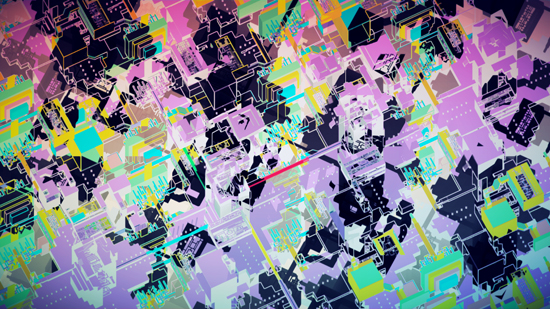 Varoom: You worked through systems and generated a body of work, then you made a decision you are going to work on games?

Someone showed me the work that was being done in independent games, and I thought, I know how to program and I’ve done some 3D modeling, this seems like you can create these very large spaces without worrying about all these infrastructure problems. I was thinking I’d spend three months building this and see what happens. And here I am three years later, and Manifold Gardens is coming out on Playstation 4.

The latest Varoom 30 Issue Visionaries is available to buy here