The Play issue of Varoom is out now, and explores how illustrators and the commercial world use Play as a vital part of the creative process. In Inside the Sandbox, New York illustrator Jennifer Maravillas, expresses how “life is never the same when your process revolves around experimentation. My life and the world around me have become the medium”. The article also talks to Marian Bantjes, Kristi Minchin, Christoph Niemann and Steve Simpson. 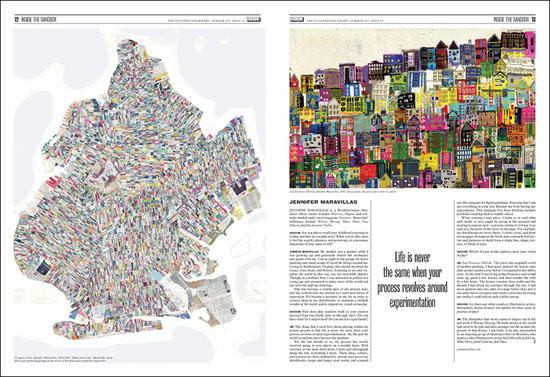 Issue 30 also examines games in digital and physical form. Curator of the National Museum of Play in the USA, Nicolas Ricketts, selects four unusual games from the archive and gives the stories behind them. And Pat Kane in The Play Ethic writes about how he puts play and creativity at the heart of how we need to revolutionize the social and political order in the 21st Century. 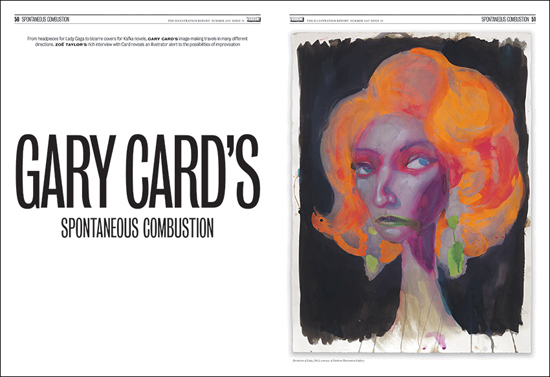 Our cover Chihuahua is by Gary Card, who reveals to Varoom the many possibilities of artistic improvisation, talking us through his fashion and shop display work, Lula exhibition and Kafka book cover designs. 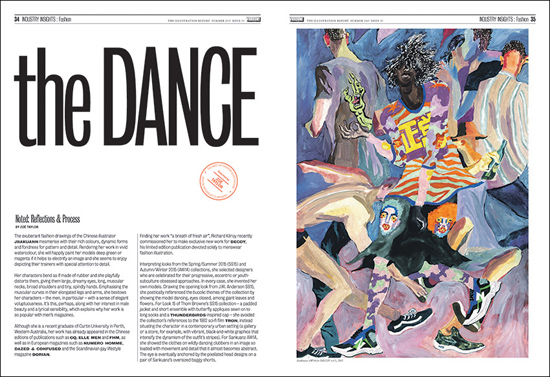 “I always like to inject the images with aspects of youth culture. It’s almost like a ritual that I browse through archives of pictures”

Varoom talks to Chinese illustrator Jiiakuann about her exuberant fashion drawings which mesmerise with their rich colours, dynamic forms and fondness for pattern and detail – all rendered in vivid watercolour.

“Like glimpses of a punkish, darkly humorous, science-fiction dystopia”

In Playing With Space: The Image Theatre of Russell Mills, Rick Poynor examines the benchmark body of work in the history of illustration by Russell Mills, and how he addressed cultural and social ideas within a commercial context in the late 1970’s and the early 1980’s. 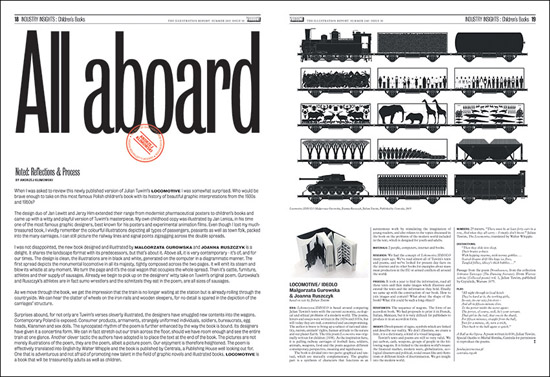 Andrzej Klimowski reviews this famous Polish children’s illustrated poem, and illustrators Małgorzata Gurowska and Joanna Ruszczyk give their perspective on their retelling. “Our version is linked to the modern world’s issues: the financial market, modern wars, globalization, ecological disasters and political, social issues like anti-Semitism or different kinds of discrimination.”