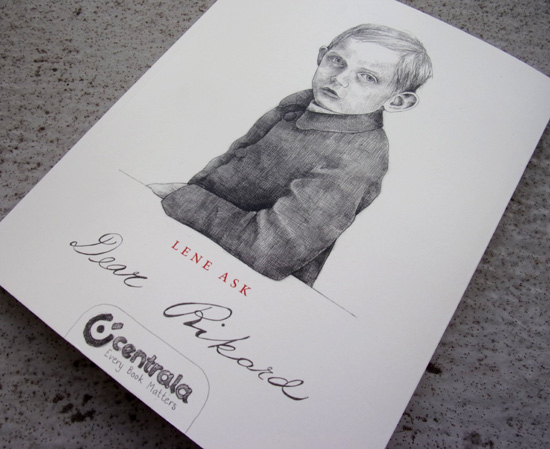 Families relationships are complex, and the emotional attachments that exist between members can be smooth or strained – or both. Physical and emotional distances play a significant part in Lene Ask’s exploration of separation and restrained communication.

Depicting this with great subtlety, Ask brings depth to the painfully formal letters sent between a father and son across the world in the late nineteenth century over a ten year period. Many of us would struggle to imagine a separation of great distance and many years from a parent when still a young child, and Ask’s pencil drawings depict what is happening off the page, what’s not being said, and also discretely commenting on the stiffly penned words. “It is now many weeks since we had a letter from you…” father Jakobsen writes to his three children, left behind in Norway at a school for missionaries children after their mother had died following the whole family’s return from missionary life in Madagascar. Father is now back in that far off land with his new wife, whom he married a few years after the children’s mother died. 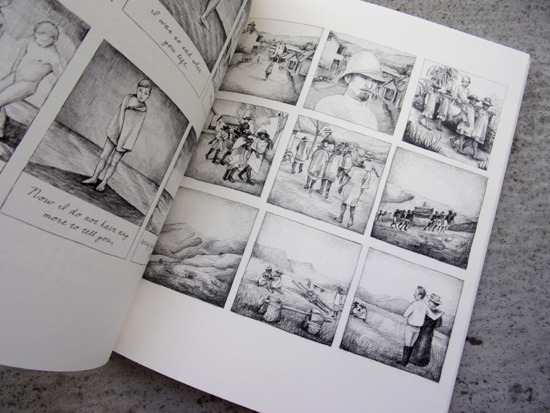 Rikard’s slight missives back to his parent reveal little, with his mentions of school grades giving no context to whether they are good or not – to his father’s written vexation. Emotion is revealed in his letters later on, as the length of separation appears to weigh more heavily on the now growing young man. Ask’s imagery moves from the literal to more involved depictions of the distance between the father and son. One sequence of a Madagacan peach tree disappearing under Norwegian snow, followed by the boy’s hands forming a peach shaped snowball, is a beautifully lyrical part of this impressive graphic novel. 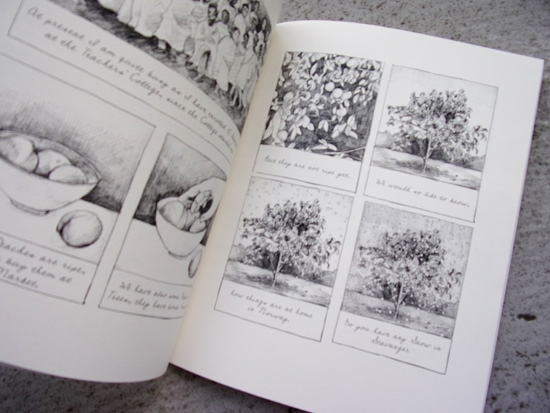 This sensitive depiction of relationships and rarely revealed emotion offers a mature contemplation on lives lived over a century ago, that still speaks to an age where ways to communicate are available to all, but relationships still struggle with feelings that are difficult to express. 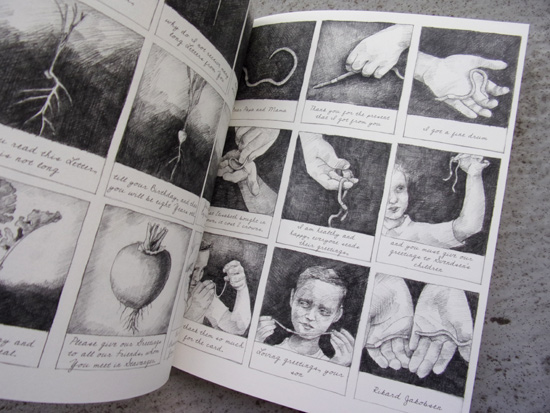