Who uses the Small Claims Track? What type of copyright cases does it deal with? How easy is it to use?

The IPEC Small Claims Track (SCT) can be used by those such as illustrators for less complex intellectual copyright cases, including infringements of artwork, with a value of up to £10,000. It is described as ‘the first enforceable Intellectual Property system which can help creators thrive’, and is useful as a deterrent for those who think they may get away with an IP infringement. Those bringing a case usually represent themselves, although they can be represented by a lawyer, and a number of photographers have used SCT to claim for infringements since it was set up in October 2014.

There is a IPEC Small Claims Track guide here

The guide helps potential claimants to decide if the IPEC small claims track is suitable for a claim, how claims proceed, what procedures apply and more. Claims must relate to: copyright; UK and Community registered trade marks; passing off or UK and Community unregistered design rights. 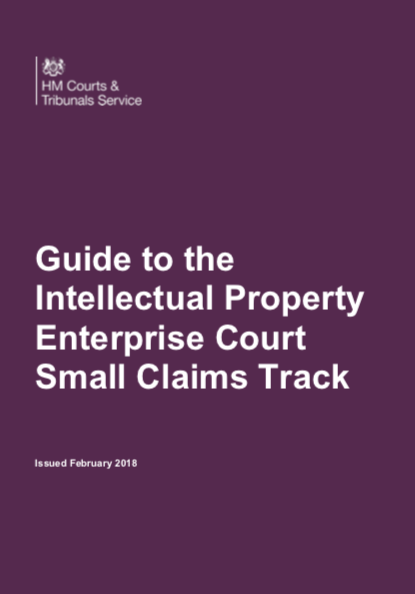 Event Chair, HH Judge Richard Hacon, Presiding Judge, IPEC, introduced District Judge, Janet Lambert, who sits on the IPEC Small Claims Track, who said that the Track has been successful in attracting photographers to bring cases on infringements of their photographs. Approximately 85% of cases seen have been copyright ones, often as a result of photographs being unofficially reproduced online. The small claims track can also resolve cases where a confidante fails to respect a non-disclosure agreement.

There is a free Small Claims mediation telephone service, and around 50% of cases settle before going before a judge. Judge Lambert was keen to emphasise that they see litigants ‘in person’, and that they aim to make proceedings open to the people who need it. Cases are seen in London, but they are ‘open to hearing cases in different ways’ for those outside London.

John Walmsley of Education Photos, a photographer and owner of a small specialist image library spoke on his practical experience of the SCT process, which he has been through three times. The judges found his comments useful as he proposed ways in which the SCT could be more beneficial for claimants or potential claimants.

Currently judgments from cases are not published, so are not visible to the public, and he advised that settlements are disclosed to give people assurance the SCT was working. Also, that payments to claimants should be high enough to be ‘dissuasive’, rather than set at the value of what the infringement would have been had it been a commission. He proposed that the results of the Mediation service should not be kept secret, to give potential users more confidence in using the service and SCT.

Gwen Thomas of the Association of Photographers contributed a recent case study of one of their members, who had won costs and interest on the costs. She commented that the court paperwork could be more clear for the layman, and that more help was required with this area. Possibly pro-bono lawyers could assist?

Nicola Solomon, CO of of the Society of Authors, and judge on the SCT, said that generally Publishers, rather than writers, deal with infringements of texts.

She stated there is more paperwork involved with the SCT than the normal Small Claims Court, and claimants have to prove what the damages they are claiming are. But she confirmed that the SCT is good for the threat of enforcement.

At the end of the session, the judges said it had been useful feedback, and they would look into some of the suggestions, such as a summary of outcomes being published.