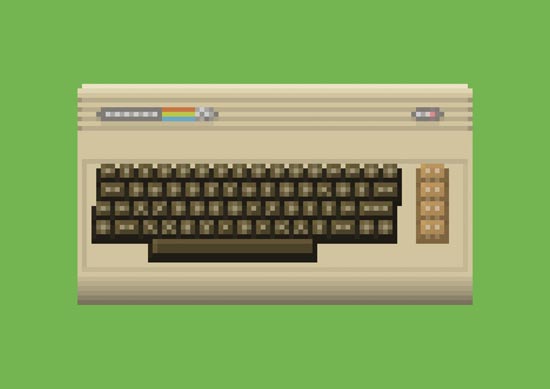 Walter Newton was born in 1981 in Glasgow. He remained there for the next 21 years, attending the Glasgow School of Art before moving to London to attend the Royal College of Art. Five years later, Walter lives and works in the Midlands, illustrating and animating.

20 GOTO 10 is an exhibition Walter’s pixel-based illustrations and animations from 2012 to present. The show comprises of both original creations and commercial work for the likes  of GQ, Maxim, Men’s Health, The Atlantic, Harvard Business Review, The Guardian and Edge Magazine. 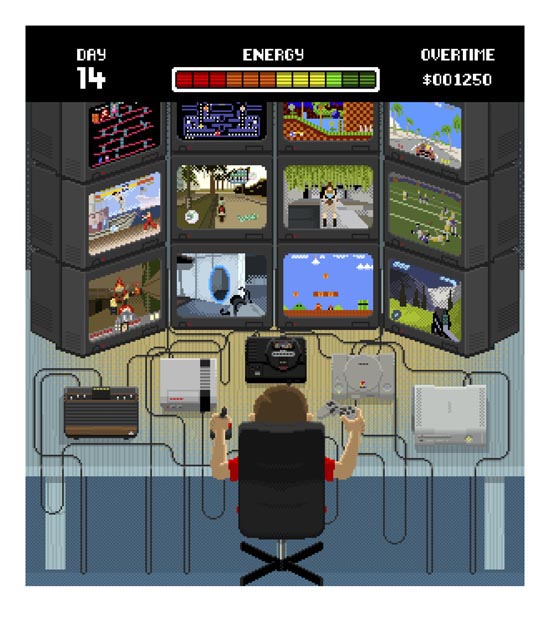