Looking through the archives of the AOI members publications, we have discovered an interesting article from Illustrators 58 from May 1987.

Contributor Mike Munday writes about his reaction to a ‘strange Japanese magazine’. The Artworks Committee of Tokyo is a visual feast of artist’s contributions with seven volumes having been published with 25 artists from all over Japan contributing one piece each edition.

The magazine featured a surprising amount of handproduced work, including collages of paper and fabric, line drawings, oil paintings, screenprints, photography and etching. Though what seems to be most fascinating is the subject matter ‘There is quite a strong strain of sexual preoccupation, often crude, sometimes sinister: a close up photo of a Vulva, scribbled over with jagged dayglo pen strokes; a sepia photo of a woman with a (retouched) penis and a cigarette burn on the mount; a condom dipped in blue paint and stuck beside a rather poor drawing of a hand. Such imagery tends to reinforce the impression that some contributions are by young, immature and male artists.’

While there is a clear sexual theme with many of the pieces there is also a balance with many humorous images and what seems to be a fascination with English words and phrases. 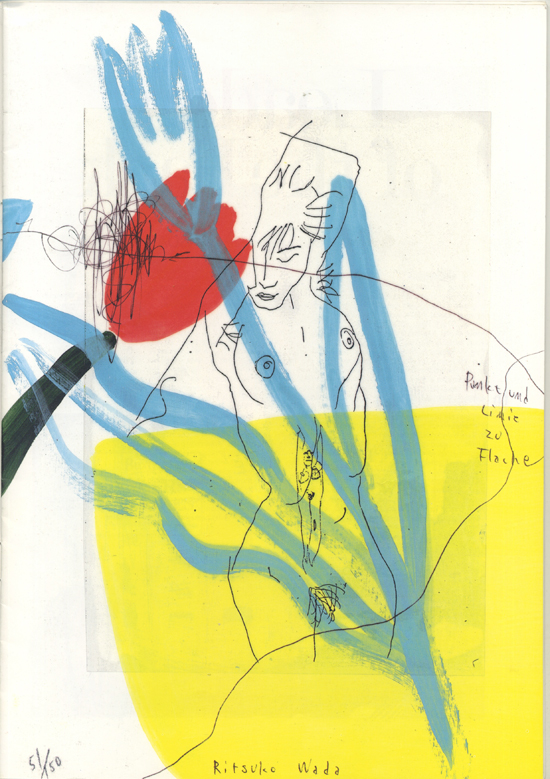 Munday continues to explain his general feeling of the work as an ‘Uninformed Westerner’, suspecting that there is not much of a division between illustration and fine art in Japan. But concludes that ‘As an attempt to keep the rest of the world in touch with some of the more intriguing developments in contemporary Japanese art it’s a great idea.’ As a promo it is unique, as it provokes questions so the audience will want answers ‘What is this?’ ‘Who are these people?’ ‘Why a Pink whale?’ and so on. It must be one of the most oddly effective, not to say ambitious teaser campaigns ever.’