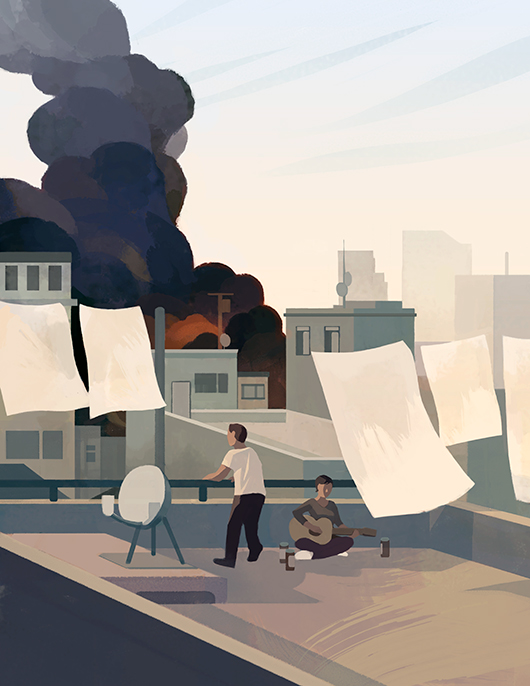 I can’t imagine working in a job that isn’t creative and I want to enjoy the portion of my life that’s spent working. When I was younger I wanted to be a fine artist, but when I discovered that there was a profession that was brief-based and gave me a much better chance at making a living doing what I enjoy I decided to go down that route.

What was your first break as an illustrator?

My first job of note after leaving University was a series of posters commissioned by DLKW Lowe for the Royal Air Force. At that stage I really hadn’t solidified the direction I wanted to go and there was a part of me that still wanted to pursue a fine art career. I was producing all my illustrations in oils with little or no digital manipulation.

After completing the commission I was pretty certain that I never wanted to paint for an illustration again; the nature of the business being what it is, changes have to be made and I just didn’t think I had the competency to make those amendments consistently to the kind of time frames an ad agency requires. I learnt a lot while working on that commission and it was actually a relief to put down my paintbrush and go completely digital, which I find a lot more fun overall. 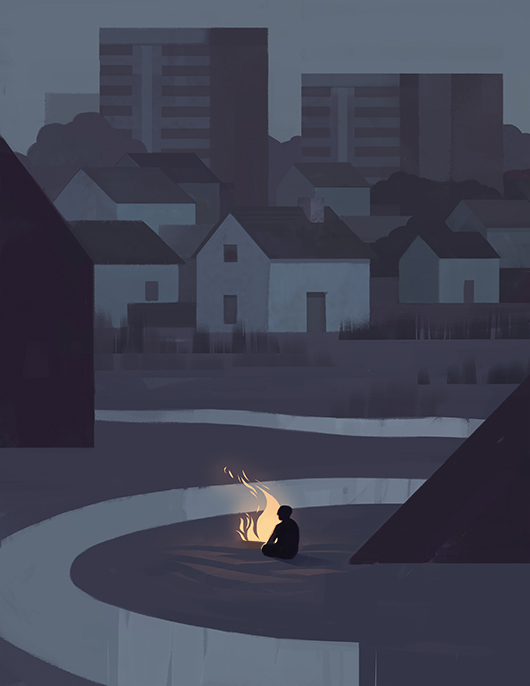 How has social media helped you with your freelance illustration work?

It’s probably my biggest weakness, but I’ve tried to force myself to stick to a regular schedule of updates on most of the main social media sites. Just keeping a twitter account for my work has gotten me a couple of commissions and I see a decent flow of hits back and forth between my site and all the social media platforms.

What importance do you put on your own personal body of work and how does this influence you commissioned work?

I haven’t found much time to work on projects that I would really consider personal. Though I try to do as many self-initiated projects as I can, none of them are really personal to me. I’d really like to do some sort of narrative, I just need to find time to set aside for it.

Anything I do for myself usually has a sense of quiet to it that I try to bring in to commissioned pieces. Bombast really isn’t my style: I like art that’s contemplative, sparse and slow-moving. I think there’s a place for that even if there’s a lot of visual competition from explosive, colourful art. 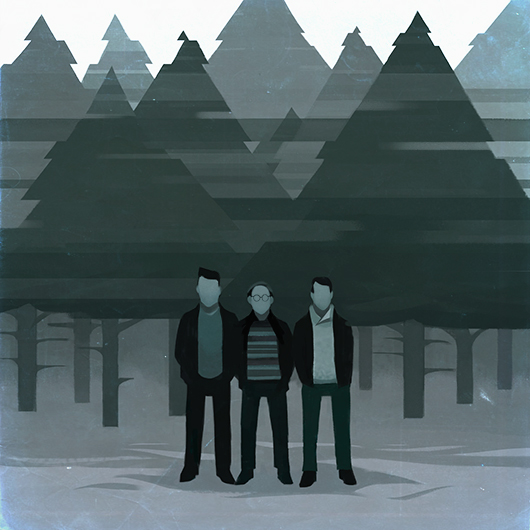 Yves Geleyn and Hornet Inc. approached me to produce the initial background visuals for their film ‘Monster in the Closet’. The film highlights gun safety issues in the US with a tragic story about a young boy discovering the gun his parents keep in their house. I was asked to produce simple, clean illustrations with an emphasis on lighting and a degree of tonal abstraction. My images were then reworked by the team at Hornet for use in 3D space as part of the animation. It’s obvious from the close similarity between my initial images and the backgrounds of the animation that they’ve done a great job!

The commission was one of those dream jobs that go smoothly from start to finish. Yves and Hornet wanted my work for the style I have, but also gave brilliant direction, including visual reference that gave me a clear idea of exactly what they were looking for from the outset. From there it was just a case of completing their list of illustrations and making any amendments. My part in the process took just a couple of weeks and it’s really flattering to see my illustrations as part of the whole piece. 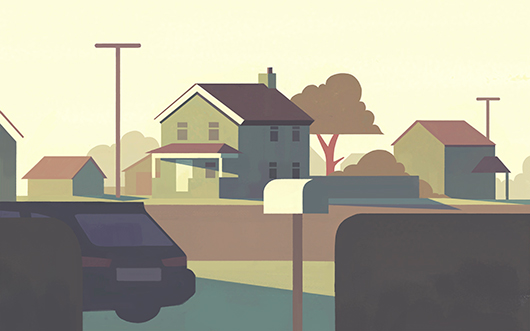 How did you find the transition between education at Falmouth University and working freelance? Were there any obstacles you had to face that you didn’t expect?

Falmouth gave me a really good grounding in the business of illustration and I felt really well equipped to go out into the world and start working. Any obstacles were purely of my own making: it took me a while to really solidify how I wanted to work and where I wanted to go with illustration, but once I had that down it was just a case of putting their teaching into practice. 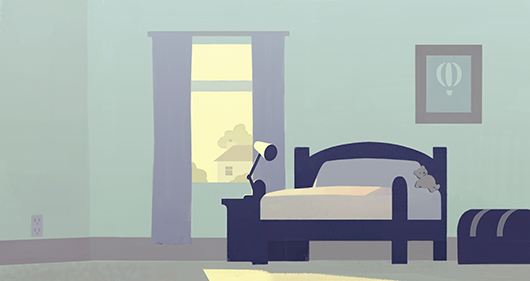 Drinking coffee and looking at pictures of dilapidated buildings mainly. I guess the drive to keep improving and pushing forwards to get the next job is what actually gets me out of bed though.

When are images stronger than words?

Although I don’t really do it, I think conceptual editorial illustration is probably the best example of images used for communication. A great editorial image can tell you exactly what’s going on in an article before you’ve read a single word and has the power to bridge language and cultural barriers where words do not.