AOI Patron, Ralph Steadman, is holding a retrospective of his work – Steadman @ 77. 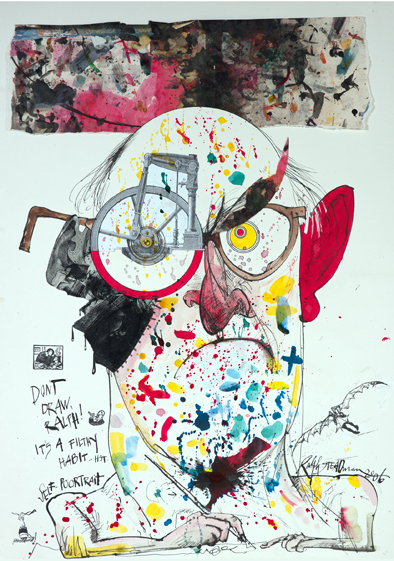 Ralph is one of the most important British illustrators of the last fifty years. He is famous for his long collaboration with the writer Hunter S. Thompson, most notably providing the illustrations for Fear and Loathing in Las Vegas (1971), and helping to create what has since become known as â€˜Gonzoâ€™ journalism. Steadman has attained a cult status in certain circles and has influenced many graphic and comic artists. His art has won him an international reputation and received numerous awards. His own illustrated books have been translated into several languages and his artwork has been exhibited around the world.

To celebrate his multifarious career (and his 77th birthday) the Cartoon Museum is mounting a major retrospective of his work over the last 50 years. It will feature over 100 original artworks. 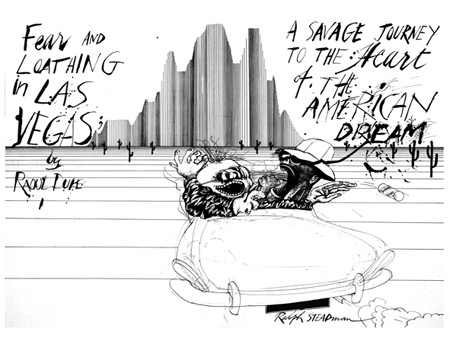