The evening of 11 April saw the latest in Varoom magazineâ€™s events based on the theme of the most recent issue take place at Foyles in London. Issue 21â€™s theme is Rules. Members of First Hand reportage collective were drawing throughout the evening, and weâ€™ll be showing their results on the Varoom website soon.

Produced by the AOI, the event was chaired by Varoom editor John Oâ€™Reilly, with three panelists discussing their work around the theme of Rules. First on was Phoebe Halstead, a freelance illustrator, animator and director of â€˜pH Level Studioâ€™ animation studio and founding member of the illustration collective First Hand whose members took part in the 24 hour Musicals event covered in Varoom 21.

Maker of interactive childrenâ€™s books and comics, Viviane Schwarz, spoke next about her new Welcome to your awesome robot book, featured in Varoom21 and also covered her well known title, There are Cats in this Book.

AOI staff, Helen and Derek, were then very surprised to discover a â€˜foundâ€™ playing card (7 of Hearts) lying on the pavement in Oxford Street on their way to the tube. Spooky! 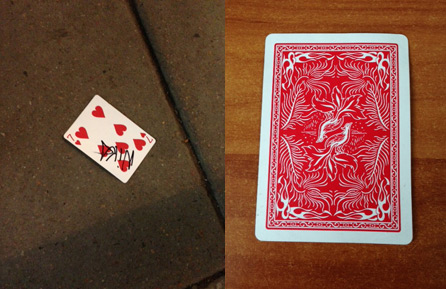