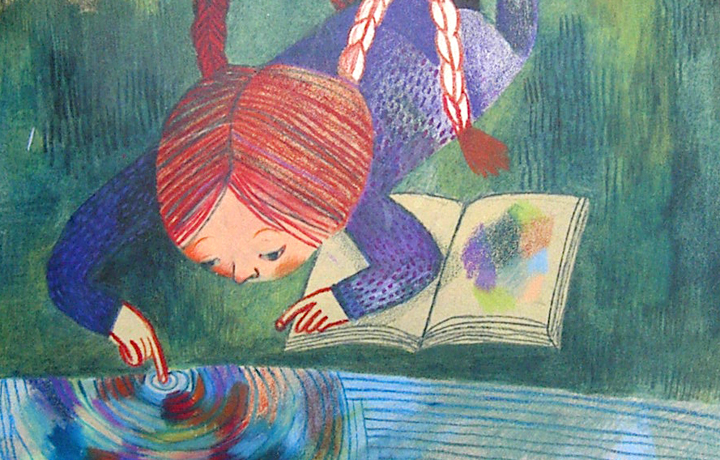 by Martin Salisbury and Morag Styles.

From Maurice Sendak’s Where The Wild Things Are to Judith Kerr’s The Tiger Who Came To Tea children’s picturebooks make a profound impression on us in childhood. As co-author Morag Styles writes, picturebooks, ‘appear to weave themselves seamlessly into the lives of young readers.’ Yet it is easy to dismiss this genre as lightweight or ‘babyish’, a stepping stone to stories told entirely through the written word. Children’s Picturebooks addresses that misconception. Written by two well-respected academics – Professor of Illustration Martin Salisbury, and Professor of Children’s literature Morag Styles – it covers the history, practice and theory of picturebooks, intermixed with professional case studies of individual artists (such as Marta Altés’ witty dog story ‘No!’), printers, and publishers. 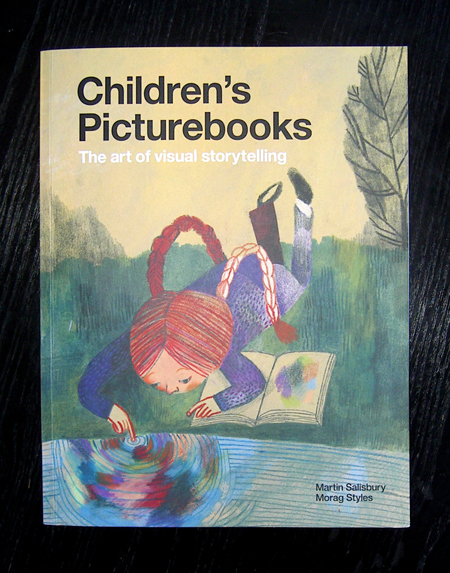 Children’s Picturebooks bridges the gap between scholarly text and basic overview. And gaps are what picturebooks are often about – those spaces left between the words and the pictures that allow the reader to interpret the story in their own way. These ambivalent spaces are what make picturebooks so intriguing, so beguiling, the authors cite the 1964 picturebook Grandpa by John Burningham, where the verbal text does not explicitly mention that Grandpa has died, but the image of his empty chair implies it.

Relationship of word and Image

Picturebooks are distinguished from illustrated storybooks not only by the increased number of images they use, but also by the particular relationship between word and image. In a picturebook, the authors argue, these two elements work together in a playful and dynamic way, each enhancing and extending the other to create meaning. There is a sequence of images that, usually in conjunction with a small number of words, carry much of the ‘narrative responsibility’ of the story. 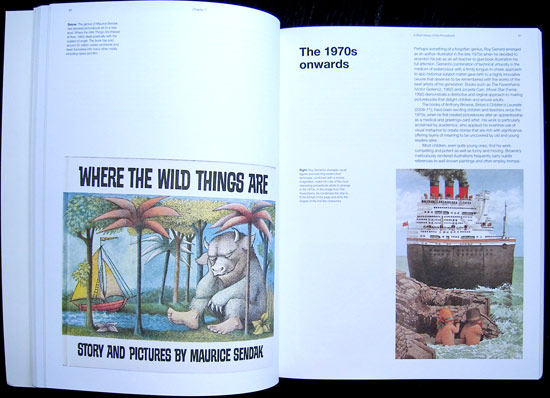 By learning to read these sequences of images, children not only learn about the rules of narrative – for instance how the plot is driven forward by one event following another – but also about how character and mood can be conveyed through the use of colour, line, perspective, framing and positioning on the page. Even young children, the authors argue, can interpret the body language of a character, or understand a visual metaphor, for instance where an object is used to represent a character, such as in Anthony Browne’s The Tunnel, where a ball represents the boy and a book his sister.

In some picturebooks words and pictures act in counterpoint, each telling different stories. The authors cite Pat Hutchins’ Rosie’s Walk as a celebrated example of this. The words in this book focus solely on Rosie the hen’s unflustered journey across the farmyard, but the pictures show the sorry tale of an unfortunate fox’s thwarted attempts to catch her, stepping on a rake, or being chased by a swarm of bees. Picturebooks may incorporate challenging subject matter, too, encompassing such sensitive and controversial areas as bullying, aggression, depression and even domestic violence. Two books that fall into this category are Bully by David Hughes and Håret til Mamma by Norwegian husband and wife team Svein Nyhus and Gro Dahle. And many are not solely for young children – for instance Shaun Tan’s wordless picturebook The Arrival, which deals with the complex and emotional subject of migration. 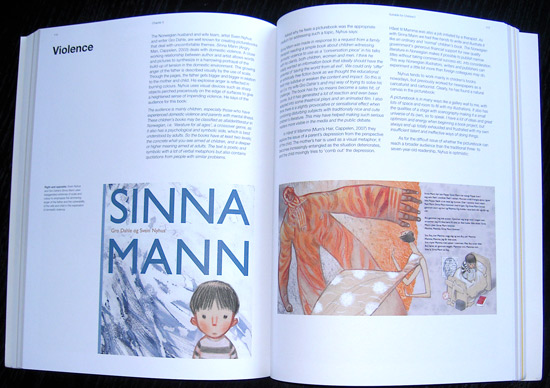 As well as a fascinating history chapter referencing the works of illustrators such as Randolph Caldecott, Edward Ardizzone, William Nicholson, Kathleen Hale, Brian Wildsmith and Charles Keeping, Children’s Picturebooks has useful practical sections on printing techniques and the publishing industry. The former includes explanations of relief printing, such as wood and lino cuts and wood engraving, etching, lithography and digital print-making, while the latter includes information about publishers, agents, contracts and the editorial process.

Packed with illustrations and drawing on a host of academic research, Children’s Picturebooks highlights the unique qualities of this genre, confirming its importance within both children’s literature and the visual arts. It will be an invaluable addition to the library of any illustrator interested in working in the field. For not only do picturebooks entertain and tell stories, they can, the authors suggest, be ‘timeless mini art galleries for the home’. 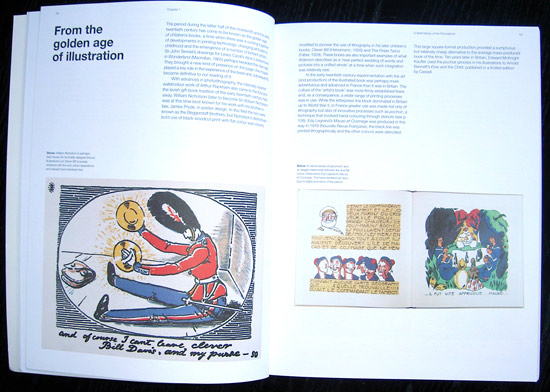 Clare Walters is a freelance journalist, writer and co-author of several children’s picturebooks. She originally qualified as a primary school teacher and has recently completed an MA in Children’s Literature at Roehampton University in London.