Why did you make this work:
‘A border is a real or imaginary line that separates two things’. As such, it has played a key role in the preparation of geographical maps and have a fundamental role in creating architectural experience. This research investigates how borders are more than just lines and different properties of a boundary can construct a politically generated architectural project situated in Marseille.

How was the illustration used:
Architectural Drawing and Model template

How did you make this work:
The project is an urban park/pomegranate factory. Distorted perspectives drawings exaggerate the experiential spaces that are generated by numerical data, allowing visitors to ‘occupy’ data when they try to access a park facility. Sharp colours are to establish an overarching line of inquiry that highlights the concerns of the political stability of pomegranate fields in Afghanistan. 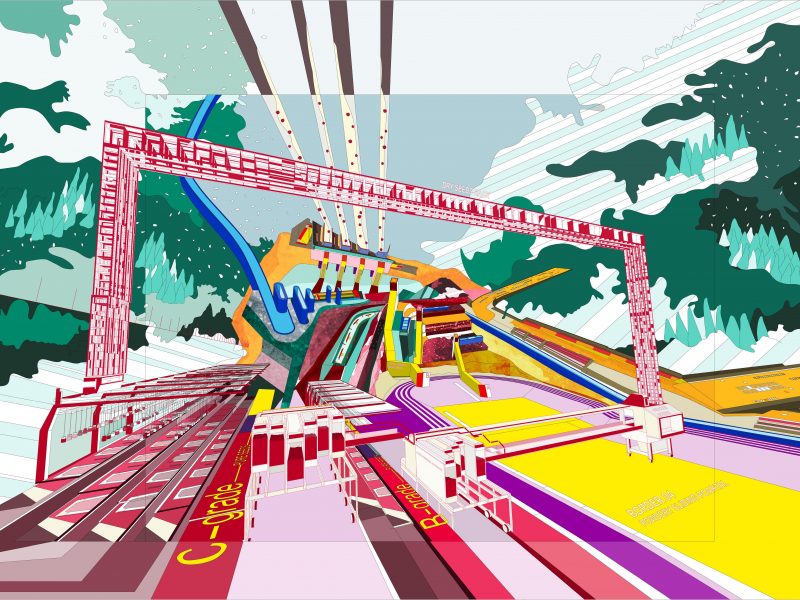 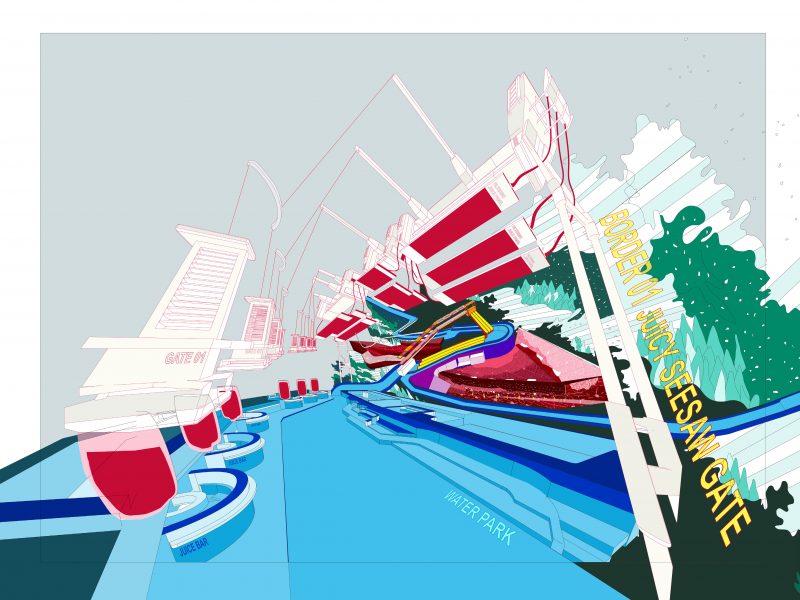 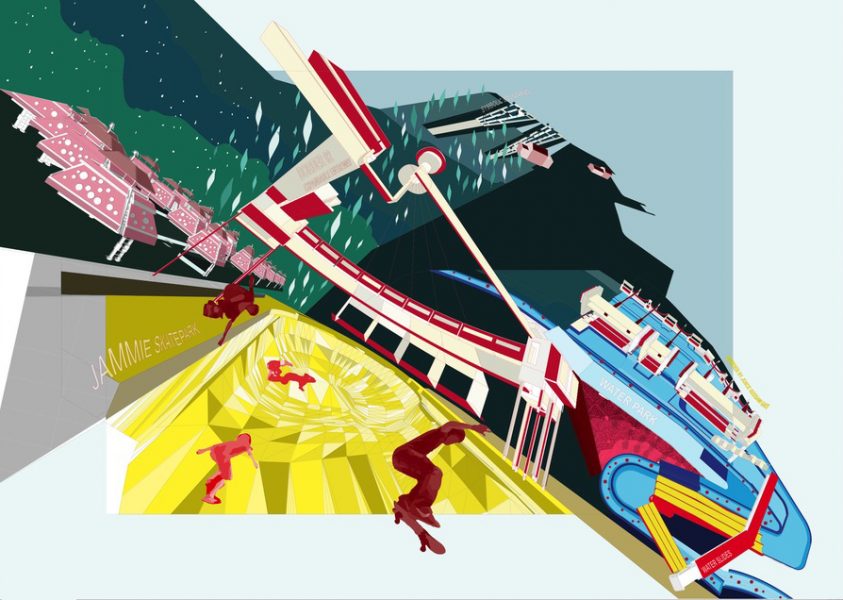 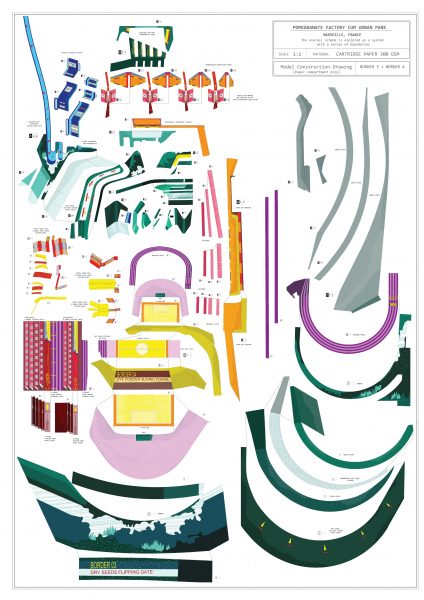 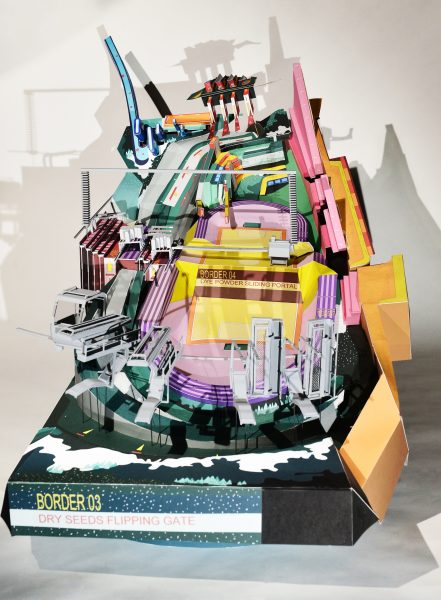