Why did you make this work:
The brief from the client was very open. They sent me videos of the pixel-based algorithm as inspiration. I thought it would be a great idea to incorporate the pixel shapes from the program into the illustration and contrast them with the organic shapes of today's scientists still using them. I also really liked the interesting effect the pixels had on the depth perception of space in the image.

How was the illustration used:
The illustration was used for an article on the "Game Of Life" in Smith Journal, a Melbourne based magazine. Conway's "Game of Life" is the name of a very simple pixel-based computer program that was developed in the 1970s to emulate cellular growth. It is still used today in many fields of science to depict the development of complex structures out of simple elements.

How did you make this work:
Sketching (pencil on paper) with multiple photographic and illustrative references, working towards a final illustration in Adobe Photoshop within 2-3 alternate versions of similar ideas with the art director of the magazine.

Biography:
After having wasted years pursuing a degree in management, Yannick realized he wanted to give illustration a shot at being more than just a hobby. Since then, he has developed a distinct style that manages to create a unique sense of atmosphere in his work. Yannick also loves plants, skateboarding and vintage road bikes. 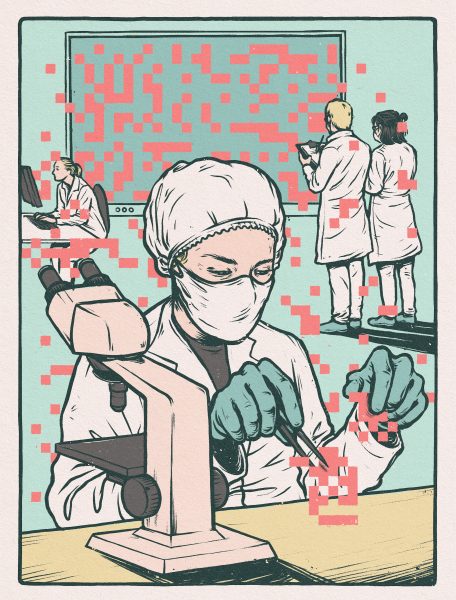