Matt Huynh traditional media and organic, primitive materials to maintain warmth and a sense of the human touch behind the polished, interactive presentation. The imperfect and degraded line was chosen for Mai, Quyen and Truong's urgent story of stark survival battling against the elements and fleeing for their lives. Given the level of production and multimedia elements involved in the comic display, it was important to preserve comic's deliberate poetic economy throughout. This demonstrated itself in the restrained palette, sparing use of motion a 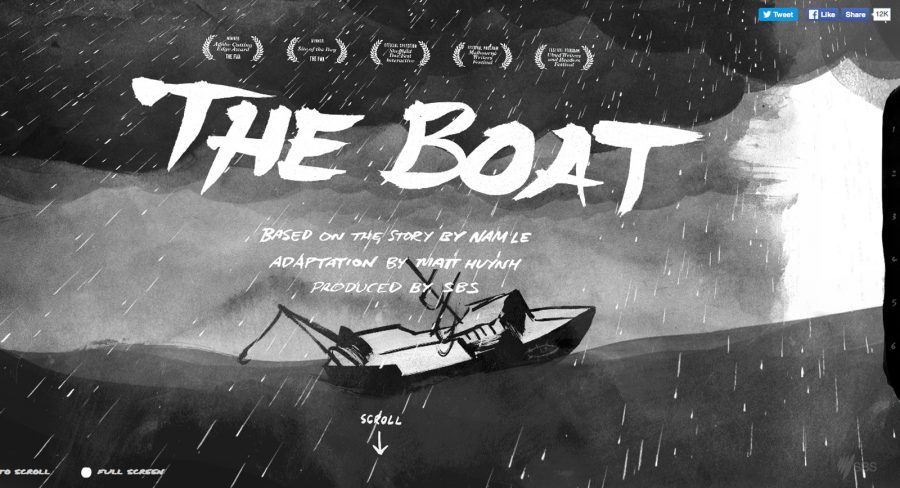