Roman Muradov is an award-winning author and illustrator living in San Francisco, where he works as a professor at California College it the Arts. His work has appeared in the New Yorker, the New York Times, the Paris Review, Vogue, and Lucky Peach, among others. His books include On Doing Nothing, Vanishing Act, (In A Sense) Lost & Found, Jacob Bladders and the State of the Art and the End of A Fence, as well as the French collection Aujourd’hui Demain Hier. His works have also been translated into German, Italian and Korean, and he’s done numerous residencies and workshops around the world.

He has designed books for Penguin Random House, including the Penguin Classics Centennial Editions of James Joyce’s Dubliners and A Portrait of the Artist as a Young Man. He also has a couple of medals from the Society of Illustrators, a cube from the prestigious Art Director’s Club, and an imaginary dog named Barchibald. 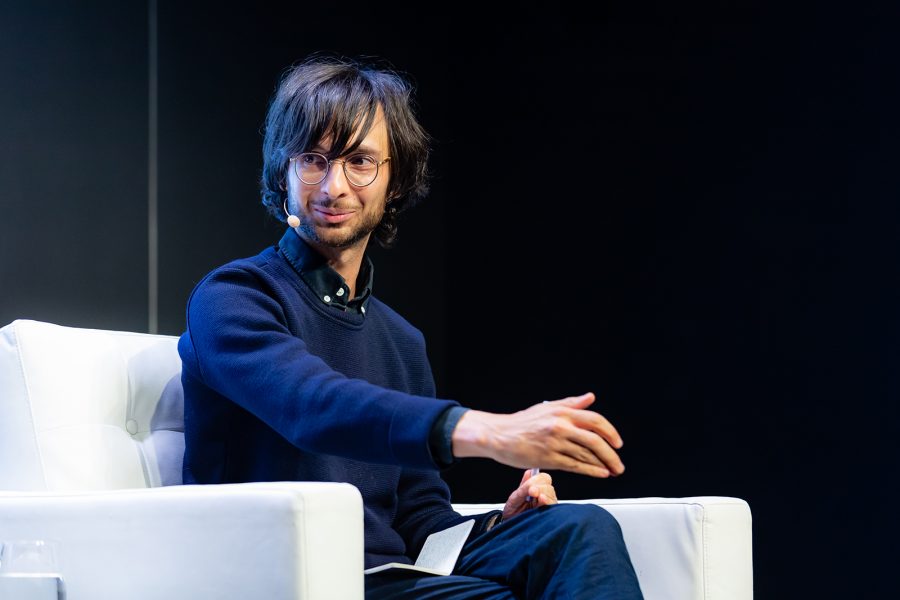