Why did you make this work:
I made this poster in response to a brief to make a digital film poster for a film festival being held at our university. I was tasked to illustrate a selection of short, silent films starring Mabel Normand. I chose to focus on 'The Nickel Hopper' as it was the most visually rich of the films.

How was the illustration used:
The poster was used to advertise the online film festival and was displayed and discussed before the screening of the film.

How did you make this work:
As the film follows a ‘taxi dancer’ attempting to become financially emancipated from her controlling father it was important to portray the dancer’s experience in male dominated spaces. I made dozens of loose ink sketches before editing them in photoshop to evoke a screenprint. I chose a palette that evoked the dancer’s night time trade and utilised experimental hand lettering.

Biography:
Rachel Cannings is an Illustrator and printmaker based in Glasgow. Since graduating in 2021 she has worked on a Glasgow City Guide and has created a letterpress calendar and card collection with The Passenger Press. She is playful in approach and enjoys exploring themes of community and culture. She loves designing publications, posters and prints. 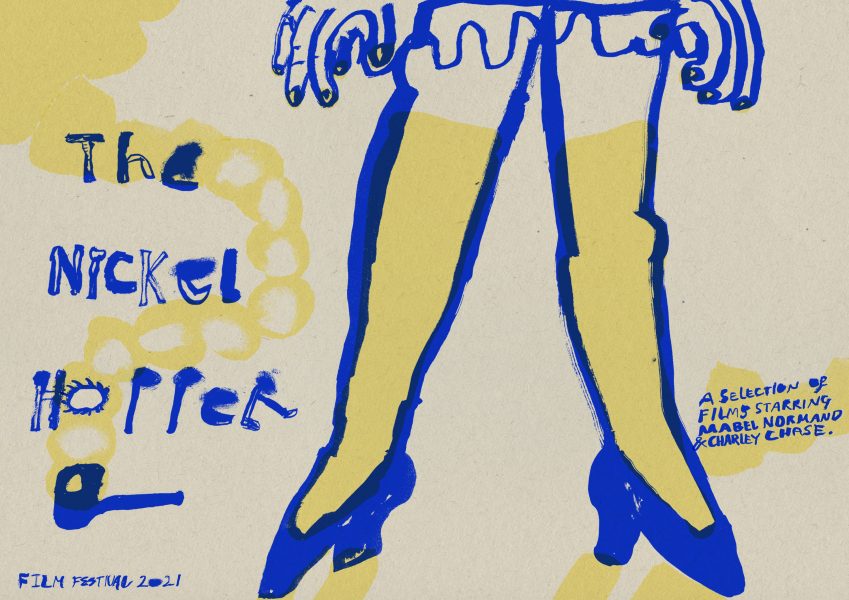