Why did you make this work:
This image is part of the series "Political Posters" - a collaboration between Felix Kosok and Ollanski. There are lots of political topics these days that are causing us to think about the weirdness of the times we're living in and we want to highlight these issues in a cool and creative way that looks sleek and interesting on top of that. As per usual, Ollanski works in paper craft.

How did you make this work:
June 2017: After Messi now Ronaldo seems to have been playing another game besides soccer. One must wonder about this money game being played behind the scene while the official game is being played. In dubio pro reo... you know it's "just a game" #donthatetheplayer #hatethegame This is the first one in our collaboration series. Concept: Felix Kosok  Crafts and photo: Ollanski 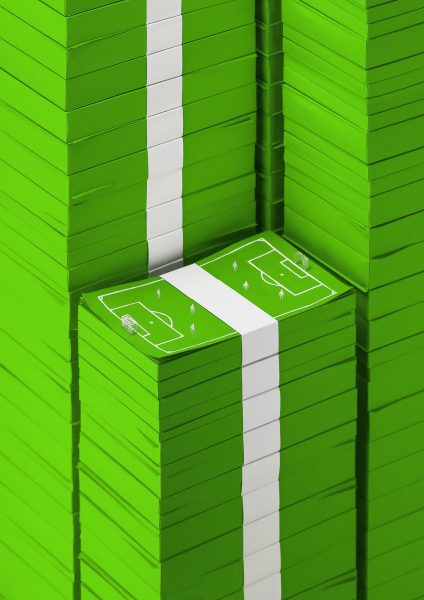